The Best Restaurant Dishes of 2009

Although we probably ate out as much as in any other year, there were far fewer outstanding restaurant meals in 2009 than in the past. We dined most often at the Nautilus Diner (which can produce a pretty tasty meal if you know what to order) and Red Robin (a convenient place to grab a Tuesday-night burger before grocery shopping). Other than that, we did a lot of chowing down on Chinese food (particularly Grace Garden and dim sum at Asian Court) and lamented the lack of good non-Chinese ethnic food in our area.

Here are a few of the highlights of our other restaurant meals, in no particular order.

Oysters Rockefeller Bisque from Cajun Kate's. We ate this at home, but it wasn't home-made, so it counts. 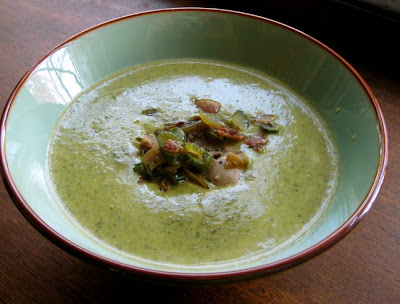 Lemongrass-"crusted" filet mignon at Roy's. Cooked sous-vide, it was tender and moist and full of lemongrass-y flavor.

Just about everything we tried at Sake Bar Hagi in New York was terrific, but particularly the fried gobo chips and the stir fried noodles.

I loved the tuna tartare and Salmon Imperial at Kyodai in Towson.

The simply prepared halibut at Volt was one of the best pieces of cooked fish I've eaten in a while. I also enjoyed the sweetbreads, the Cherry Glen Farms goat cheese mousse in my salad, and the dessert quite a bit. Oh, the whole darn meal was delicious. 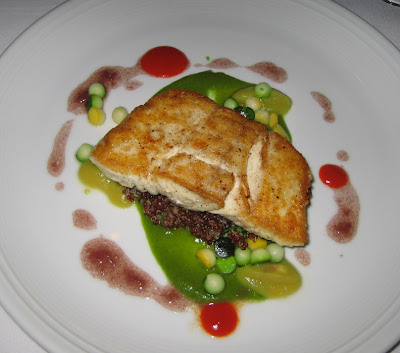 Overall, we weren't impressed by the overpriced offerings at RA Sushi, but there were two standouts during the happy hour we attended: 1) the crispy spicy tuna was a fabulous melange of textures; 2) the $4 Ketel One Saketini was pretty fab, too. But again, those were Happy Hour prices - not sure they would have made the list at full price.
And perhaps because it's clearest in my memory, but the New Year's Eve dinner we had at Crush was pretty wonderful. Mr Minx started out with the always-delicious "bacon and eggs" risotto which seemed to be extra-special bacon-y that evening. My short ribs with sautéed mixed cabbages and parsnip/celery root purée was outstanding (celery root - where have you been all my life?), as was Mr Minx's seared tuna with "everything bagel" crust.
For a walk down my own personal memory lane, here are my favorite dishes of 2008 and 2007.
Posted by theminx