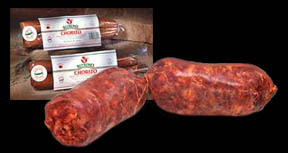 And it allowed me to warm up the house for a bit, too.
Posted by theminx No comments:

Yesterday was our sixth wedding anniversary. My husband and I had originally planned to go to Ixia, but encountered yet another issue with their reservationists. I had tried to make a reservation for New Year's Eve last year, and they insisted that they needed not only my credit card number but also my signature. And they wanted me to fax it. I refused, stating all the hundreds of transactions I had made over the years via the phone and Internet did not require a signature, so why should it be necessary now? Anyway, we did not eat there on New Year's Eve. This time around, I did manage to make a successful reservation, only to be called back by a second person and told that the restaurant was closed for a private party and my reservation could not be honored.

So we went to Saffron instead. We had been there a few years back, in its first incarnation as an Indian fusion restaurant. The meal was completely forgettable, and the service was poor. Although the place has not changed hands, it has changed chefs, in the form of one Edward Kim, he of the now-closed but well-reviewed Soigné. Ironically, Kim was also the original chef at Ixia.

Saffron now bills itself as "Modern American," but it is strongly Asian fusion, with such elements as yellow curry, sriracha chile, wasabi, wakame, tobiko, miso, and udon noodles on its menu. Reviews have been excellent, so Neal and I decided to give the place another try.

The decor has changed little, but wow, what a menu! I was immediately attracted to the seared foie gras with scallop and duck confit and caramelized pear rum butter reduction. Neal chose the grilled stuffed squid with crab and shrimp mix and orange coconut curry for his appetizer.

The portion of foie was more than ample. Atop an unruly pile of tender duck confit and pieces of scallop sat a crescent of foie about 3/4" of an inch thick and about 3" long. As I tried a bite, I noticed another chunk of foie almost as large as the first, hidden in the tangle of duck meat. The foie was seared so it was crisp on the outside and meltingly rare in the center. The confit was stellar - moist and chunky full of flavor. The scallops were completely unnecessary, and added nothing to the dish, but were tasty nonetheless. And the sauce was just rich brownness. I detected some bits of dried fruit here and there, but not an actual fruitiness, and unfortunately, no rum.

Neal was unsure about his dish. It was a lightly grilled whole squid, stuffed with a mixture of pureed shrimp and crab, and topped with a sweet curry sauce that didn't taste much of curry at all. Perhaps is was more a Thai style curry than Indian? Anyway, I think the squid was slightly undercooked, as it had that somewhat squeaky, unyielding texture that is also present in raw squid sushi. The crab flavor was very strong, but I thought the dish had a nice balance of flavors, overall.

I just wish both appetizers had been served hot, rather than room temperature.

Several large and browned scallops surrounded a mound of brown risotto. There was a dark brown sauce drizzled around the edges of the plate. Despite the unrelenting brownness (hello? how about a token vegetable, just for color?), the scallops were perfectly cooked, and the risotto was amazing. The rice was cooked al dente, yet the concoction was unctuously creamy. There was a generous amount of confit mixed into the rice, and the whole thing was flavored with truffle. The balsamic drizzle also seemed to have finely minced bits of truffle in it. I would say that the dish was somewhat decadent. Again, the scallops were unnecessary. I would have been happy with a big bowl of the risotto alone.

Neal's entree contained three cumin-crusted double chops arranged over the braised cabbage and the ethereally light gnocchi. I didn't get to taste the cabbage, confit, or demiglace, but the way he polished his serving off, I'd say it was probably very tasty. Despite the cabbage, Neal's dinner was also overwhelmingly brown. In fact, the only color on the table had been the orange curry sauce on his squid. Perhaps the kitchen needs to work on making their dishes more visually appealing.

We washed down our meal with a bottle of 2005 Fleur Pinot Noir, a very light and smooth red that went very well with all of the food.

We had to try Saffron's desserts, despite having two boxes of Jacques Torres chocolates at home. The menu was limited to the ubiquitous creme brulée, flourless chocolate cake, vanilla ice cream, a banana spring roll, and a mascarpone "pot de creme" cheesecake. We went with the latter two.

The banana spring roll was a long cylinder of brownness, cut on a diagonal. The crisp fried wrapper simply contained banana, and the whole thing was drizzled with homemade caramel sauce. I thought I detected a slight taste of curry powder, which was interesting. A small scoop of vanilla ice cream would have been a welcome touch.

The cheesecake was entirely too sweet. A cup-sized ramekin was packed with the cheese mixture and topped with more of that caramel sauce - definitely sweetness overkill. A portion half that size with a side of fresh berries drizzled in a balsamic syrup would have made for a more balanced flavor profile.

While Saffron did not have the perfection that I expected from Edward Kim, the flavors were fine and the quality of the food was high. They just need a little work on temperature, color, and dessert.

Oh, and an open kitchen in a restaurant that small isn't the best idea. The restaurant was hazy with cooking oil, and our clothes reeked when we left the place. The lighting is also a bit harsh, and I did not appreciate the fluorescent track spotlight hitting me in the face for the entire meal.