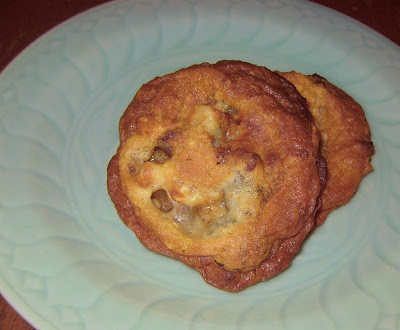 While I like the idea of using a multitude of ingredients in a cookie recipe, I'm thinking this isn't the recipe for me. I should continue to experiment with a standard chocolate chip cookie recipe, maybe one with slightly more butter and sugar than the typical Toll House version, but not as much as the compost cookie recipe. Does anyone have suggestions?
Posted by theminx