In this part two of the Best of 2011, we're taking a look back at the yummy stuff we concocted at home. Sometimes (ok, most of the time), home cookin' is even better than restaurant food!

2011 is the year that theminx lost her fear of baking bread, and back in February, she made a loaf of brioche using the recipe in Artisan Baking in 5 Minutes a Day. She thinks it was the best brioche she's ever eaten, even if it wasn't the prettiest. 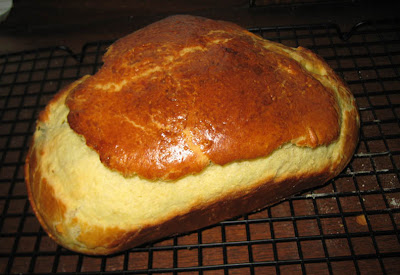 The receipt of a couple of soup cookbooks turned Mr Minx into a soup-making fool last winter. The best of the lot was this gorgeous dark pink red sweet and tangy cabbage soup that reminded me a lot of my beloved Grandma's barszcz (Polish beet soup). 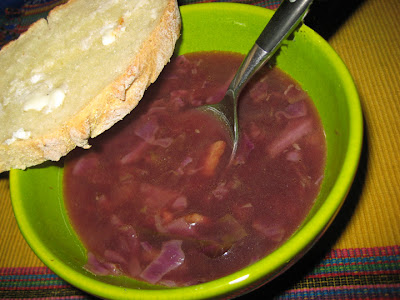 Surprisingly tasty was a home made chicken liver paté inspired by the lovely variation we had recently eaten at Clementine. 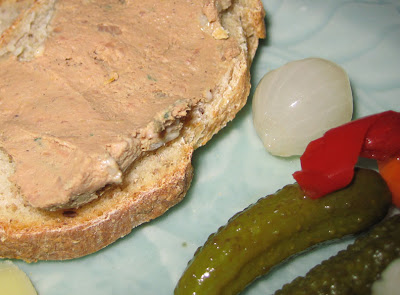 One of the absolute tastiest and most unusual things theminx concocted all year was this recipe for saffron cupcakes with a curry buttercream frosting. While they didn't win the Scharffen Berger Chocolate Adventure contest, they certainly won hearts. 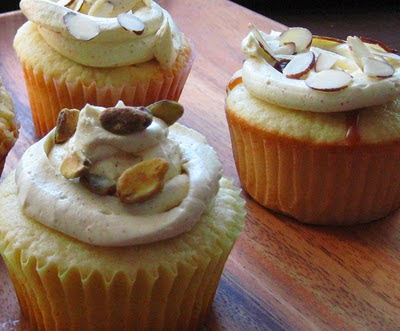 For the longest time, we didn't "get" chicken and waffles. That is, until we put them together with some maple bacon gravy. Perfection! 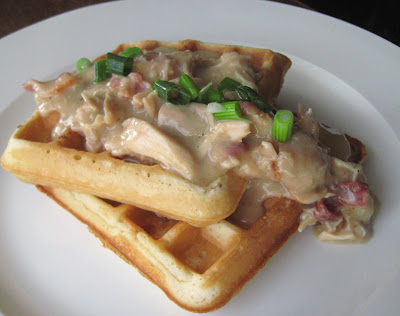 We love strawberry shortcake but have often been disappointed with the "shortcake" portion of the program. But then we found the perfect recipe, a variation on a scone, that was both substantial and light. For a more traditional version (preferred by Mr Minx), omit the cornmeal and add 1/2 cup more all-purpose flour. 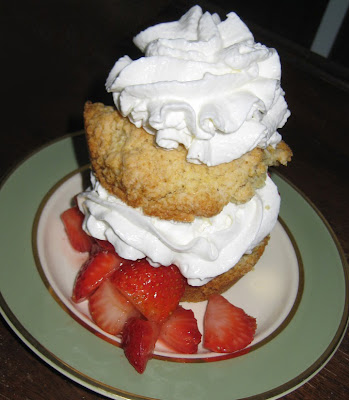 Any version of Mediterrasian soup (squid, shrimp, etc.) is a big winner in this house, and is ridiculously easy to make. The spicy, garlicky flavors, courtesy of tons of Sriracha, are ones we like to explore over and over again. And it's good all year 'round: the dish is light enough for summer, but spicy enough to warm the body on a cold winter's day. 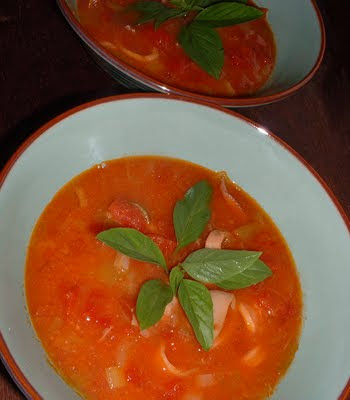 Last summer, we were rewarded with a plethora of fresh tomatoes from a friend's garden. Among the many things made from them was this tomato tart, which was summer on a crust. And easy, if one uses commercial puff pastry. 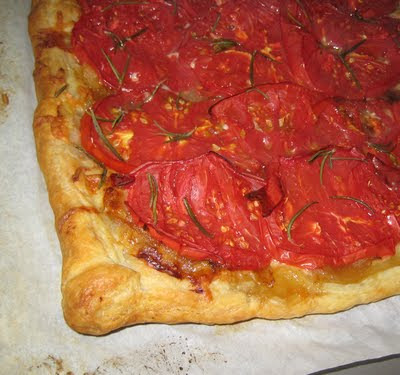 We made paella for the very first time in 2011, and it turned out amazingly well. Good thing, since we were serving a small crowd at the time! 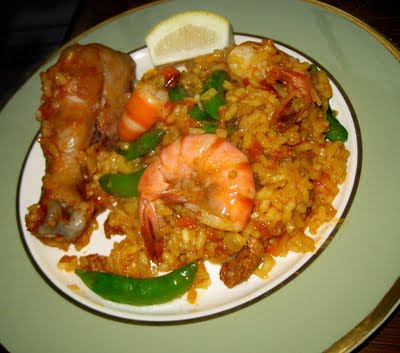 We don't eat nearly enough bonafide Korean food, so we like to experiment with Korean flavors at home. We were especially pleased with the way these Korean flank-steak sandwiches turned out. 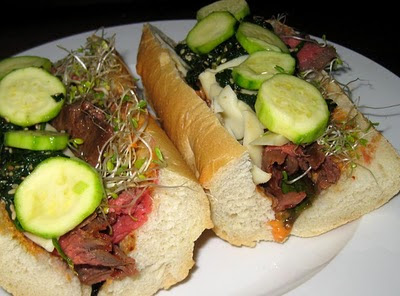 A recipe from Serious Eats - Merguez Ragout with Poached Eggs - turned out to be simple to make and delicious to eat, not to mention absolutely beautiful, especially when served in our Mikasa Royal Glimmer bowls. 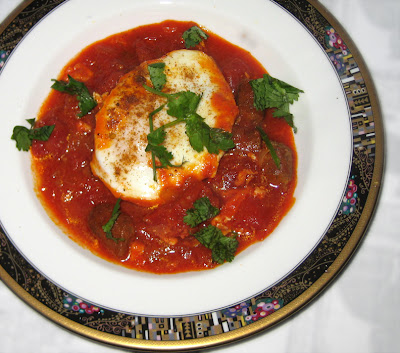 We were really happy with our first attempt at making roast chicken in years. This version was spiced with Sriracha and served with fried rice made with the bird's gizzards 'n' stuff. 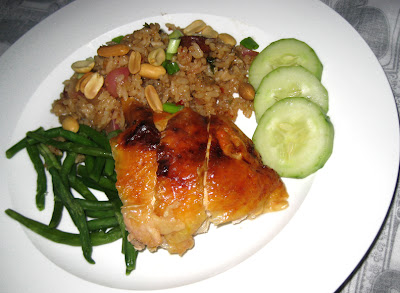 And, finally, we made what we think was the absolute best-ever batch of meatballs and red sauce for Christmas dinner. Seriously, amazingly good. But no photos...sorry. :)

Looking forward to cooking up a small storm in 2012! Won't you join us?