Have you ever tried Panettone? It's an Italian brioche-like enriched bread usually studded with dried fruit and nuts and traditionally served around Christmas and the new year. It's great sliced and eaten with a cup of tea, or used as a bread component in things like French toast or a grilled cheese sandwich. I love Panettone and usually buy a small one around the holidays, so when I was contacted by ShopRite and offered a sample of the panettone from their new ShopRite Trading Company line of premium artisanal foods inspired by world cuisines, I of course said yes. 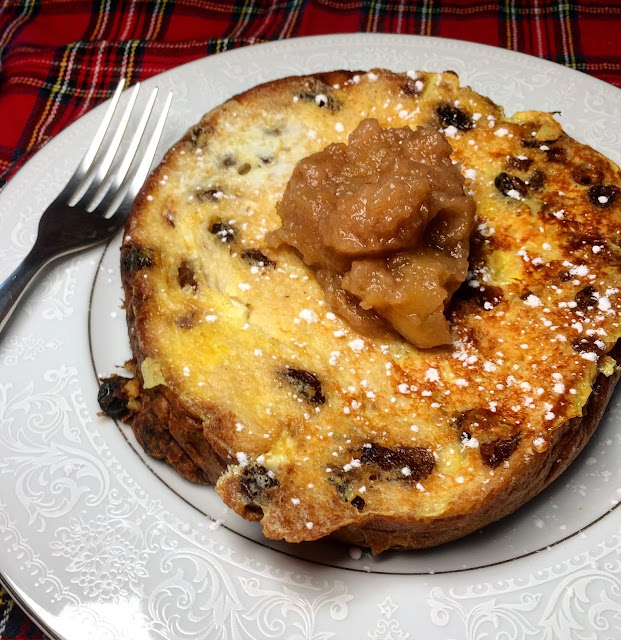 Though I have to admit I'm not a fan of raisins, and the panettone from ShopRite Trading Company was loaded with the little buggers, I still enjoyed it. The raisins were so soft and juicy, and the bread was pillowy and light, with that special citrus/vanilla flavor that panettones usually have.

A big slice of the bread made a great, filling, French toast breakfast on the day after Christmas, when carbs were appreciated. 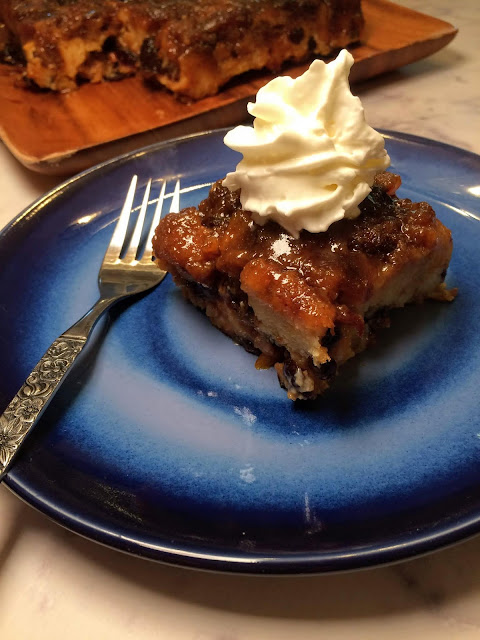 Even better was the moist bread pudding we made with the second half of the loaf. It was originally intended as party food, but both Mr Minx and I were too sick to leave the house to attend said party. I felt bad for the folks that made it to the party, because they missed out! I modified a recipe I found on the 'net and have to say that it turned out very well.

The recipe follows, if you're interested in turning your leftover panetonne into a nice dessert. (Or breakfast, if you're so inclined.)

Panettone Bread Pudding (inspired by David Lebovitz, who was inspired by Rolando Beremendi)

Put the dried fruit in a saucepan with the bourbon and bring to a simmer over medium heat. Once the booze starts bubbling, put a lid on the pan and turn off the heat. The fruit should soak up the alcohol in a few minutes. Set aside.

Melt the butter in a 8" square baking pan on the stovetop and add the brown sugar. Stir the sugar until it's moistened with the butter and spread it along the bottom of the pan. Remove from the heat and set aside.

Put half the toasted panettone in the pan on top of the brown sugar mixture. Add half the bourbon-soaked dried fruit. Repeat layers.

Whisk the eggs, sugar, milk, vanilla, and salt together in a bowl until well combined and pour over the panettone. Press down to make sure all of the bread cubes are covered with custard.

Place the pan into a water bath. I used a larger baking pan and filled it with enough water to come halfway up the sides of the panettone pan. Bake for about 50 minutes, until the pudding feels set but not dry. Remove from the water bath and cool on a rack for at least half a hour.

Cut into squares to serve. It's nice with a scoop of ice cream, whipped cream, or even a glug of unwhipped heavy cream.