According to a story in USA Today, Americans eat 1.35 BILLION chicken wings on Super Bowl weekend. And that insane number of hot chicken parts needs an insane amount of hot sauce to flavor them. If you're like me and prefer to make your wings at home rather than consume them at whatever purveyor of alcoholic beverages you plan to visit in order to watch the Big Game, you might be interested in a few of the hot sauces I've encountered recently. Unless of course you're a wimp and like your wings sans sauce. :)

First up is the Harissa Hot Sauce from Moore's Marinades & Sauces. While the sauce is hot and garlicky with a North African flair from harissa spices, it's not a radical change from a classic Buffalo wing flavor once you mix some up with a good dose of melted butter. In other words, celery sticks and bleu cheese dressing are still a perfect match for wings made with this sauce. But if you wanted to switch things up, you could make your dressing with feta cheese instead of bleu. And if you want to go a different direction entirely, swap out the chicken wings for lamb sliders and top them with a dose of Moore's Harissa hot sauce (and the feta cheese sauce, too). Yum.

Moore's also makes a Spicy Mustard hot sauce, and both Jalapeno and Habanero sauces, plus a whole line of ready-to-eat wing sauces and marinades. Find them at various supermarkets including Giant and Weis. 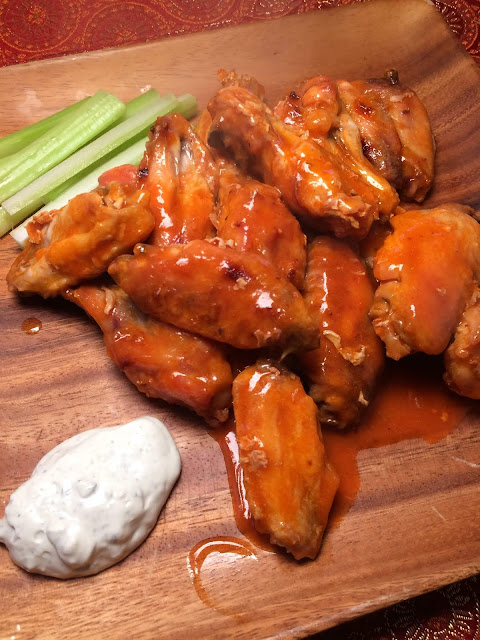 Then we have Marion's Kitchen Coconut Sriracha and Coconut Sweet Chili Sauces. The Coconut Sriracha is fiery, like regular sriracha, but with the added creaminess of coconut. Never fear, the coconut doesn't do anything to ease the heat--the sauce is still pretty damn spicy. The Coconut Sweet Chili is like the chili sauce dip that comes with spring rolls in a Thai restaurant, again with the addition of coconut. It's not nearly as hot as the sriracha, but it does have a kick. If you don't want to set your mouth on fire, you can blend the two. I want to say that the coconut gives it a sweet heat, but that's like saying a summer day in Arizona is more pleasant than a summer day in Baltimore. It may be a dry heat, but it's still HOT. 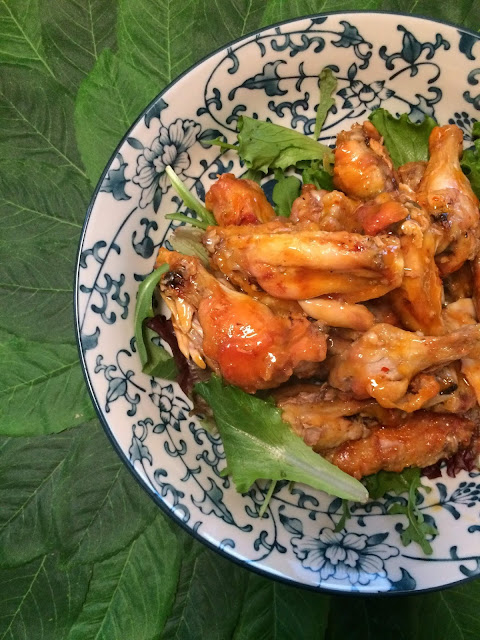 Marion's Kitchen also has a line of marinades, stir fry sauces, meal kits, and coconut milk, all starring Asian flavors like ginger, lemongrass, lime, and of course, chiles. I have the marinades at home, too, and will be experimenting with them in the future. I'll be sure to post the happy results here.

In Maryland, you can buy Marion's Kitchen products at Sprouts, Wegman's, and select Walmart stores. Check the store locator for details.