For our second Summer Restaurant Week meal, we chose to stay in our neighborhood and eat at Crush. Normally we like to try places at which we've never eaten, but Crush was my brother's suggestion. We all enjoy the place and hadn't been in a while, so we thought it was a good idea to revisit the restaurant.

The Restaurant Week menu offered selections from the regular menu; at $30 for three courses it was at least a few dollars less expensive than ordering courses a la carte. Desserts were basically free.

For appetizers we chose the heirloom tomato caprese (Mr Minx), with lovely fresh tomatoes and very mild cheese. Sorry for the blurry pic! 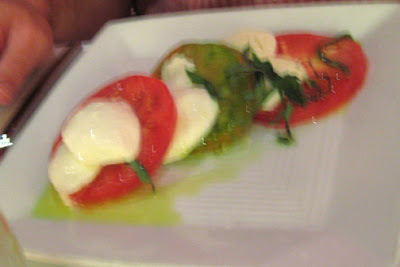 MinxBro chose the shrimp and grits which was served with an andouille sauce. Every restaurant seems to have a completely different version of this southern classic, and like all the ones I've tasted before, Crush's was delicious - spicy, creamy, and shrimpy! 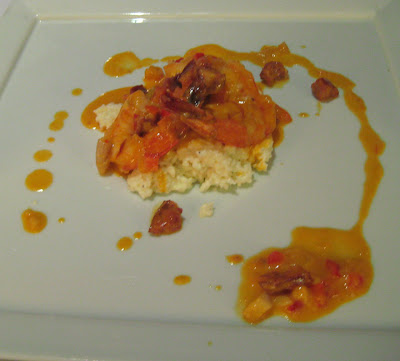 I opted for the other salad choice, arugula with bleu cheese, pecans, and berries in a light vinaigrette. I'm a big fan of arugula and have enjoyed this salad in the past. 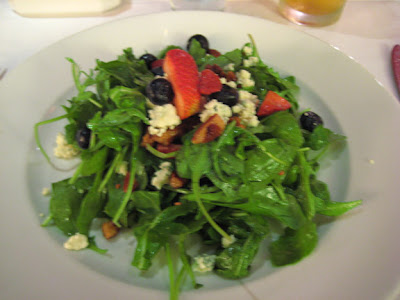 For our entrées, Mr Minx chose the penne with blackened chicken, peas, pine nuts, and parmesan-basil butter. Crush's rendition of a now-classic pasta dish was richer and creamier than the version I originally tried at the late, lamented Polo Grill. My only complaint was that the chicken was a bit dry, but that's what happens when you use boneless, skinless breasts. 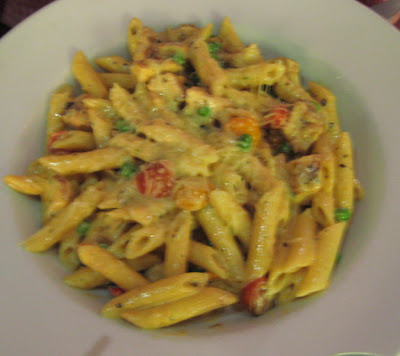 MinxBro decided to go for the ribeye, to compare it to the steaks at Ruth's Chris. No contest - the ribeye won hand's down. The meat was flavorful, and while it had a bit of a chew, there was no real gristle. The housemade steak sauce was a bit sweet for my taste, and I didn't see the promised Bernaise, but overall it was an enjoyable dish. 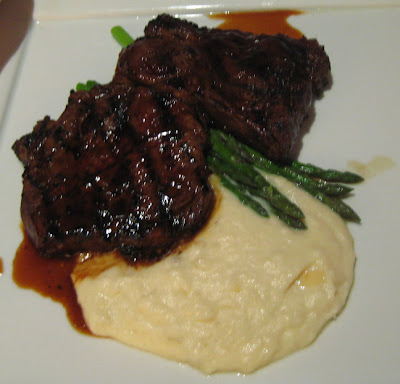 I love the salmon BLT at Crush because the salmon is always so well-cooked (tender on the inside, crusty on the outside), at least to my liking. The salmon entrée was just as good, albeit a tad salty. The lobster mashed potatoes were terrific, however, with generous chunks of lobster meat mingling with equally generous chunks of potato (the texture was not unlike potato salad). It's a side that could be overly rich, but wasn't. 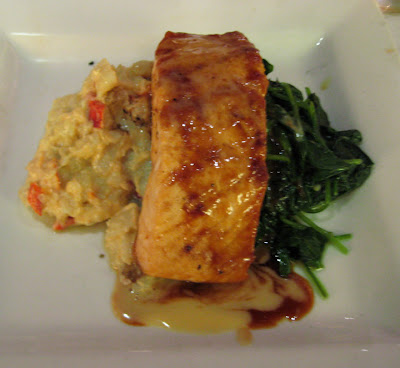 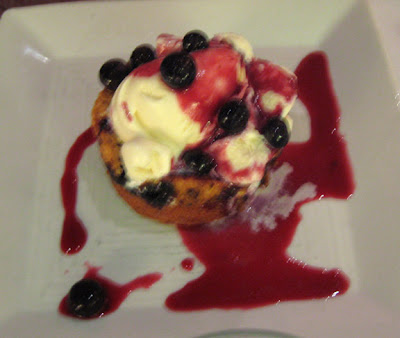 MinxBro had creme brulée. I found it to be a bit sweeter/more looser-textured than I normally like. 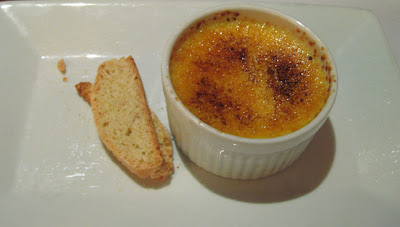 And I had the apple cake. While good, it paled in comparison to my friend Kate's famous Jewish Apple Cake. 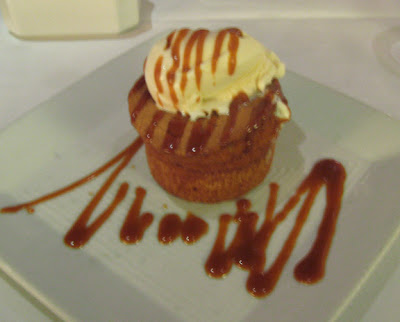 Overall, we had a good meal at Crush. No news there - we have every time. Not perfect, but well worth the $30.09 and future visits. I'm still grateful that we have Crush in our area because it's perfect for both satisfying a simple burger craving and for having an elegant multi-course meal.
Crush
510 E Belvedere Ave
Baltimore, MD 21212
(443) 278-9001