My handsome hubby, aka Mr Minx, had a birthday this weekend. Traditionally we partake of steamed crabs with his family on the nearest weekend. This year was no different. 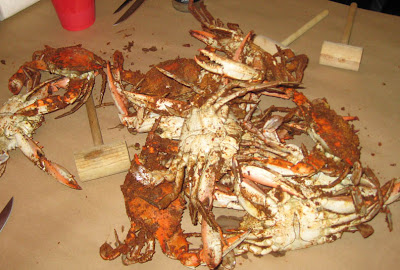 The bounty of crabs came from some joint on Wise Avenue. They were big and heavy but probably steamed a mite too long, as the meat was on the mushy side. Flavorful, but mushy. 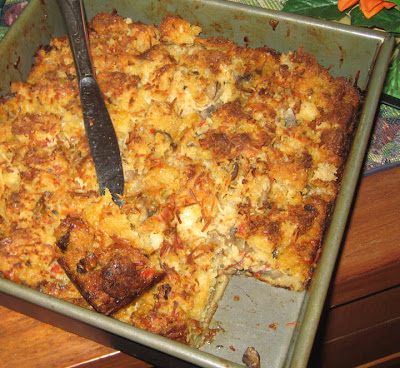 We had a bunch of leftover bread and some heavy cream that I had originally bought for another use, so I whipped up a savory bread pudding (using this recipe, more or less) to go with the crabs. (Onion rings are my usual preferred accompaniment, but I have a fear of frying.) 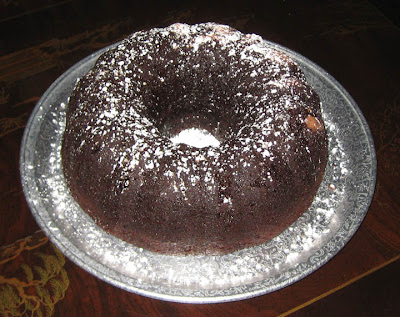 For dessert: a chocolate bundt cake. Mr Minx likes his cakes simple, chocolate, and sans frosting, and that's what he got. It wasn't as moist as I would have liked, but it went well with a scoop of vanilla ice cream.
There were almost a dozen crabs left over, so looks like we'll be having crab cakes and Lord knows what else this week!
Posted by theminx