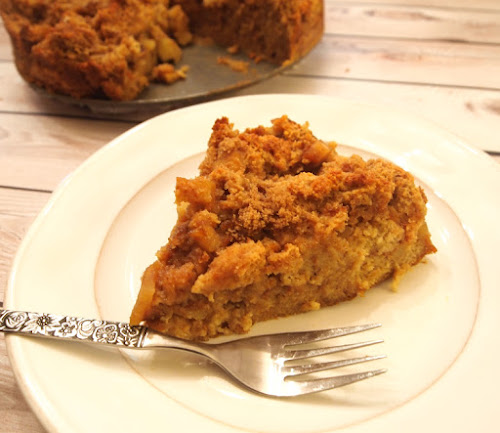 Every year, when Fall comes along, I have a strong urge to bake up a big dish of apple crisp. My mama used to make it pretty regularly, and I adored it. Still do. But, hubby isn't a fan. I know - he's weird. He loves apples, and will happily eat apple pie, but top those apples with a crumbly topping and it's game over.

A couple years back, I switched things up and tried an apple cobbler on him, but it still wasn't a favorite. No worries - that cobbler was so damn good, I ate it for breakfast, lunch, and dinner until it was gone, with absolutely no regrets.

This time, I put apples in a bread pudding. Mr Minx has no argument with those. I even sprinkled the top with a bit of brown sugar partway through baking in order to get a little crunch. He seemed to enjoy it just fine. So while it's not apple crisp, it was tasty and apple-y and fall-ish.

I used whole wheat bread, just shy of an entire grocery-store loaf. You can use what you like, from challah to baguette to plain old white bread. If you don't have apple cider and don't want to invest in it, then just use an extra cup of milk. Cider, however, gives the dish a more apple-y flavor. You can add some cinnamon, too, if that's your thing, but I preferred to taste the subtle butterscotch combo of brown sugar, booze, and salt. 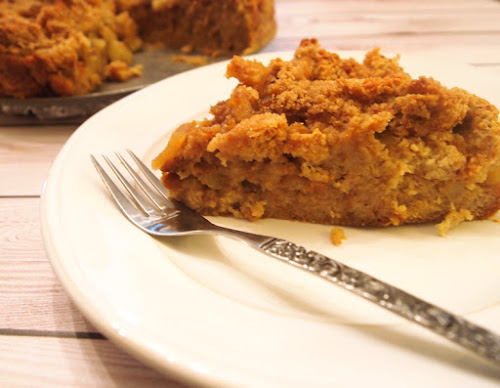 Melt butter and 3 tablespoons of the brown sugar in a saucepan over medium heat. Add apples and toss well to coat. Add the bourbon and cream and cook for five minutes, until apple has softened a bit and the sauce is bubbly. Stir in the salt and remove from the heat.

In a large bowl, stir melted butter into condensed milk. Whisk in milk, cider, and eggs. Add the bread and press down on the mixture to ensure all of it is saturated with the milk mixture.

Place half of the mixture in a greased  9- or 10-inch springform pan. Top with half of the apples. Pour in remaining bread mixture and sprinkle with remaining apples.

Bake for 30 minutes. Remove from oven and sprinkle remaining tablespoon of brown sugar over top. Bake for an additional 20 minutes, or until a knife inserted in the center comes out clean.

Allow to cool for a bit before cutting into wedges and serving. Softly whipped cream or vanilla ice cream is a nice touch, but not necessary. 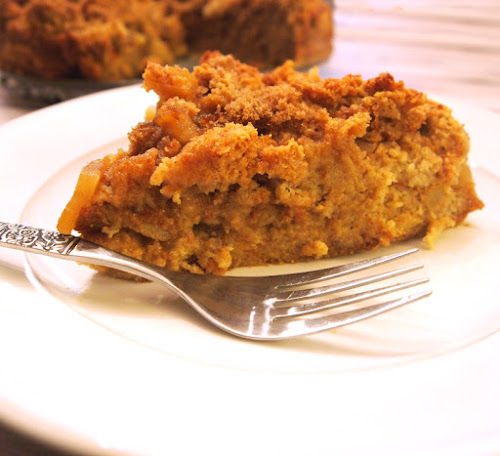