So. I'm not sure what to do with this episode. It was basically a boring look back at the entire season, with several montages. I watched the entire season, so I didn't need to be reminded of anything in particular - I just wanted to find out the damn winner. So should I just skip the montages and go to the winner? Or make you suffer?

The three finalists, looking all dolled-up, are driven by sponsorship mobile to the Food Network Studios at the Chelsea Market in New York. Damaris looks especially pretty tonight; the colors of her makeup and dress suit her. Rodney, in his black suit and red tie, looks like the Godfather of the Pie Style Mafia, which of course he is. Russell doesn't seem to have dressed up for the occasion, but he has shaved off his facial hair, which makes him look like he's got too much face. 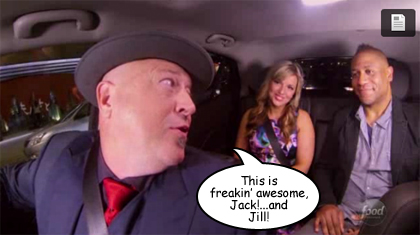 Remember those people who were eliminated during the season and how happy you were that they were gone? Well, they're back, along with Bobby, Giada, Alton, Tushface, and Susie. 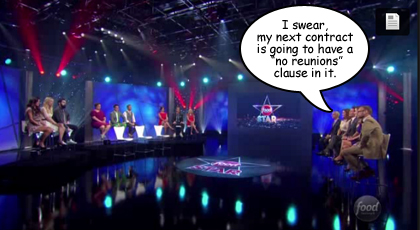 And a giant monitor, on which to watch the embarrassments of the season. It starts off with a montage of the Mentors. 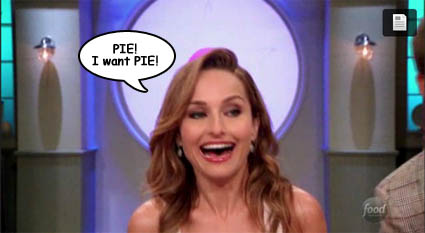 Then we're told that there has been a lot of feedback over the season, via Twitter and e-mail and that there are some viewer questions. The first questioner is shown on the monitor asking Russell what he felt when he had to choose between his "culinary sins" and "culinary revolution" POV. Like it was some earth-shattering decision he had to make. Russell basically said he was told to choose one, he did, and, um, that's it.

Then we're subjected to the first of two different commercials for some new Kraft product that involves two sauces. Top Cheftestant and The Chew host Carla Hall and former cat food and meatball hawker Rocco DiSpirito are grossly CGI-ed as members of some mutant giant-headed Hobbit tribe that have invaded American kitchens and comment on homeowners' lame attempts at making dinner. The animation is horrible, but probably not as bad as the product they're trying to sell.

After the break, we get a focus group montage, and then one on Rodney's colorful language. 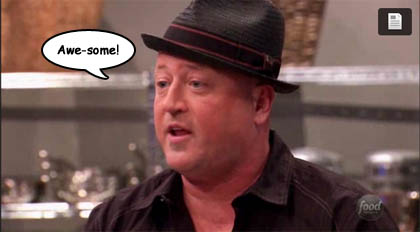 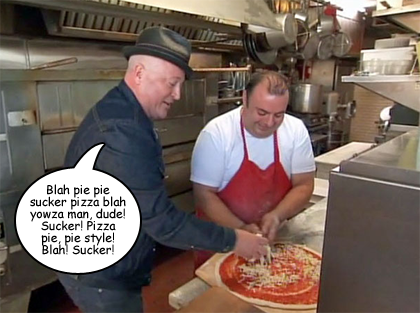 Then there's a behind-the-scenes look at the Romance movie trailer created by Damaris, Viet, and Chad. 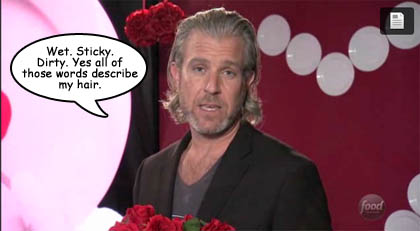 Even Danushka gets a montage, people, that's how lame this show is.

At about the 23 minute mark, Tushface breaks the news to Russell that he has come in third place out of three. I know how that feels. Of course, then we get a Russell montage. 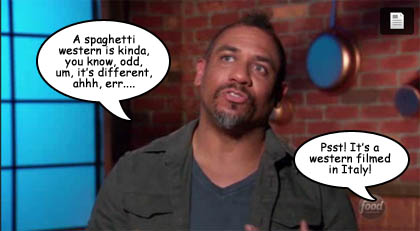 The next montage involves Last Chance Kitchen Star Salvation. Mercifully it is short, as was akaLovely's return appearance on the show. 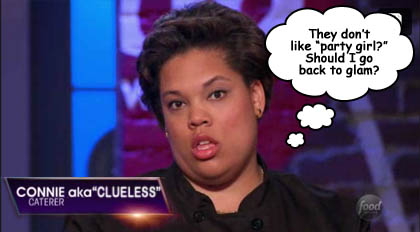 Then there's a montage of the Wannabes talking smack, and yet another of the Selection Committee (who were called the Mentors the first time around).

Viet has a question for the mentors. He wants to know whether they expected more of him because he whooped Bobby's ass on Iron Chef. That's right, Viet, never let him forget it! Bobby said yes, he did expect more, perhaps unfairly, because Viet sucked on camera. Burn!

Yet another montage is shown of the Selection Committee, this time they're referred to as Mentors. Oh, they have a sense of humor! 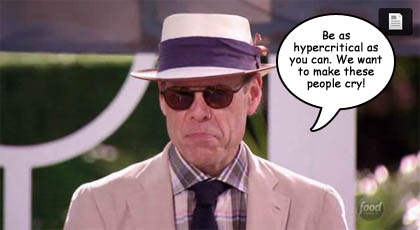 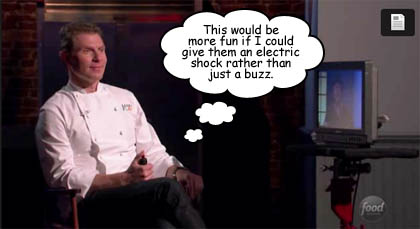 And another montage of "fun, unpredictable moments," followed by the meat of the show: a Damaris montage... 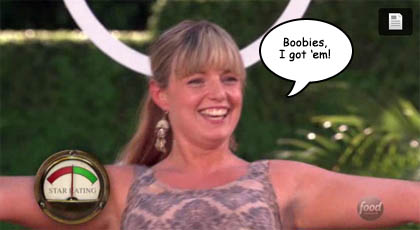 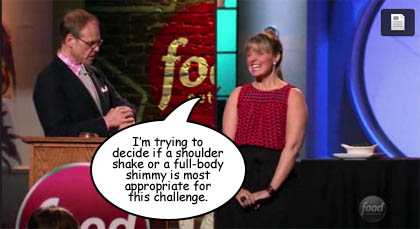 ...and another Rodney montage. 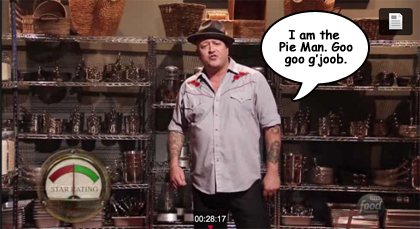 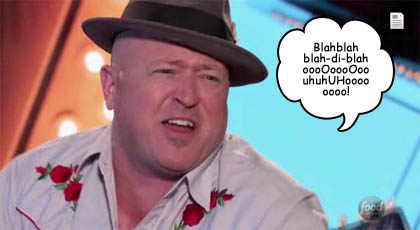 During the commercial break, the stage hands remove all of the chairs from the studio so the former-Wannabes, judges, and finalists must stand for the grand announcement. Just in case someone passes out. Drama! But, there's none. Tushface announces the winner.

I thought Rodney would get it, but it makes sense that Damaris won, since the network needs a new Paula Deen. I'm not saying that the network stuffed the ballot box, but maybe they did.

What do you all think? I know you Rodney haters (and you are legion) are happy. Doesn't matter to me, really, since the only time I watch the Food Network is Sunday nights. And speaking of Sunday nights - I really hated Cutthroat Kitchen. You?