While walking through downtown on my way to meet Mr Minx after work one evening, I noticed that Chez Hugo was on the way to his office. We hadn't yet been there, so I suggested that its convenient location to our already-parked car meant that we needed to check the place out.

Chez Hugo bills itself as a seasonally inspired, farm-driven bistro, featuring classic French dishes by Chef Steve Monnier. Baltimore has never been a hotbed for French fare, so rarely has there ever been more than two French restaurants in the city. Petit Louis in Roland Park is usually quite busy, so it seems the need is there. However, I was disappointed to find that Chez Hugo was quite empty when we arrived for our 5:45 reservation. Granted, we eat early, but when we left after 7pm, there was still only one other diner. Give the place some love, people!

We deliberated over the menu for a bit before deciding on the duck liver pate and the server-recommended tarte aux courges. 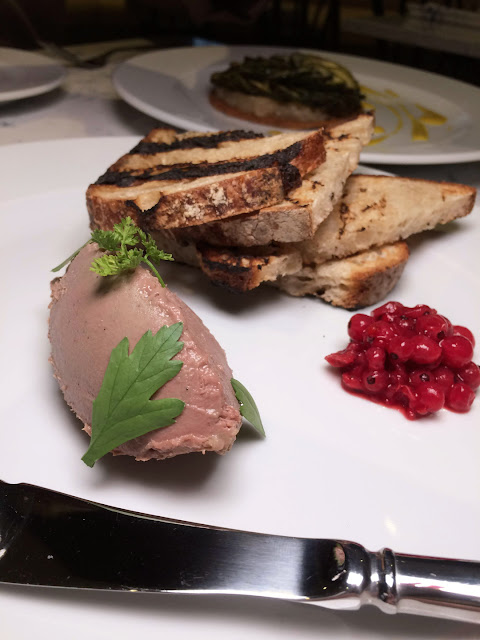 The pate was rich and smooth, with a flavor a bit more refined than that of chicken liver pate. It came with tangy red currants and lovely grilled bread. 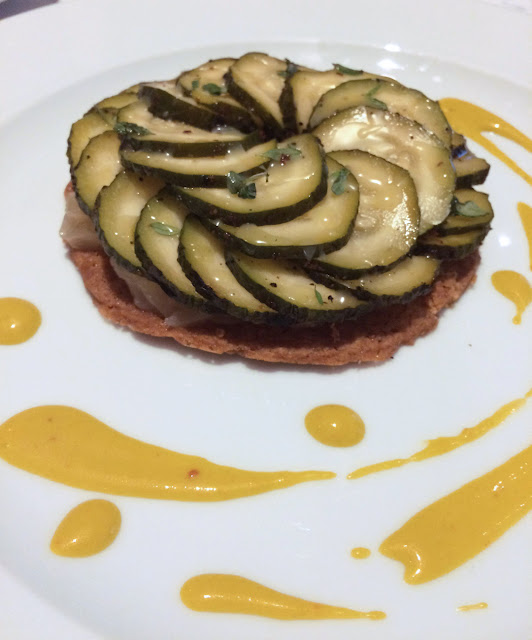 Our server was so enthusiastic about the zucchini tart, we felt we couldn't pass it up. But we should have. It's still on the menu, so someone likes it; personally I thought it was bizarre. The crust was crumbly and sweet, somewhat like the graham cracker crust on a no-bake cheesecake. Then came a layer of onions, which the server said would be perfectly caramelized. They appeared to be cooked only a few notches above sweated (you can see they're still pretty white). Finally came a topping of thinly sliced zucchini that were only barely grilled so they still seemed raw. I love the combination of onion and zucchini, which if cooked together slowly can be fairly sweet. Plop that into a savory tart shell, perhaps with a smidge of cheese, and I'm sold. Chez Hugo's version though, not so much. 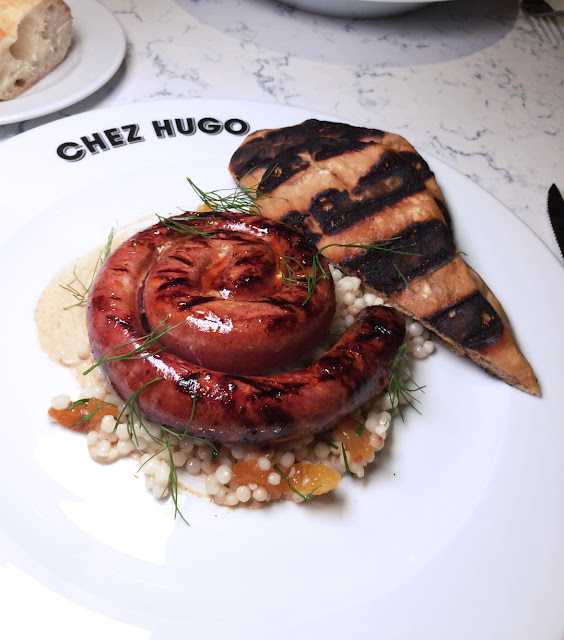 Things improved considerably with our entrees. I had the Thursday plat du jour (the daily plates aren't on the menu as of this writing) of merguez sausage with a cous cous salad and black garlic naan. The merguez was fab--salty, lamb-y, spicy, juicy. And generously portioned, so I got to take a bit home for breakfast the next day. The black garlic naan was swoon-worthy though...so fluffy and tender on the inside, with a faint garlicky-ness and extra flavor provided by the aggressive charring. 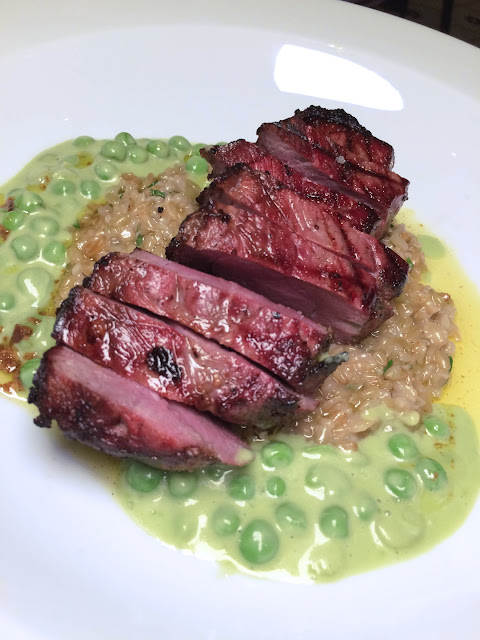 Mr Minx ordered the leg of lamb, which was succulent and well-seasoned. He said it was the most tender lamb he's eaten in a while. Though the farro and pea accompaniments weren't exactly camera-ready, they also were tasty and fulfilled the starch and veg components required by my husband. 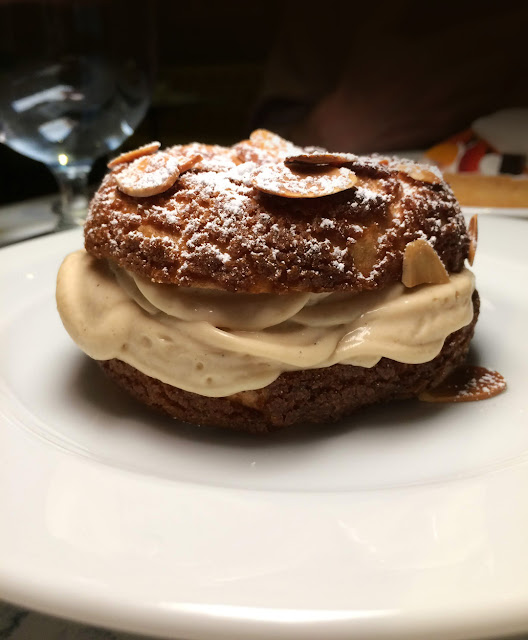 Though the entrees were very good, dessert is really where it's at. I had always wanted to try a Paris-Brest, named for a bicycle race from Paris to Brest and back to Paris again. A donut-sized ring of choux paste filled with decadent hazelnut pastry cream, this dessert was a sweet-lover's dream. 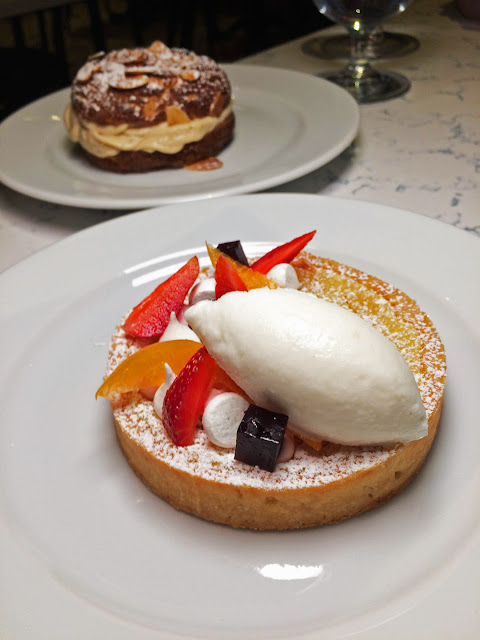 The tangy tarte au citron with tiny dollops of crisp meringue, fruit, ice cream, and even squares of fruit gelee, was a less-sweet but still delectable finish to our meal.

I have heard that Chez Hugo can get noisy, but I have to assume this happens later in the evening or on the weekends, as it was as quiet as a tomb on our particular Thursday night. I'm looking forward to going back; perhaps one day I can sneak over for lunch....