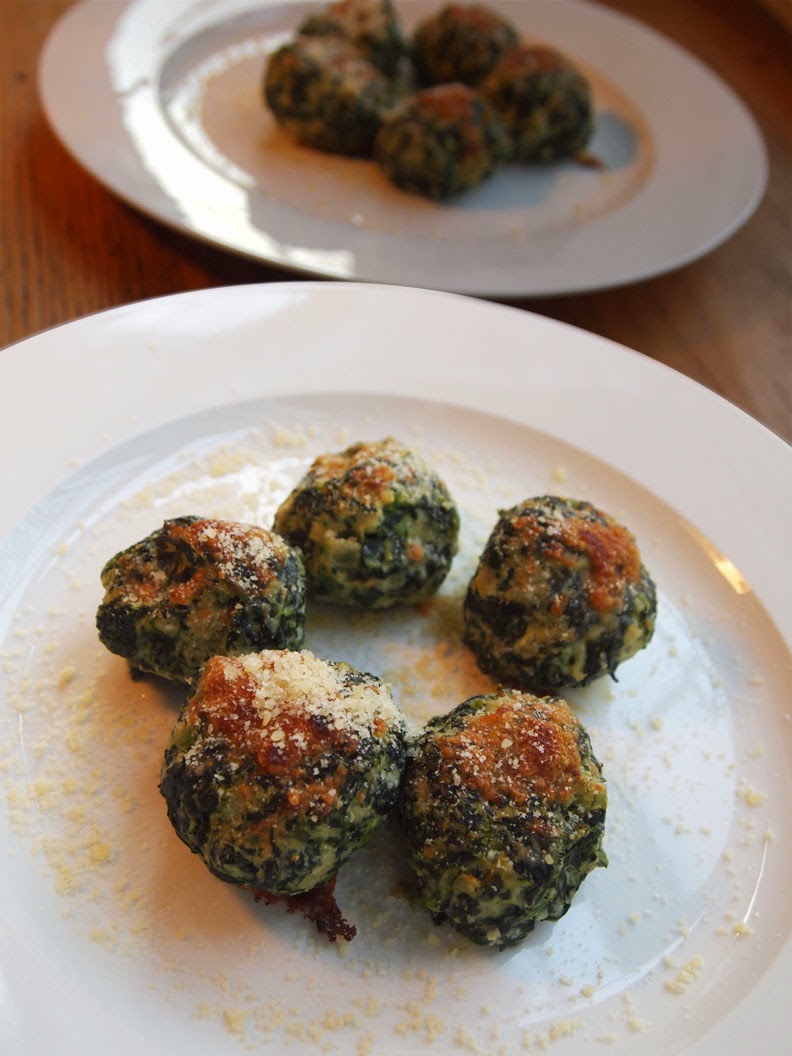 I don't know why, but I'm a sucker for gnocchi. And not the typical, chewy, stick-to-the ribs, potato-based gnocchi, but rather the light airy kind made with cheese. I made the potato ones once, long ago, and they turned out so badly and were so dense, I haven't tried again. (There is a new potato ricer in my life, however, so another attempt at potato gnocchi may be in my future!)

I saw this recipe for gnocchi verde on the very excellent site, Food 52, and thought I needed to give them a try. There's a ton of spinach in them. So much, I'd say they were primarily greens. And only 6 tablespoons of flour, basically a binder to keep them from falling apart. It was very easy to make this dish a gluten-free one - just replace the all-purpose wheat flour with an equal amount of some other gluten-free flour with a neutral flavor. There just happened to be oat flour in the pantry, so that's what I used. If you don't have oat flour on hand, just put a cup or so of dry rolled oats in the food processor and whiz to a fine powder. 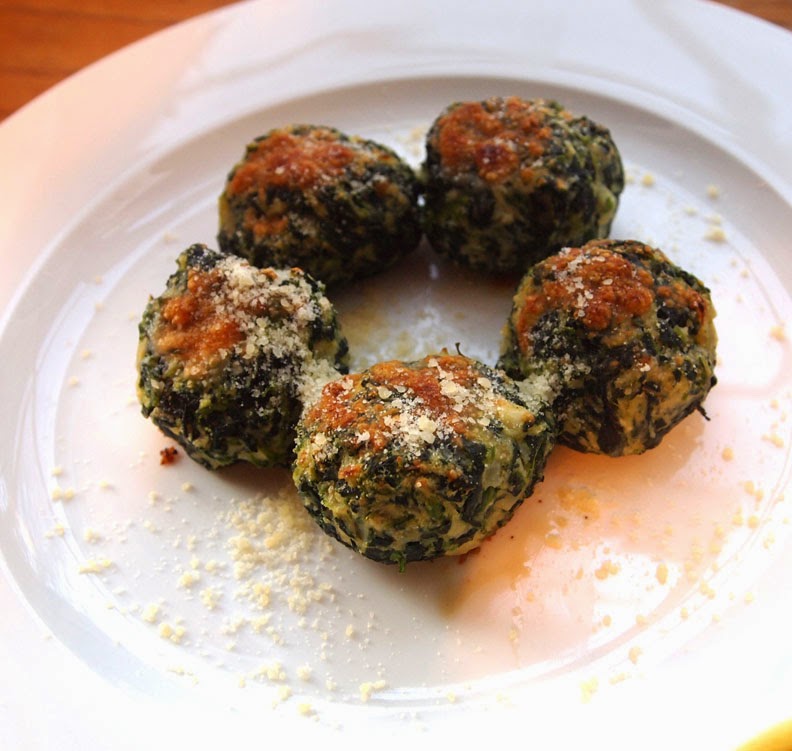 Besides the oat flour, I also monkeyed with adding some onion to the mix. Everything is better with a bit of sauteed onion in it. I also cut back on the fat, using olive oil instead of butter to saute the spinach and onion, and less butter to finish the dish. Really--you won't miss it.

Don't despair if when you plop your gnocchi into the boiling water that the water is soon full of floating scraps of spinach--it happens. If you've added the proper amount of eggs and cheese and binder, and have refrigerated the mixture before cooking, your balls will stay together.

We ate our gnocchi as is, with an additional sprinkle of grated Parm, but you can serve them with a tomato sauce if you'd like.

Defrost the spinach and squeeze it dry. Chop finely to make about 1 1/2 cups.

Cook the onion in the olive oil with the salt over medium heat until translucent. Add the spinach and cook until most of the moisture has evaporated, 2-3 minutes.

In a large bowl, beat the eggs lightly. Stir in the ricotta, flour, 1/4 cup of the Parmesan, pepper, and nutmeg. Add the spinach and onion mixture and combine well. Refrigerate for about an hour, or until firm(er).

Bring a large pot of water to a boil and season well with salt. Shape the gnocchi mixture into 1 1/2" balls. Drop them into the water and cook until they puff slightly and are somewhat firm, 5-8 minutes. Transfer cooked gnocchi with a slotted spoon to a paper towel lined plate to drain.

Put 1 tablespoons of the melted butter into the bottom of a shallow ovenproof dish or baking sheet with sides. Arrange the boiled gnocchi in one layer across the bottom. Dribble the remaining butter over top, then sprinkle with the remaining 1/4 cup of Parm. Broil until cheese melts and is golden brown.