We'd heard good things about Bonefish Grill; their Bel Air outpost has been an oasis for locals in a town that's practically a culinary wasteland. So when we heard that a Bonefish Grill was opening in the new Towson Square project across from the mall, we were pleased that northern Baltimore County would be getting another upscale restaurant, albeit part of a chain.

The restaurant opened on February 16th, but we were invited in for some pre-opening festivities on the 12th, a late lunch/early dinner that included a few of the restaurant chain's hierarchy as well as county executive Kevin Kamenetz. 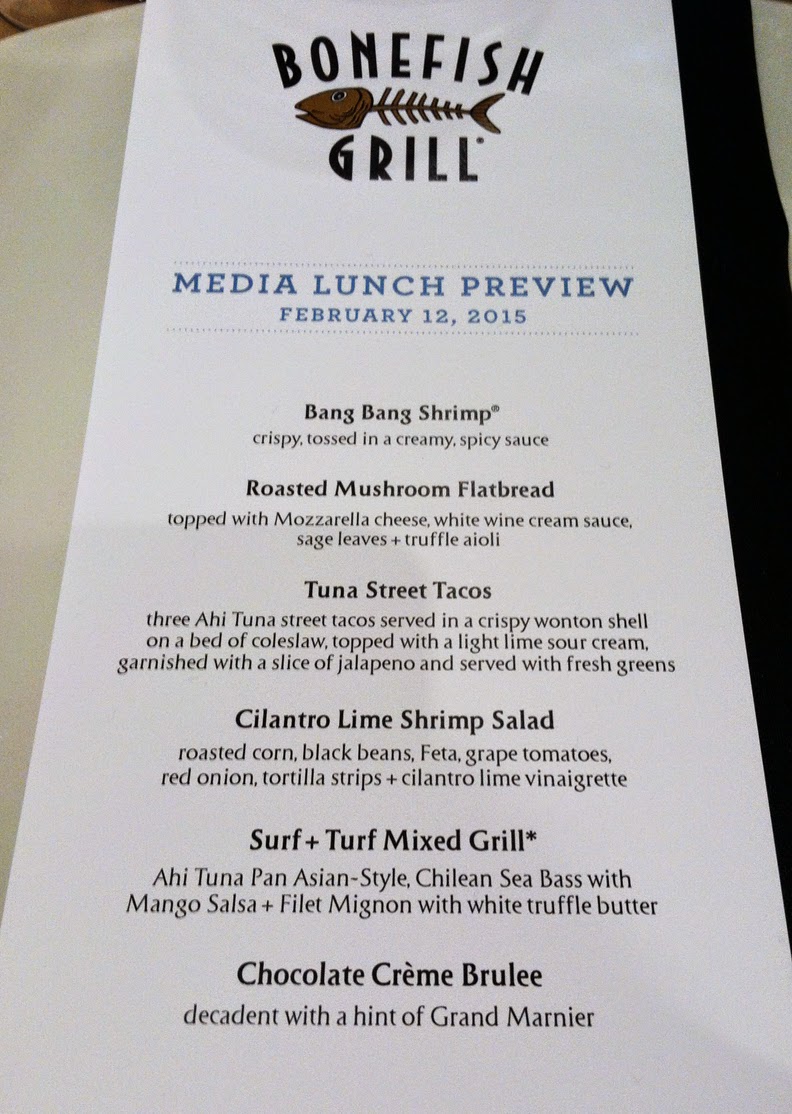 We started our tour of the restaurant at the bar. This area takes up at least a third of the restaurant's space and includes both family-style high-top seating and some private booths in addition to the bar itself. The whole restaurant is done up in pale, warm, neutrals, with minimalist decoration that includes an abstract representation of the restaurant's fishbone logo on one wall, and a couple of curved wooden structures that resemble a fish's ribcage. 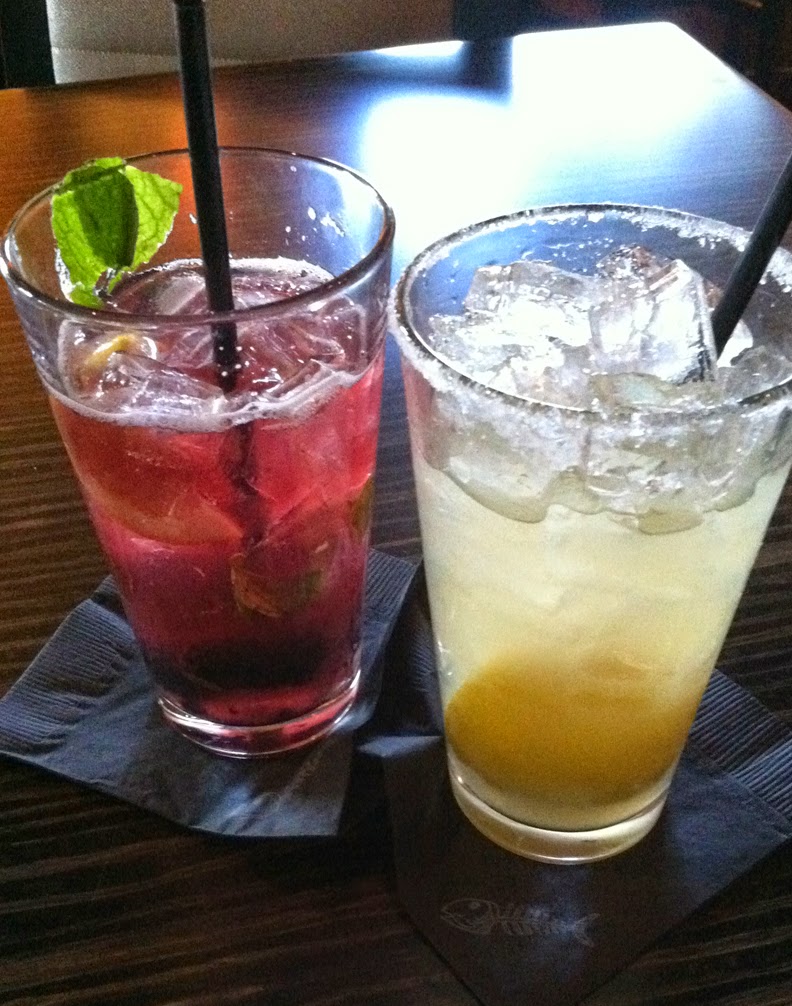 We tried two non-alcoholic beverages, a blackberry smash and a lemonade. As we sipped our libations, we enjoyed a few passed apps in the form of the restaurant's famous Bang-Bang Shrimp (crispy shrimp tossed in a creamy spicy sauce reminiscent of the sweet sriracha mayo used by sushi restaurants) and delicate roasted mushroom flatbreads with caramelized garlic and a hint of truffle oil. 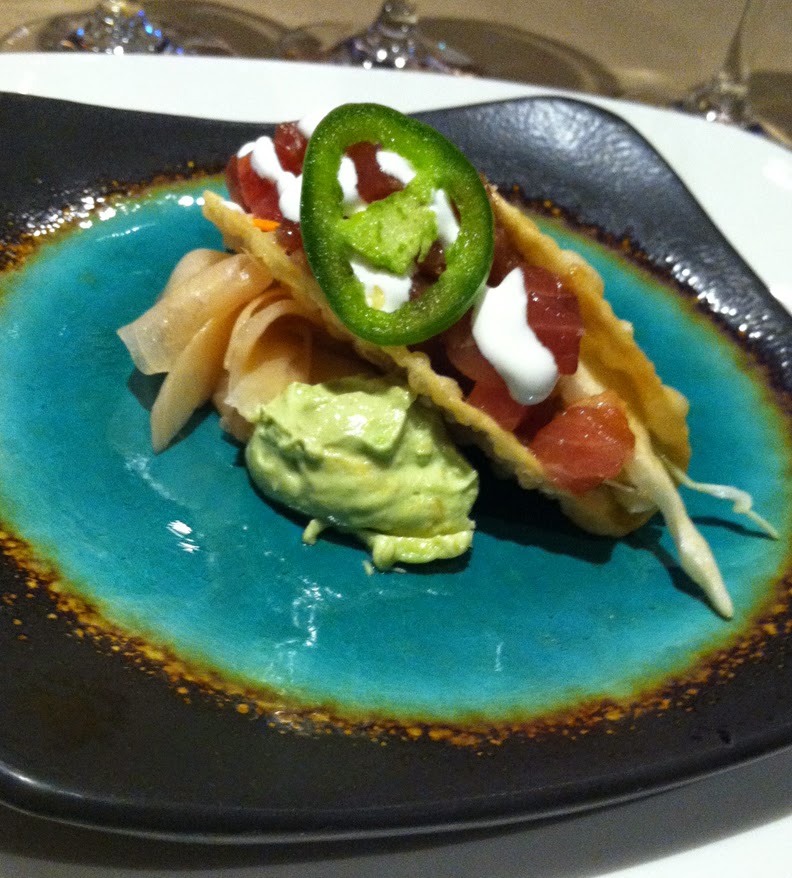 After a time, we were seated and brought the first of four dinner courses. First was an ahi tuna taco served in a crisp wonton shell. (This dish, from the specials menu, would ordinarily include three tacos.) The tuna was very fresh, and we liked that it came with some pickled ginger and wasabi-infused guac. 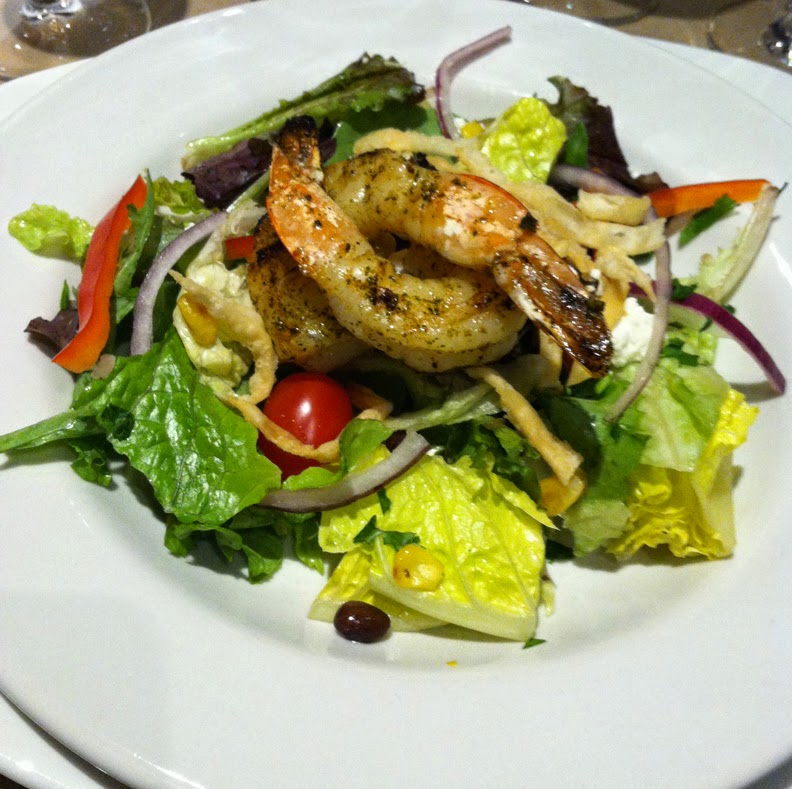 Next up was a sample of the restaurants cilantro lime shrimp salad, consisting of greens tossed with corn, black beans, and feta, topped with two large shrimp. The shellfish-allergic can have the dish with grilled chicken, instead. In fact, Bonefish Grill is happy to accommodate diners with all sort of food allergies and even has a separate gluten free menu. 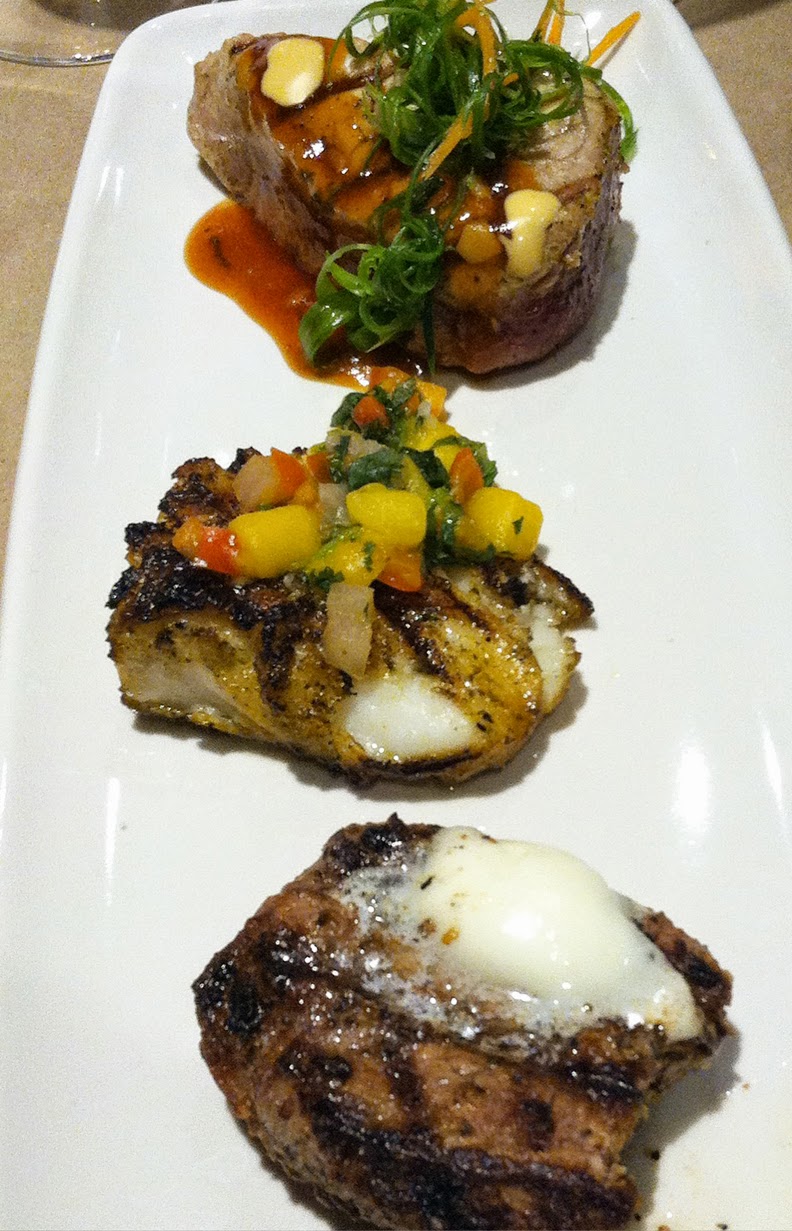 For our entree, we tried ahi tuna topped with "pan-Asian sauce," Chilean seabass with mango salsa, and a chunk of tenderloin with truffle butter. I'm not a tenderloin fan, but I did enjoy the aggressively-seasoned steak, which overshadowed its two more delicately-flavored companions. 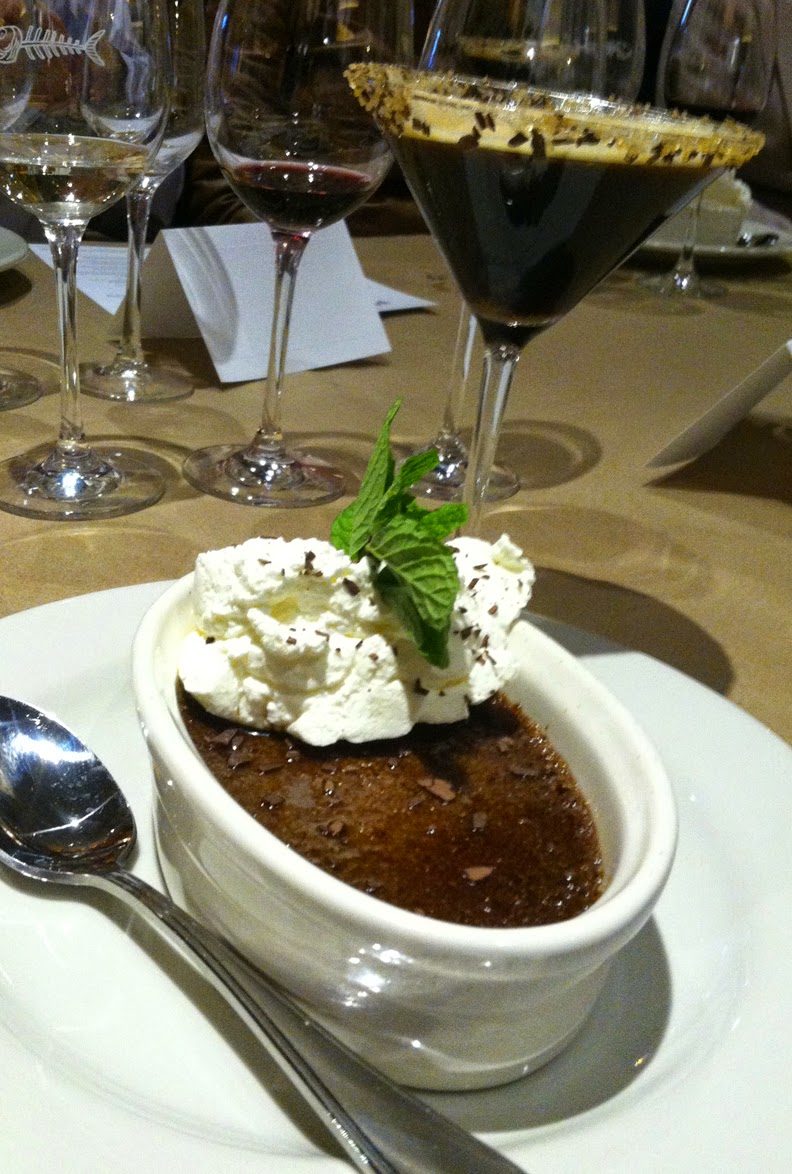 The best course was dessert. We each received a veritable tub of chocolate creme brulee that would ordinarily be a generous portion for two diners. The creme, which was touched with Grand Marnier, had a more milky pudding-like consistency than the creamy richness of the usual creme brulee, and I was more than ok with that. Alongside, we had a not-too-sweet espresso martini with a tasty sugar-and-chocolate-shavings-encrusted rim.

Overall, the meal was a good representation of the restaurant's offerings - a little fish, a little meat, pretty good beverages and desserts. Bonefish Grill's ambiance is upscale, but the prices are reasonable. We think it will be a popular addition to the Towson restaurant scene, and will definitely be giving stiff competition to Bahama Breeze across the street.

From now through March 15, you can get a complimentary taste of one of the IN + ON bar bites (which start at an affordable $4) Bonefish Grill. Download the coupon at this link: https://www.bonefishgrill.com/offers/complimentary-bar-bites-coupon