When the Nickel Taphouse opened in 2013, I must admit that I wasn't all that excited. At this point, I don't quite remember why. Perhaps the menu was more limited than it is now and the options didn't thrill me. In any case, I wasn't in any hurry to go, even though the Taphouse is one of Robbin Haas' restaurants, and I do love me some Birroteca. We did get an invite to a media tasting there, but weren't able to attend. When I wrote back, asking for a rain check, my response was...crickets. I received no response.

In any case, we finally paid the place a visit. We wanted to eat somewhere close to home, on a Monday, at a place that served oysters and burgers and brussels sprouts. The Nickel Taphouse fit all of those bills.

The Nickel Taphouse is a warm, comfortable sort of place, with dim lighting, and lots of wood. We settled into one of the booths along the inside wall and perused the beverage list for a while. There were 30+ craft brews on tap, plus another 20 or so in cans, so we were in hops heaven. Dad and I went for the Rogue chipotle ale, a smooth and malty beer with a smoky finish. Mr Minx had a tasty Evolution Lot 3 IPA, and my brother chose another IPA, the name of which I don't recall, and because I'm a dolt, I didn't write down.

Once beers were ordered, we took another few minutes to decide what all we wanted to try. I was adamant we go for the Buffalo brussels sprouts, which turned out to be an excellent idea. The sprouts, some halved, some just loose leaves, were roasted, even charred in spots, tossed with hot sauce and topped with cheese sauce. The four of us attacked the ample serving and didn't look up until it was all gone. They were that good. 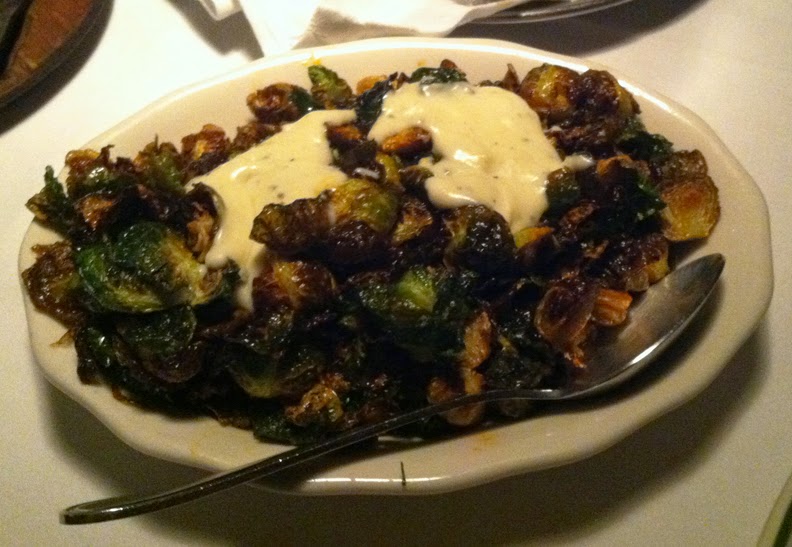 We also tried both the roasted oysters (done a la clams casino, with bacon, peppers, scallions, and mustard) and a selection of raw ones. The roasted bivalves had a pronounced mustard flavor, and while the taste was good, I felt the crust was soggy. The oysters were still nearly raw though, which is a good thing. I suppose it is a fine line between overcooked (if the topping was crisp) and perfect (soggy crust). 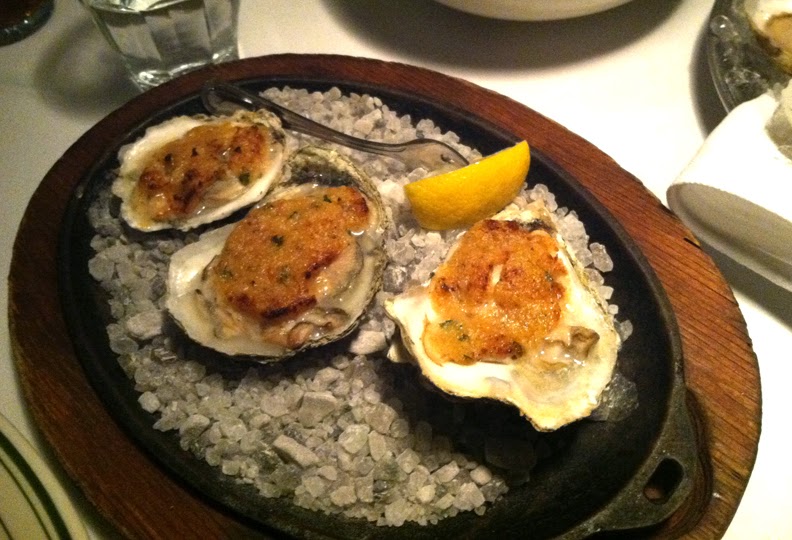 We ordered one each of the six varieties of local and otherwise raw oysters available. They were fresh and briny. A bit too many broken shell pieces for my taste, but their freshness can't be faulted. 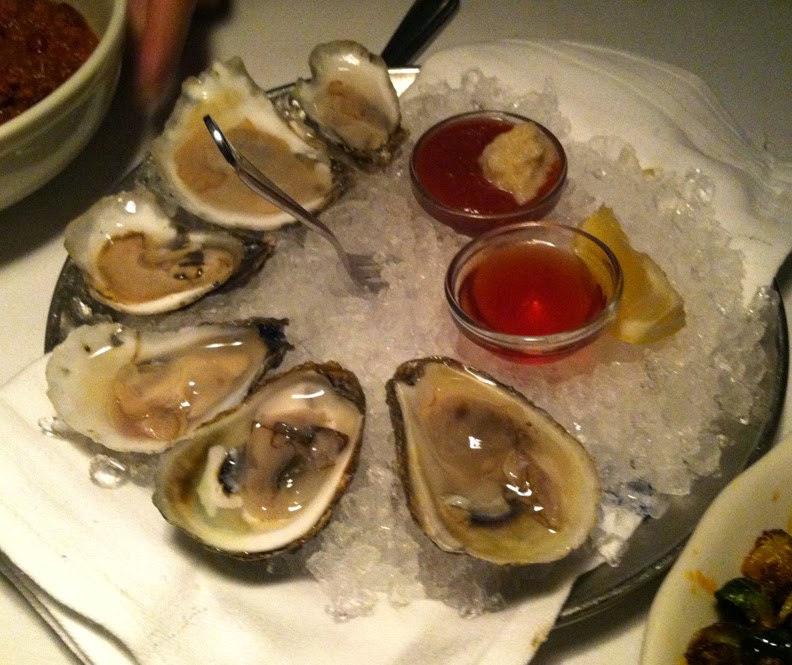 Dad is a sucker for chili and ordered the beef and bacon-enriched version of the day, which contained chunks of beef in addition to ground beef and kidney beans. The chili had an unusual tangy aftertaste which I associate with smoked brisket. The serving was huge, and at $8, a pretty good deal.

Despite being a casual tavern, there are some dishes prepared tableside, like salads and a steak tartare entree. The chili was served as if it were a fancy soup: poured tableside over a bowl of rice. Gotta say, despite the overall tastiness of the chili, the plop plop plop presentation was less than appetizing. Save that for bisques, please. 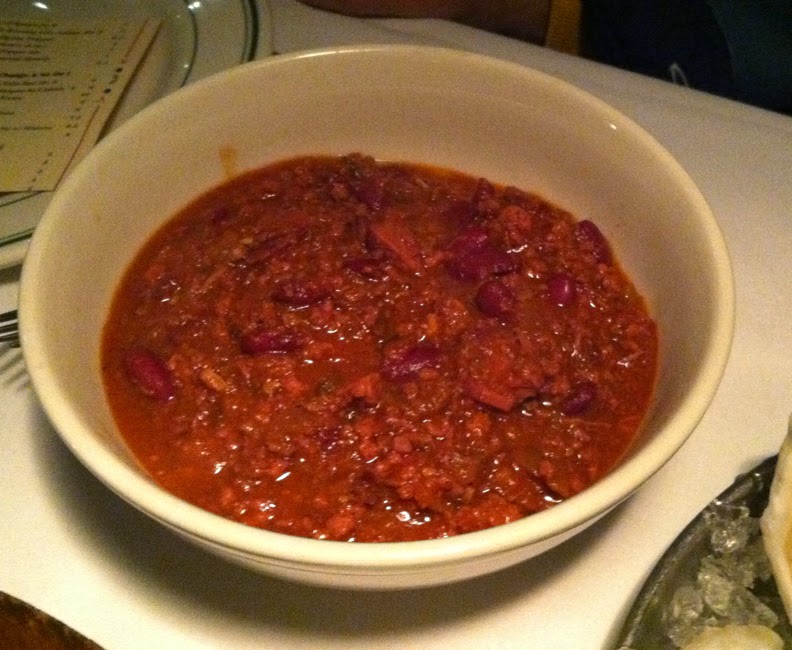 Dad doggie-bagged much of the chili, for he had also ordered a burger. Burgers at the Nickel Taphouse come in 5-ounce "nickel" and 10-ounce "dime" sizes, with either minimal toppings (the "purist") or with extra sharp cheddar, house-cured bacon, mushrooms, a fried egg, and Nickel sauce (the "works"). Both Dad and my brother kept it simple. The Roseda beef burgers were plump and tasty. The brioche bun stood up better under the weight of only one patty but started disintegrating (as they always do) in the two-patty dime version. 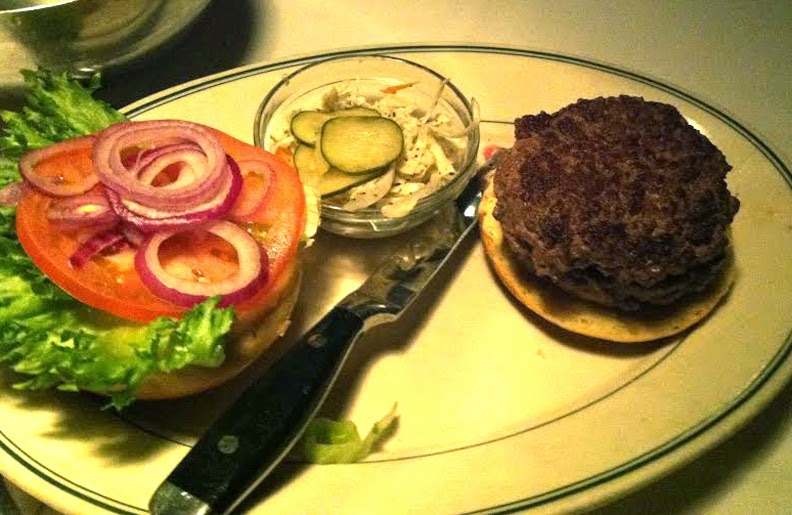 In contrast, the roll on Mr Minxes beef on weck stayed intact and crunchy from start to finish. This western New York state specialty is simply thinly sliced rare roast beef on a kummelweck, or caraway and salt-topped roll. A bit of horseradish on the side added just enough oomph to the massive pile of tender, juicy, meat. The roll, which seemed mostly crust, was light and crisp, almost crackling. Personally, I think kummelweck rolls need to become a thing in Baltimore.

A bowl of good house slaw and pickles came with all three sandwiches. 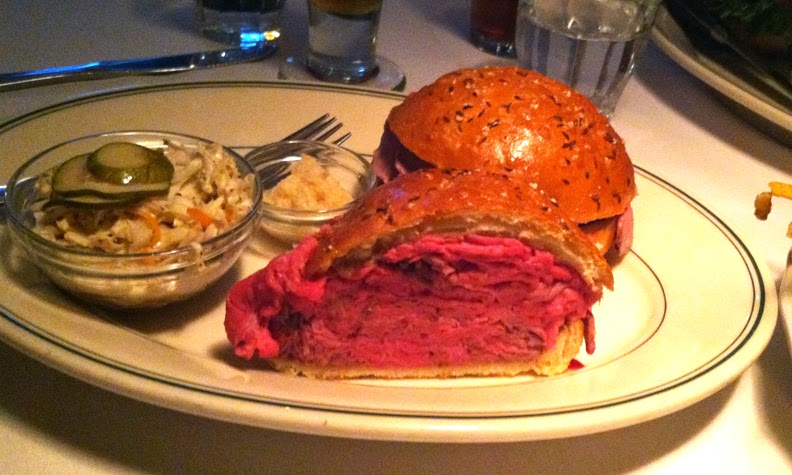 I opted out of the meatfest and instead went for a bowl of mussels. They come in a few different flavors at Nickel Taphouse; I chose the Thai curry version. While not tasting particularly of red curry at all to me (it needed a bit of kaffir lime leaf and Thai basil), the creamy sauce was otherwise fragrant and not overly rich. I hate that mussels are so tiny these days, but these tasted terrific, and not a closed one in the bunch. 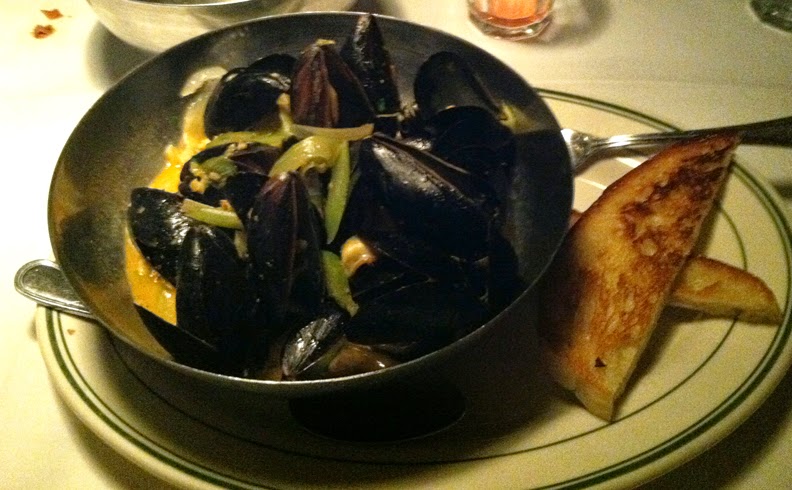 A gigantic order of fries with a tarragon aioli worked both with the sandwiches and my mussels. The fries were ultra slender and very crisp. 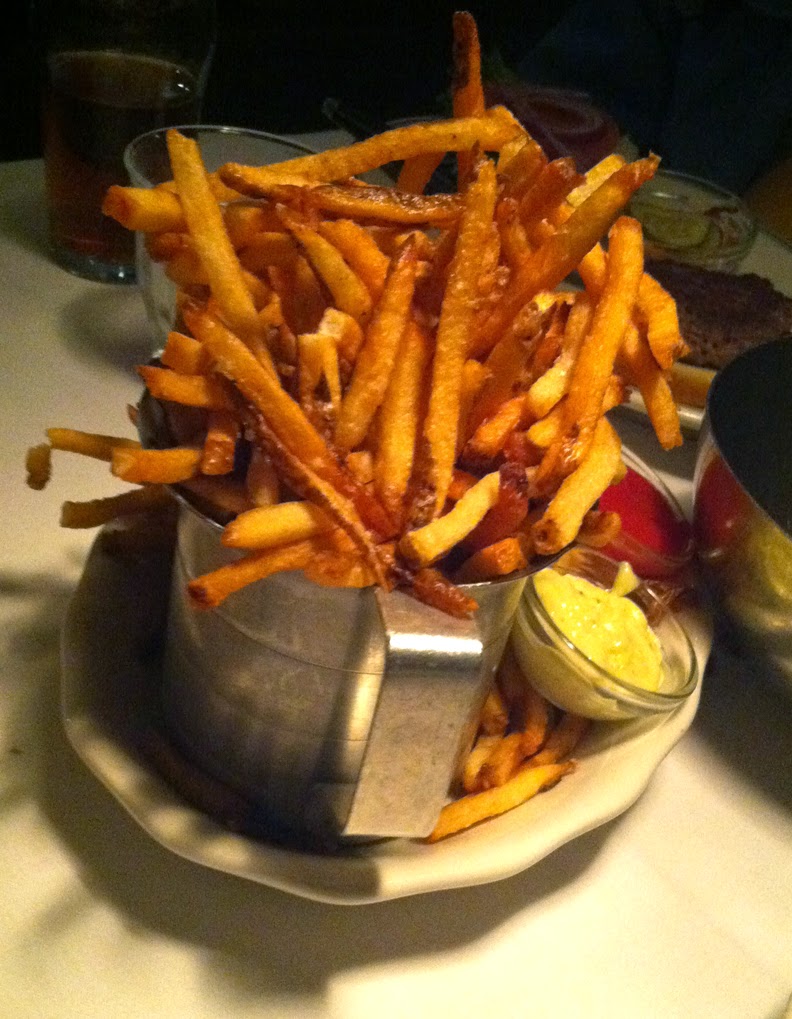 So maybe we waited a bit long to try the Nickel Taphouse. Now that we have, we will consider putting it into our regular rotation. I could eat those brussels sprouts regularly.