I made some gnudi this week, and they reminded me of Mario Batali's ricotta gnocchi. Same concept, really, just a bit larger. 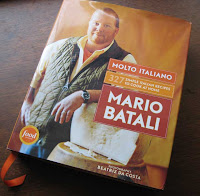 I was flipping through Molto Italiano last week, looking for nothing in particular, when I spotted a recipe for ricotta gnocchi. I have had past experience with gnocchi-making, and let me say it was not a good one. But those were the potato kind, what most of us think of when we think "gnocchi." (Should we think gnocchi at all.)

The ricotta gnocchi seemed easy - mix a few ingredients, make some balls of dough, cook them. Presto! Dinner. But it was a bit more involved than I thought. Even so, they were not difficult and the end result sure was delicious, if I say so myself.

I didn't follow the recipe precisely - I didn't do the sausage and fennel part at all, just the dumplings. 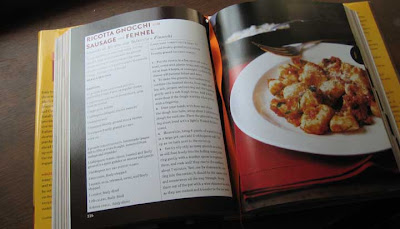 First I had to drain the ricotta overnight. Here it is, post-drainage. 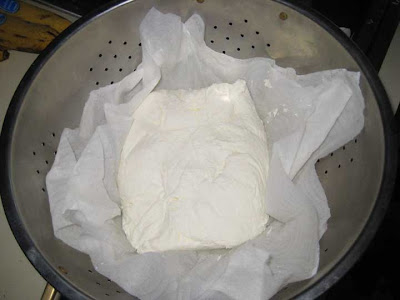 Next I took 1.5 lbs of the drained ricotta and mixed it with two eggs, 1 teaspoon of salt, and 1 cup of all-purpose flour. A symphony of white. I also added freshly ground pepper and nutmeg. 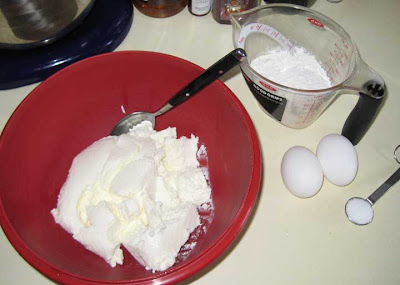 After mixing, the dough was still a bit sticky, so I added more flour. Didn't want to add too much though, just in case they came out as gut-busting rocks (a.k.a gnocchi). I then "rolled" the dough into balls using about 2 tablespoons of dough each. They're not very pretty, are they? 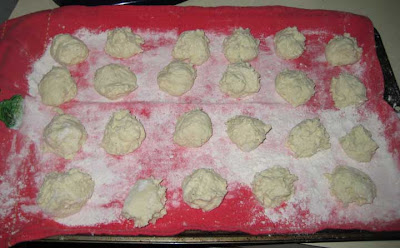 After I had every blob of dough rolled (well, what I could get off my hands, anyway), I commenced to boiling them. The recipe calls for two boils, one for about 7 minutes and another one for 6. One 8 minute boil turned out light fluffy dumplings that were cooked all the way through. 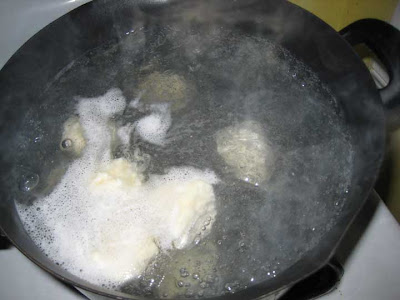 Here they are, chilling in an ice bath while waiting for the second batch to cook. 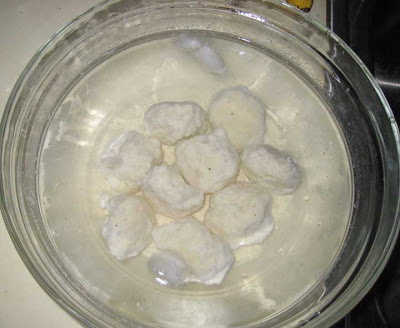 And here they are, browned in butter with onion and mushroom, garnished with parmesan cheese, some leftover salami, and fresh chives and basil from the garden. The plates I used (our everyday pasta bowls) are a bit busy, so I highlighted the food so you could see it better. 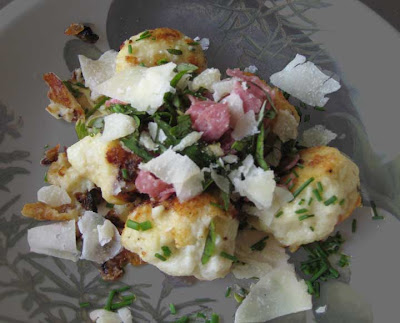 Though light and fluffy, they were quite filling. With a salad on the side, 5 made quite an ample serving.