When I initially received an invitation to a media dinner at J Paul's restaurant in Harborplace, I was amused. "That's still around?" I thought. I'm always surprised that anything is in Harborplace anymore, especially after Phillips jumped ship last year. Back in the day, in the early 80s, my family was at Harborplace all the time. We lived in Fells Point, so it was a quick trip in the car, or a long walk if we were feeling energetic, to get there. We ate very frequently at Bamboo House (a precursor to Joey Chiu's Greenspring Inn) and later, in the 90s, Paolo's was a favorite. But they're both gone, and so is almost everything else in those big glass pavilions. Bubba Gump's has moved into the spot where Phillips ruled for 30 years, and H&M occupies a great deal of the Light Street building, including Paolo's old digs. There's a Hooter's in there, and the Fudgery is still around after all these years, but Harborplace is probably even disappointing to the tourists these days. Which brings me back to my surprise at a media dinner at J Paul's.

The restaurant has been in the Light Street pavilion since 1997. (The original Georgetown restaurant has been chugging along since 1983. Somehow, DC has been kinder to establishments in the Capital Restaurant Concepts group - Paolo's is still open there, whereas Baltimore has lost both outposts.) Fifteen years and a major renovation later, they just wanted to remind Baltimore that they're still around. And they're worth a try. Honestly - we enjoyed our meal, and were sad that the restaurant was so empty. 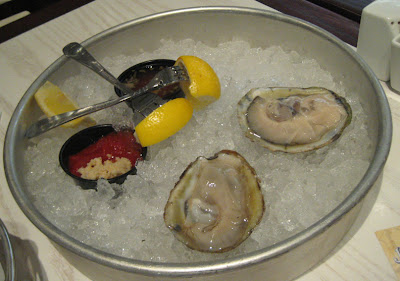 We started our meal off with a couple of Blue Point oysters, which were supremely fresh, meaty, and delicious with a dab of lemon juice and sprinkle of mignonette. It might seem odd to eat only one oyster, but neither of us are fans of raw bivalves. However, our server was persuasive, and later, after we commended her on her recommendation, she suggested we try more on a Thursday, when the restaurant offers half price raw bar items from 5pm until closing. Not a bad idea. 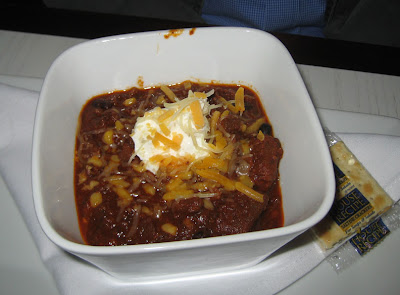 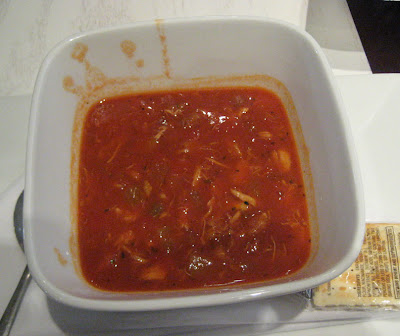 Next were bowls of Maryland crab soup and chili. I'm always skeptical about restaurant chili, which is usually a flavorless melange of ground beef and kidney beans. J Paul's is made with short rib as well as ground beef, and the shreds of meat are the predominant texture. The bowl of red was well-spiced without being hot, and it was almost as good as my home made. Color me impressed. The Maryland crab was also quite good, with a spicy tomato broth that did not have the typical Old Bay flavors. A nice change. And bonus for me - no lima beans! 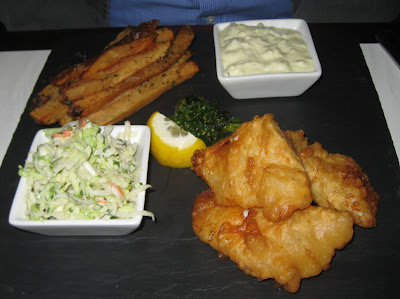 For our entrees, we tried the crab cakes and the fish and chips. Mr Minx's cod was so delicately beer-battered as to seem like tempura, and the fish inside was moist and flaky. Even better was the fresh-tasting, very crisp, cilantro-spiked cole slaw, which had the perfect amount of sweetness. 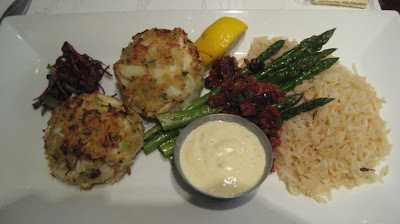 My crab cakes seemed small for the price ($26) but they were very tightly packed. I'm a bit of a crab cake snob, and would say these were merely ok. However, I was impressed by the cakes' accompaniments, which seemed somewhat unconventional, as far as crab cake sides are concerned: perfectly cooked asparagus topped with a sundried tomato tapenade, rice pilaf, and a cherry pepper remoulade that had a real kick. 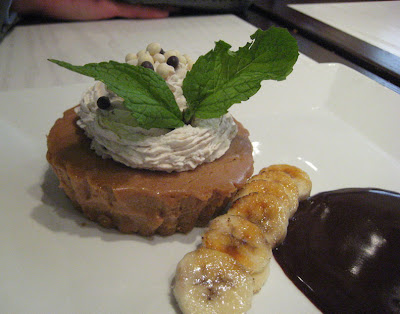 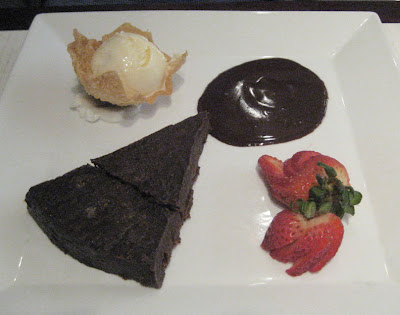 We washed down our meals with a crisp J Pauls amber ale, and a J Paul's mojito, which is a mojito in name only. Rather than rum and mint, cherry-flavored Jim Beam Red Stag is muddled with basil, with added brown sugar, simple syrup, and lime. A bit too sweet, but interesting.

If I happen to find myself hungry at the Inner Harbor, J Paul's has definitely made itself a dining option. We need to check out the Thursday raw bar special, and the weeknight happy hour nibbles (filet mignon slider, vegetable tempura, shrimp corn dogs, deviled eggs) are tempting, too.