While we ate a lot of carry out and delivery food during the first 8 weeks of #stayhome, we also cooked regularly, too. Some of the food was completely from scratch, while other dishes repurposed restaurant leftovers. (I hate food waste, and you should, too.) 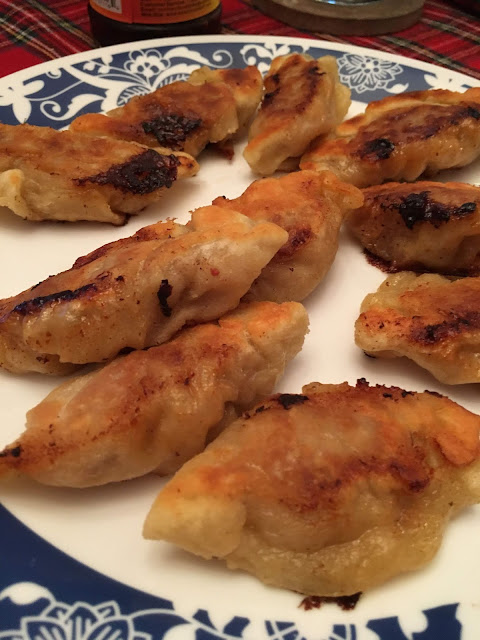 On the Tuesday of what would become Week One, I had tickets to The Band's Visit at the Hippodrome, and I had planned to take my friend Jeremy. The show was postponed pretty early on, so he and I made alternate plans. Those alternate plans were also changed by coronavirus. Plan C involved J coming over to make us Chinese dumplings, from scratch--wrappers and all. I was sous chef, and I am responsible for the horrible pleating on the dumplings. (I think we added too much water to the dough.) Still, they were delicious, particularly the fried ones. 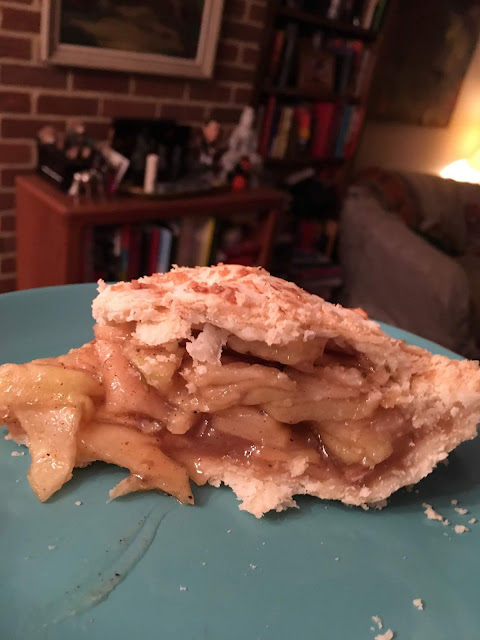 I made gluten free apple pie for dessert, which we consumed with an Irish coffee on the side. Pierish coffee, as J calls it. It's not a thing, yet, but it should be. 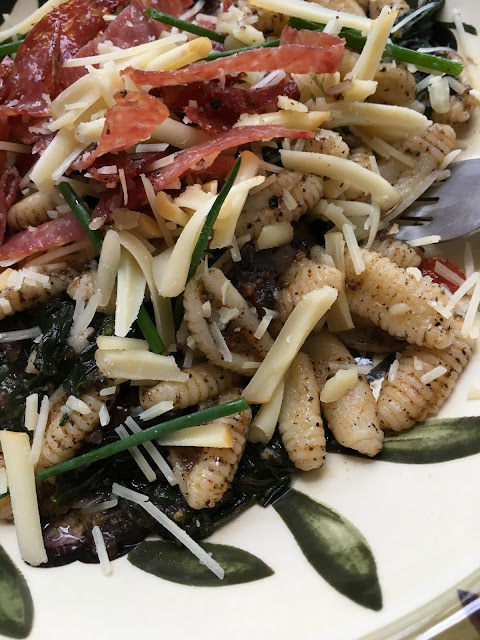 My friend Laurie, @Baltimorehomecook on Instagram, started a project of making pasta and delivering it to folks. I can't turn down her homemade cavatelli, which I served with chopped up Italian cold cuts, spinach, parm, and fresh chives. 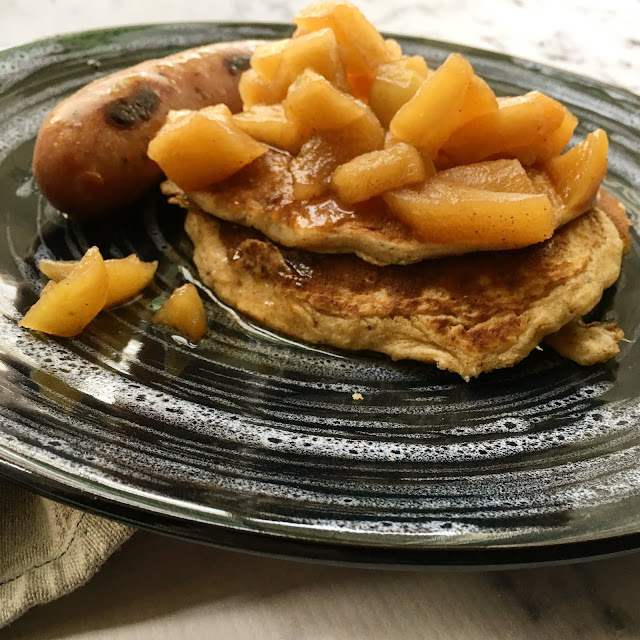 I was still attempting to continue Whole30 at this point, so these pancakes are made with Bob's Red Mill gluten free one-to-one flour. 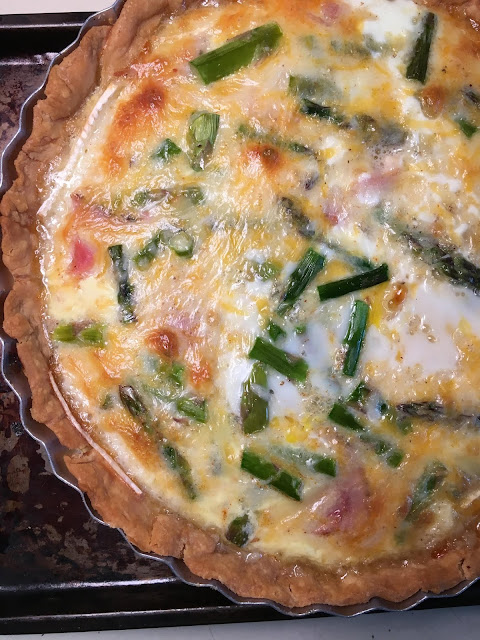 Then I decided, since I wasn't losing anything, that I'd allow some gluten back into my life. Like the crust on this ham and brie quiche. 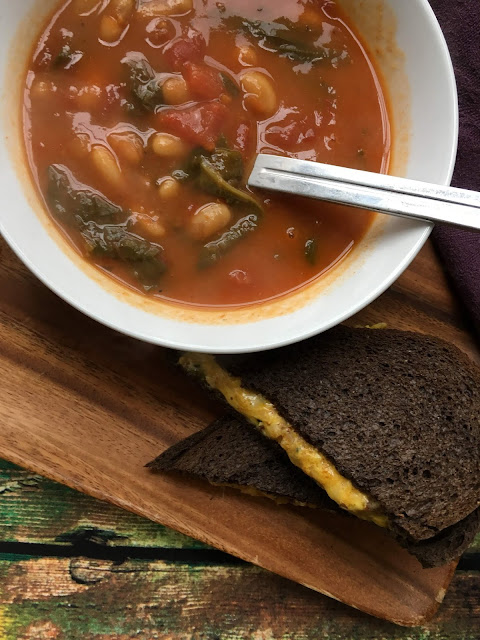 And the pumpernickel bread used for this toasted cheese sandwich served with a quick soup of canned tomatoes, cannellini, and stock, with fresh swiss chard. 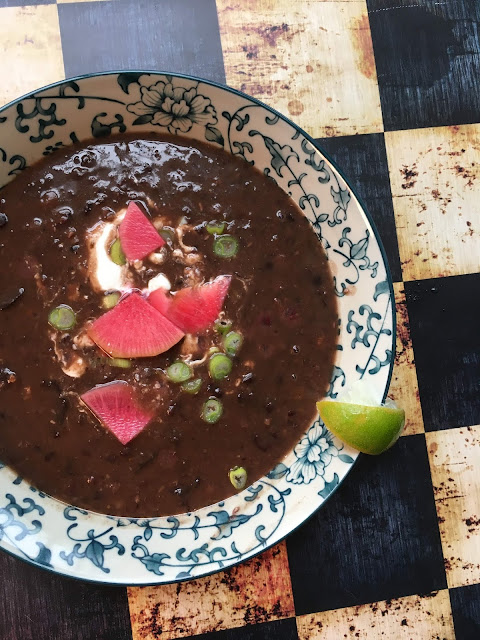 Black bean soup with pickled watermelon radish yielded enough to stash a quart in the freeze for future eating. 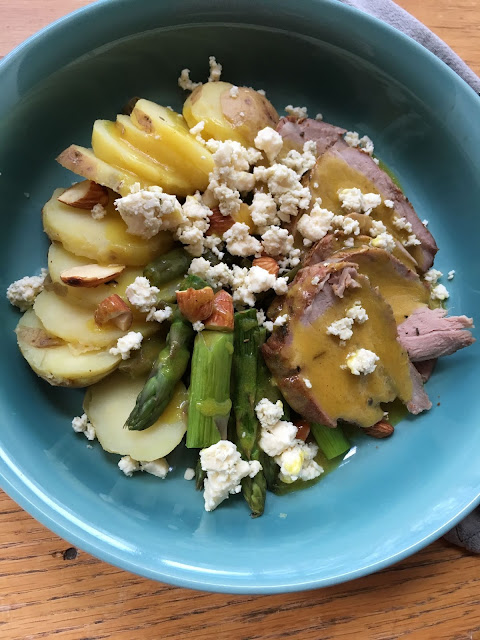 Leftover pork tenderloin became an element on this salad, a riff on the classic nicoise, with a mustardy vinaigrette and potatoes. Cheese and nuts just because. 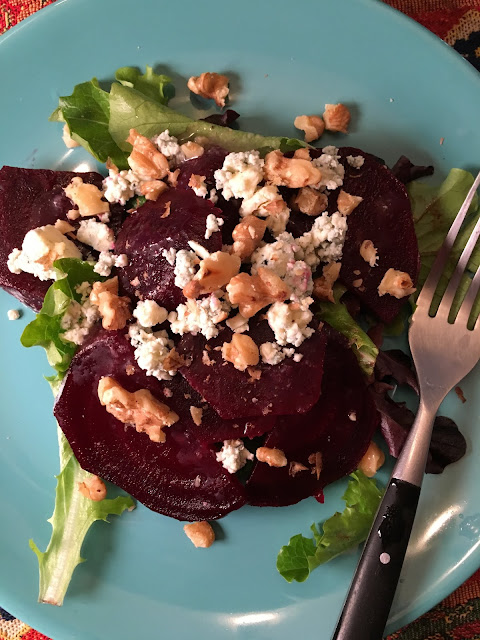 I found that beets make great lunch salads. I tried red, chioggia (candy stripe), and gold beets, and determined that the earthy flavor of red goes best with cheese (feta or bleu) and nuts (walnuts or anything else). 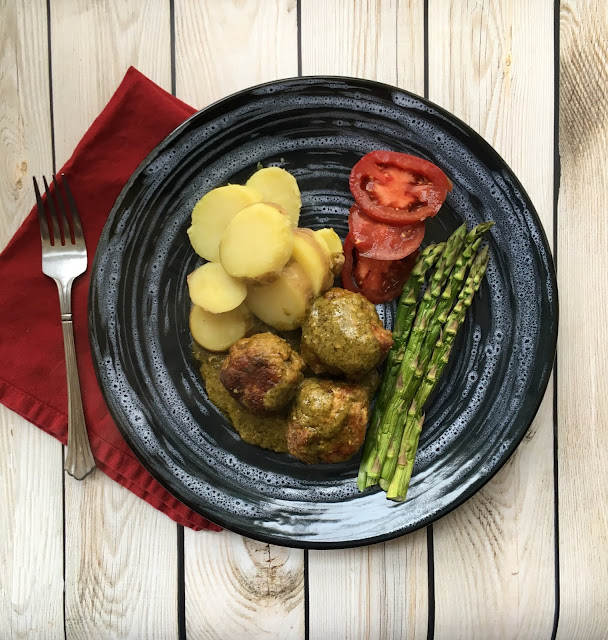 Turkey meatballs with creamy pesto were good for a couple of meals. 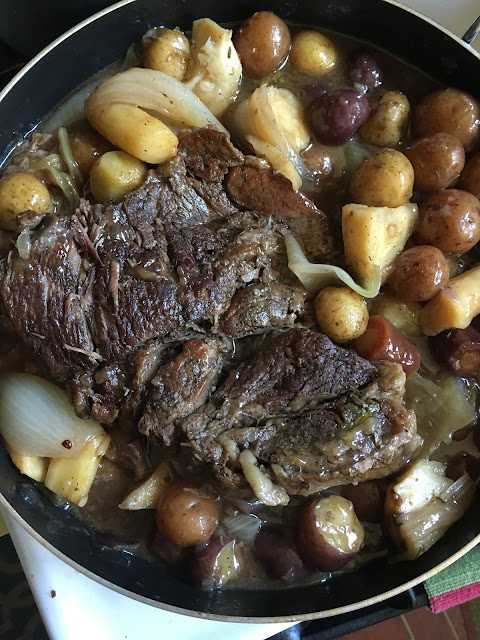 Ditto this pot roast, which we ate at least 4x. 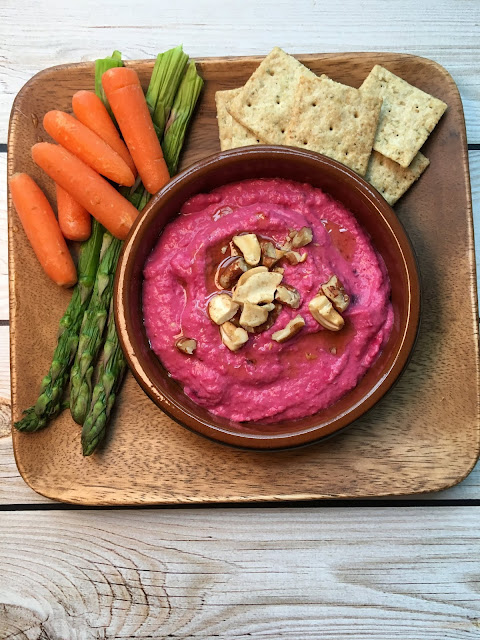 I like changing up my daily lunch, so when I don't have leftovers to eat, I make something like this beet hummus. 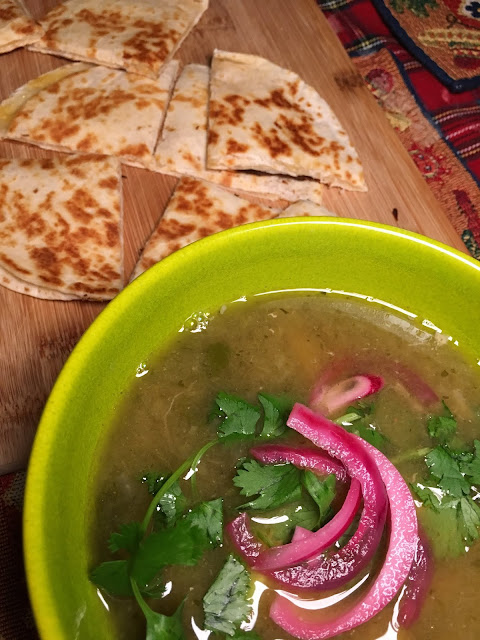 I opened up a jar of Desert Pepper Salsa Rio and knew we wouldn't be able to eat the whole thing before it got funky, so I repurposed it as a soup with cannellini beans, leftover pork, and pickled onions. Cheese quesadilla on the side. 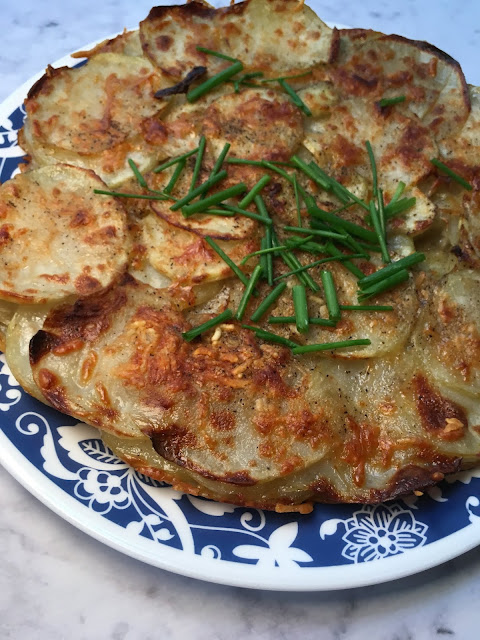 We've been eating a lot of potatoes, mostly baked. One time I got fancy and made Smitten Kitchen's cacio e pepe potatoes Anna. Pretty good, but next time I'll use butter instead of olive oil, for more flavor. 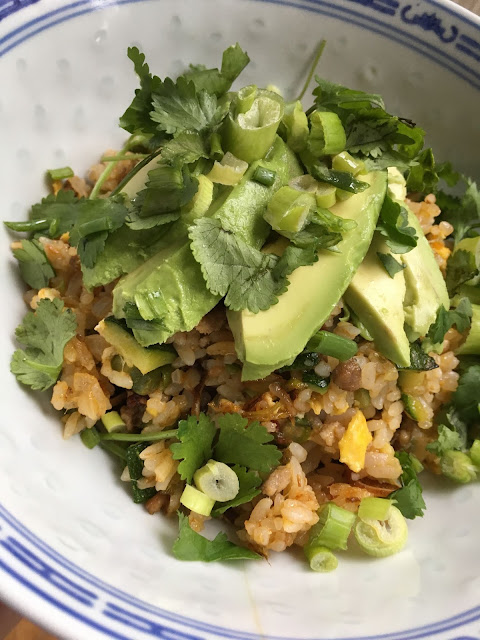 We've had Chinese carry out a few times, from Red Pepper Sichuan in Towson and Asian Kebab and Hot Pot in Lutherville. (They are owned by the folks who operated the late, lamented, Hunan Taste in Catonsville.) A ton of rice meant fried rice one night. I also repurposed some crazy spicy pig ears into this dish, and the avocado mellowed that heat out nicely. 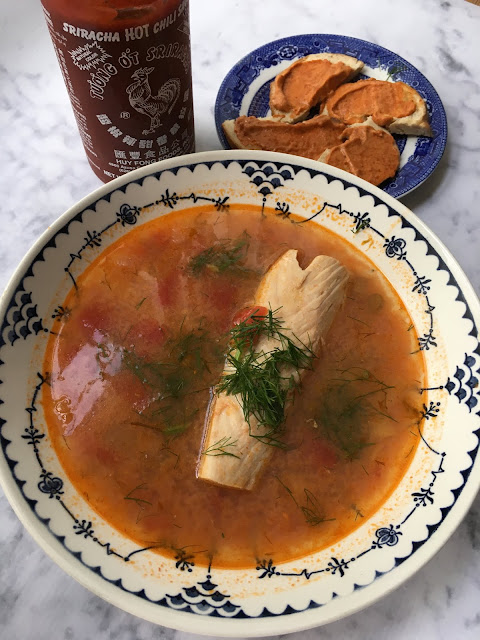 I broke out my recipe for sriracha bouillabaisse one evening to use up a pack of frozen TJ's mahi mahi. With some rouille-coated toasts, it made a fine light supper on two evenings.

What have you been cooking at home?