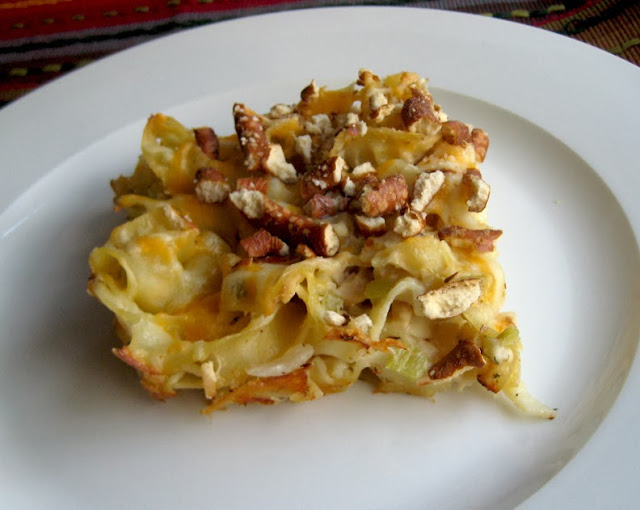 I was raised in a Polish Catholic family, so Lent was a big deal when I was growing up. I hated Lent. I resented that I had to give something up. I disliked the whole weekly standing/ kneeling/ chanting torture known as the Stations of the Cross. And I hated the customary Friday suppers of either fish sticks or tuna casserole. Back when I was in grade school, my mother wasn't a very imaginative cook, so we were stuck eating either Mrs Paul's (later Gorton's, which were much tastier) or a combination of canned tuna, noodles, and Campbell's cream of celery soup every Friday for six weeks. A relatively short amount of time, but it felt like an eternity to someone who just didn't want any part of it.

It's been at least 25 years since I've eaten tuna casserole. By the time I graduated high school, my mom was a more creative cook and also felt we could fix our own Friday dinners. Yay for adulthood! Honestly, I'd rather have egg salad or fried eggs or pancakes or a veggie burger than fish sticks or tuna casserole on a Lenten Friday evening. (Even more honestly--I'd rather have a steak.)

Not long ago, I decided to try making a tuna casserole. Mr Minx had been spared the lifetime of horror but he was still completely dubious about the idea of hot tuna + noodles (although he did like the noodle part on its own). I wanted to make my Mom's casserole--partly to see if it was as scary as I remembered, and partly because (more honesty here) I did occasionally enjoy it--but I couldn't find her recipe. I was pretty sure she used the one on cans of Campbell's cream of celery soup, but the recipe found there now, labeled "classic," involves pimientos and peas. Yuck. Lets not make things worse, shall we?

I did remember that Mom's dish had cheddar cheese and crushed pretzels in addition to egg noodles and that soup, so I went with that. Part of me hoped when we went to the grocery store that Campbell's had discontinued the cream of celery variety. Alas, it was there, in a low-sodium version that had no flavor at all, celery or otherwise. I added some sauteed onion and celery to the dish to make it taste like something other than hot tuna. 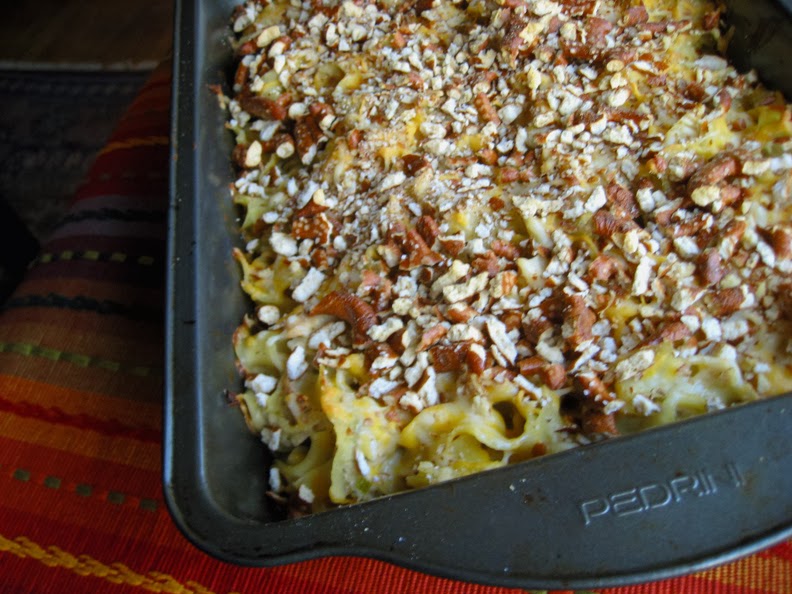 Surprisingly, the flavor-less soup was actually not a bad thing at all. I think the strong celery flavor was what made me dislike the casserole more often than not. The rest of the ingredients were spot on though, really evoking a taste of the 70s. But in a good way. The real trick is to season that bland soup. Dress it up with herbs and spices, add onion and garlic, some cayenne or Tabasco. If you're not averse to a little more work, make a couple cups of bechamel and use that instead.

Mr Minx actually enjoyed the casserole, as did I, and we ate the whole thing over the course of a few days. And I'd actually make it again, maybe for Lent. But more likely we'll be having steak instead.

In a 3 quart saucepot, cook onion and celery in the butter until vegetables are soft. Stir in the soup and milk. Season with dill, onion powder, pepper, salt, and cayenne. If you think it needs more flavor, add more of the above, or even other stuff. A pinch of tarragon might be nice. Stir in the tuna.

Add cooked egg noodles to the pot a few handfuls at a time, stirring to coat with soup mixture. You will not need all of the noodles, so hold back a cup or two.

Pour half of noodle mixture into a buttered 9 x 13-inch baking dish. Sprinkle over about 1/2 cup of the cheddar cheese. Top with the remaining noodle mixture and the rest of the cheese. Sprinkle the crushed pretzels on top. Bake for 25 minutes, until cheese is melted and the edges of the noodles are getting brown. 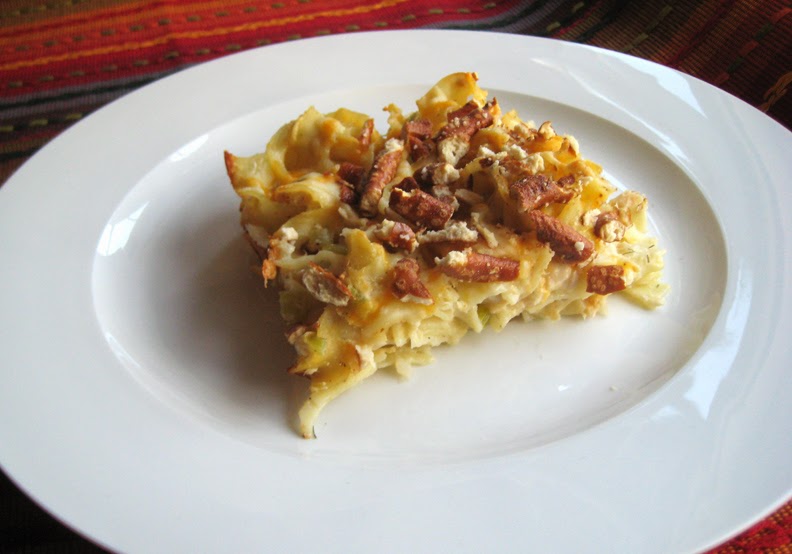