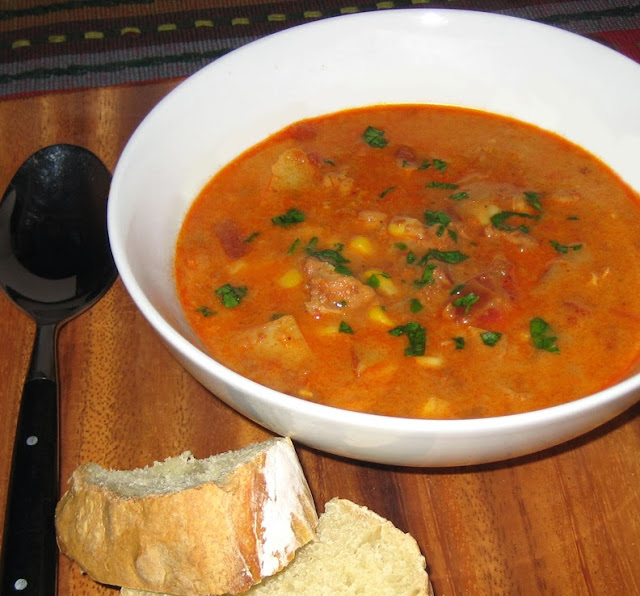 Nothing hits the spot on a frigid winter day like a bowl of soup. Especially a hearty soup made with a bunch of stuff that I usually keep on hand: frozen chicken thighs, chicken, and corn; canned tomatoes and chipotles; and chicken stock. A loaf of freshly baked bread is the perfect accompaniment.

If you don't have chicken, chunks of beef stew meat would work well, just cook the soup longer to ensure the meat is tender, adding additional stock if necessary.

Remove chorizo from casing and place in a 3-quart pot along with the onion and a pinch of salt. Cook over medium heat, stirring regularly, until the onion is translucent and the sausage has browned and broken into small pieces. (There should be more than enough oil in the sausage to cook the onion without burning; if you have some weird super lean chorizo, add a dribble of oil.)

Pour in the half and half and stir to combine. Taste for seasoning and add a bit of honey if you think the soup needs some sweetness (I did) and add salt and pepper to taste.