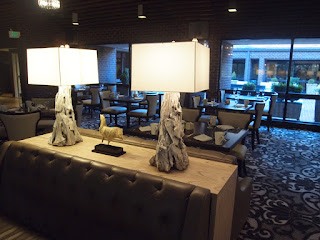 When Baltimoreans of a certain age hear the words "Cinnamon Tree," they think of brunch. At least we do. The Cinnamon Tree restaurant at the Hunt Valley Inn, once famous for its lavish brunch, has been around forever, and...it still is. Marriott no longer owns the facility; new owners, the Laurus Company, have turned the hotel into a Wyndham Grand and sunk some serious money into renovating the entire place.

Northern Baltimore County is horse country, so of course there's a horse theme at play in the decor. It's pretty subtle though - no hunter greens or plaids to be seen anywhere. Instead, the hotel is decorated in soothing neutrals, lots of browns, grays, black, and white, with a horse sculpture here and there. The Cinnamon Tree, too, is done up in neutral shades, with interesting lamps and chandeliers to catch the eye. We appreciate the carpet and padded seats, which will absorb the noise that 100+ people eating brunch can make.

While that signature brunch is held on both Saturday and Sunday, we came in for dinner one evening. We started the meal with two of their race-themed cocktails, the whisky-based Belmont and the vodka-based Black-Eyed Susan (official drink of the Preakness!). Mr Minx had originally ordered a Mint Julep, but the bar had run out of mint. Partway through our meal, mint had been obtained and two juleps were brought to our table. All three drinks were generously sized and quite tasty. 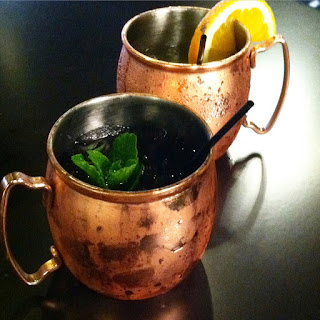 We started off our meal with a creamy she-crab soup with a pronounced sherry flavor and a decent amount of crab lumps. Think cream of crab, but without that soup's normal overly-thick quality. 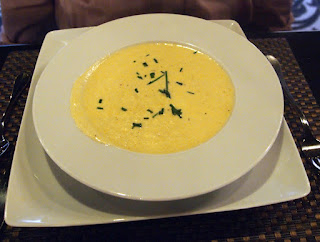 We also tried the crab and corn fondue, which while thicker than a fondue and meant to be a spread rather than a dip, it had the customary Swiss cheese flavors, but with crab and corn added. Both the soup and fondue came with crusty garlic crostini, which were also delicious on their own. 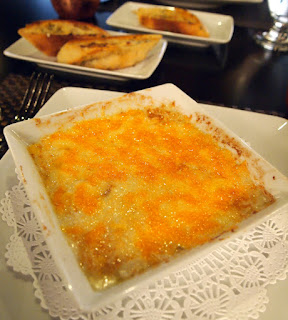 We shared a classic wedge salad, which was light and refreshing with just the right amounts of bleu cheese dressing and bacon bits. 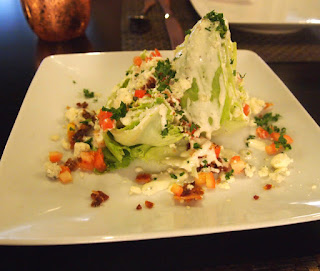 For our entrees, Mr Minx enjoyed the beef short ribs in a rich cabernet sauce... 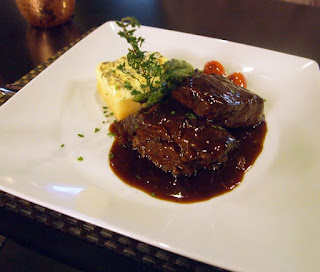 ...while I had the crab cakes with bearnaise sauce. Both dishes came with a slab of what the menu calls au gratin potatoes, but is actually a very rich potato pavé loaded with cream and butter, and sauteed asparagus and grape tomatoes. 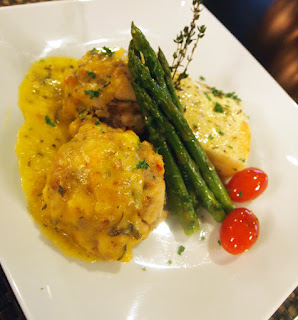 We were quite full, but couldn't turn down the desserts that chef Patrick D'Costa himself brought to the table: a creamy almond cheesecake with a sturdy butterscotch-flavored crust, and a rich key lime pie. Both made in house, both delicious, both taken home in doggie bags to be enjoyed when we had some room to appreciate them. 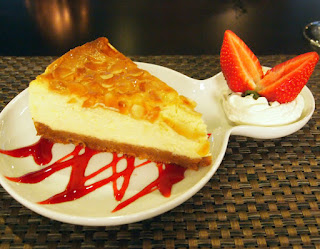 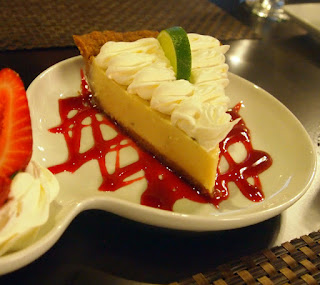 It's nice to see an old classic being reborn like the Cinnamon Tree. Even the famed cinnamon tree sculpture itself, once a fixture of the dining room, will be given new life in the form of a waterproofing treatment and a new home in the courtyard of the hotel, visible through the restaurant's large windows.

Other dining establishments at the Hunt Valley Inn include the Polo Bar, on the other side of the lobby from the Cinnamon Tree. This cozy bar serves tapas like flatbreads and empanadas. Cafe 245 offers Starbucks coffee and light bites like pastries, sandwiches, and salads. And later in the year the Black Horse Pub will open, serving casual fare.