There's no shortage of sushi restaurants in the Baltimore area. Edo Sushi, the restaurant in question here, has two locations in Owings Mills and Harborplace as well as the one we visited, in Timonium. In addition to sushi, the restaurants offer the usual tonkatsu/teriyaki/tempura entrees that please most American palates. The sushi, too, is geared toward the typical American predilection for items that are both over-sized and over-sweet. 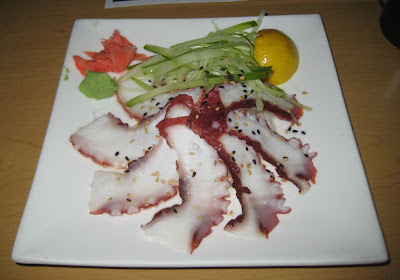 The takosu appetizer was one of the less-sweet things we ordered. The thinly sliced and fairly-tender octopus was served in a vinegar-based sauce, with half a lemon to make things more tart, if we liked. 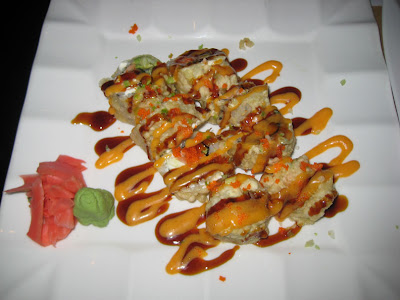 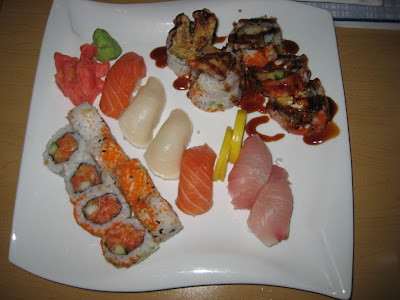 We then had a selection of nigiri and maki. The tuna, escolar ("super white tuna"), and salmon were all impeccably fresh and mild, and the salmon roll was nice. However, the soft shell crab roll was doused with too much sweet eel sauce (which makes the roll both cold and soggy), and the special "Flacco roll" was glopped with two kinds of sauce. But in both cases, the fish underneath was tasty, and the soft shell crab had a nice crunch to it. 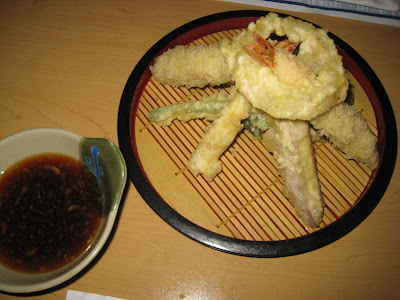 As a palate cleanser, we ordered a simple shrimp tempura dish, and enjoyed the crisply fried vegetables and seafood with a tangy soy-based sauce.

Overall, Edo Sushi is pretty good, though the prices seem a bit high for the specialty rolls. But the service is attentive and I loved that our cups of green tea were pretty much bottomless (no tea bags here!).