Mr Minx and I generally aren't steakhouse people, but we do like a good chunk of meat on occasion. When we received an invitation to try Sullivan's Steakhouse, we immediately said yes.

We started our meal with the lump crab cake appetizer. Don't expect a Maryland-style cake at Sullivan's. Theirs contains bell pepper and is breaded with panko. But it's moist and lumpy, and the crisp crust is a nice addition to a familiar dish. 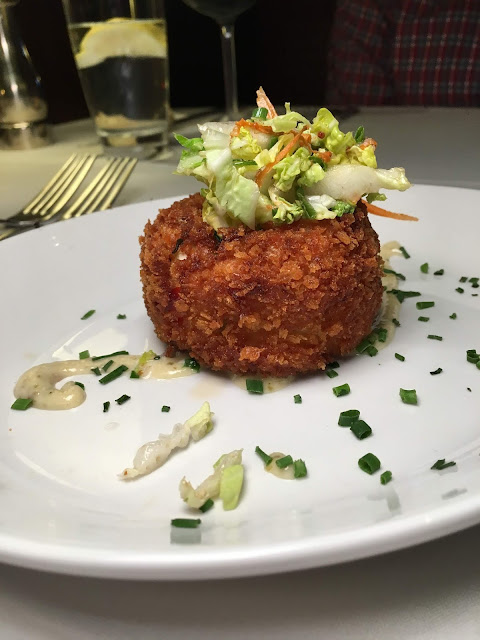 The lobster and shrimp bisque is a must-try. It has a deeply-flavored shellfish stock base, with a hint of tomato. There's not much in the way of actual chunks of lobster in the soup, but the ones we found were very tender. 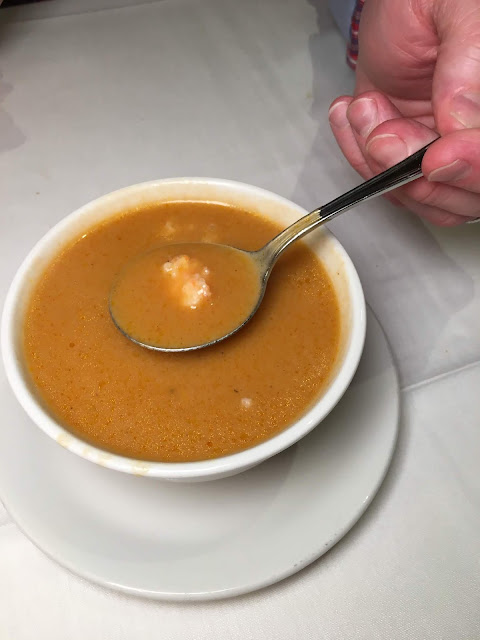 Mr Minx went for the 22-ounce cowboy rib eye, and I had the roasted rack of lamb. The steak was a bit shy of medium rare, tender, with a nicely seasoned crust. The chops were a little over mid-rare, but still juicy, and bathed in a lovely, slightly sweet grain mustard/rosemary glaze with a hint of mint. 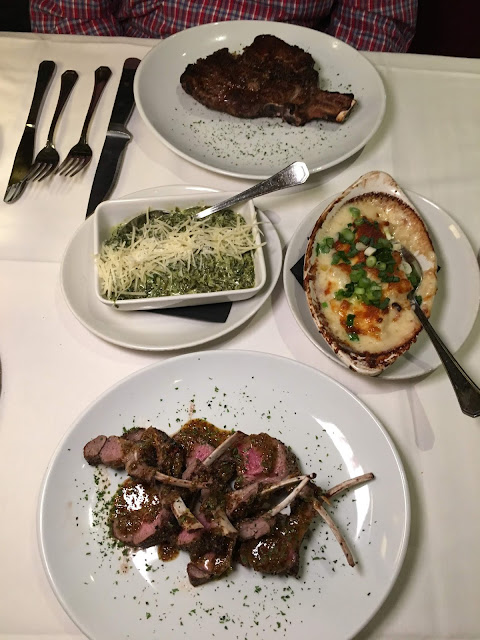 For dessert, we had the Chocolate Meltdown: a flourless chocolate torte topped with chocolate mousse and fresh raspberries and concealed by chocolate dome. At tableside, the server pours hot chocolate sauce over the dome, which melts it and reveals the treat inside. Generally, this is an Instagrammable moment, but our hot chocolate sauce was too thick and lumpy to pour properly, and the end result was a big chocolate mess on the plate. Not too pretty, but it tasted great, which of course is the most important thing, right? 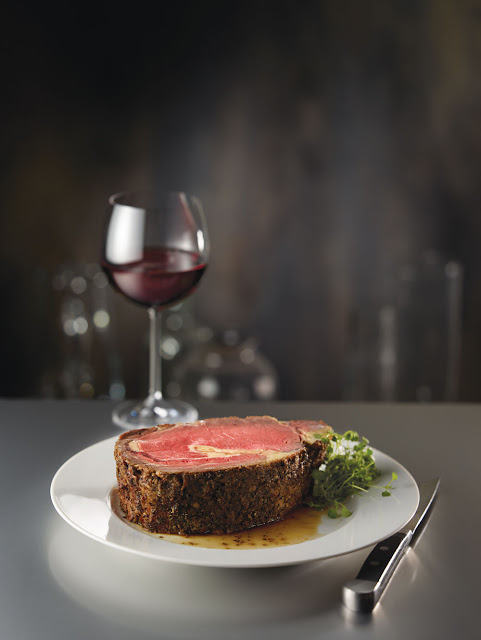 In addition to their regular deliciousness, Sullivan's is bringing back Prime Rib Sundays. Every Sunday starting at 4pm, guests can dine on 12- or 16-ounce portions of hand-carved prime rib served with garlic horseradish mashed potatoes and a selection of Sullivan's signature sides.

Note: Several Inner Harbor-area restaurants have closed in the last year, some blaming it on crime. The real crime is the cost of parking. Parking in downtown Baltimore is shamefully expensive. Up to 2 hours can cost $24! That's no way to attract local diners. Pro tip: use a parking app, like Parkopedia. I found a garage that offered 3 hours for $9, and it was around the corner from the restaurant (1 West Pratt garage). Do your wallet a favor and try reserving your space in advance.