For serious meat lovers, Brazilian steakhouses like Fogo de Chao are sheer nirvana. One can simply sit at the table while waiters arrive with skewers of various grilled meats. For one set price, meat lovers can gorge on steak, pork, chicken, and lamb in all varieties until they cannot eat another bite. Fogo is also good for people on low-carb diets as, in addition to all the meats, they offer a huge self-serve bar full of vegetables and salads.

When the warmer weather sets in, some might feel that a meal heavy in proteins might be too rich for the rising temperatures. However, Fogo is introducing seven new items for Spring with lighter cuts of meat, seasonal vegetables, and a new tribute wine. The Minx and I were recently invited to try out these new menu items. 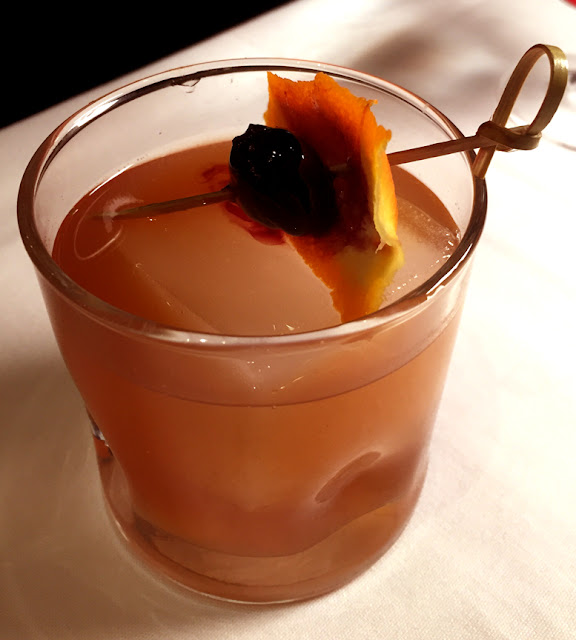 I started out with their new Blood Orange Manhattan. Buffalo Trace Bourbon is mixed with a splash of Carpano Antica and dashes of blood orange and angostura bitters, then served over rocks. While it did remind me a bit of a Manhattan, this cocktail had a bright citrus touch. 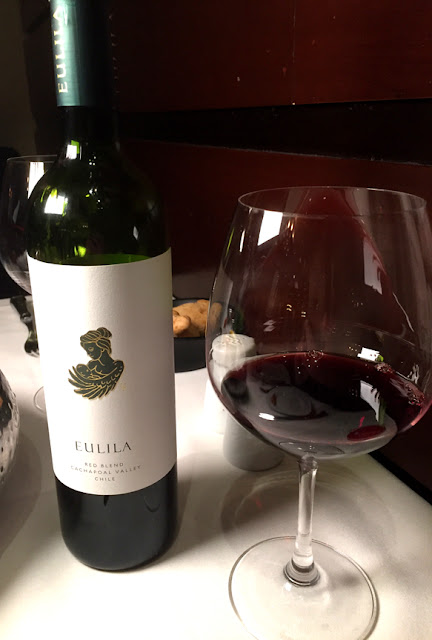 Fogo has also unveiled “Eulila,” a red wine blend that pays tribute to Eulila “Selma” Oliveira, Chief Culture Officer of Fogo de Chão. She was born and raised in Brazil, but moved to the United States in 1985, determined to achieve the American dream. Following a chance encounter with the founders of Fogo de Chão while in Dallas, Oliveira joined the company as the brand’s first female manager and, ultimately, executive. Oliveira is affectionately known as the Fogo matriarch; the wine was named in her honor for her unwavering affection, passion, and appreciation for every restaurant guest and team member.

Specially created for Fogo by the award-winning winemakers at Viña Vik, Eulila the wine is a blend of 48% Carmenere, 30% Cabernet Sauvignon, and 22% Syrah. Carmenere is a new varietal to me, its fruitiness balanced nicely by the Cabernet and the Syrah. Though full-bodied, Eulila is not particularly tannic and pairs well with Fogo's meat selections. 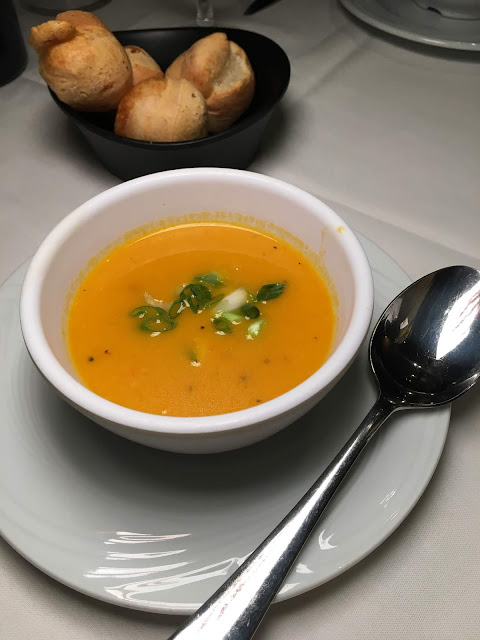 Now it was time to get to the food. The Minx and I started with Fogo's new Carrot & Ginger Soup. This light, vegetarian friendly, gluten-free soup is made with baby carrots and spicy ginger, blended together with fresh herbs and coconut milk. 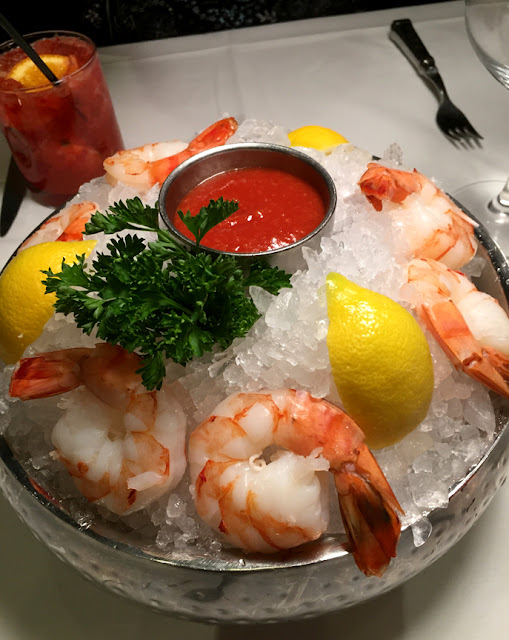 Although Fogo is known for its grilled meats, they also offer several seafood options. We decided to order one of our favorites - the Jumbo Shrimp Cocktail. Jumbo shrimp are served in a huge bowl of ice and paired with a malagueta cocktail sauce. In the background of the picture, you can also see ttheminx's go-to cocktail, the Strawberry Hibiscus Caipirinha. The hibiscus-infused cachaça is mixed with muddled strawberries and lime to create a refreshing warm weather drink. 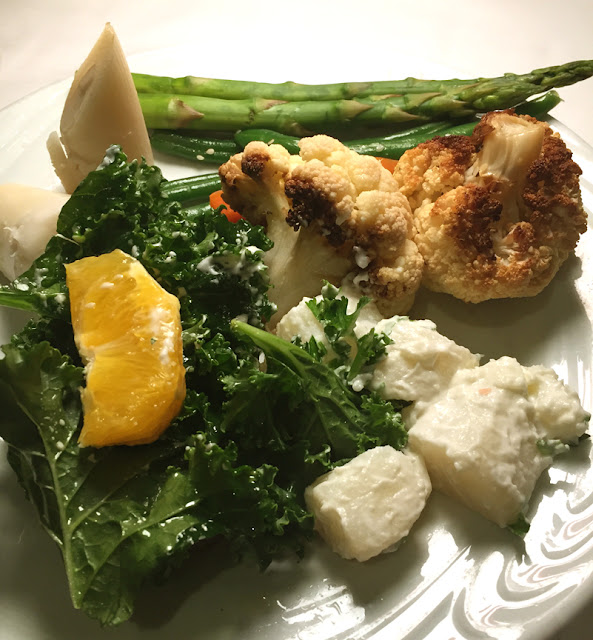 Before we started in with the meat, we visited the bar for our vegetables. The Roasted Cauliflower Salad is made of cauliflower that has been oven-roasted with olive oil, garlic, and black pepper, and finished off with scallions and sesame seeds. The Brazilian Kale & Orange Salad is composed of fresh kale, crunchy red onion, juicy oranges, and is topped with a citrus-honey vinaigrette. I also picked up some asparagus, green beans, hearts of palm, and potato salad, but the Market Table has so many more fruits and vegetables to choose from. 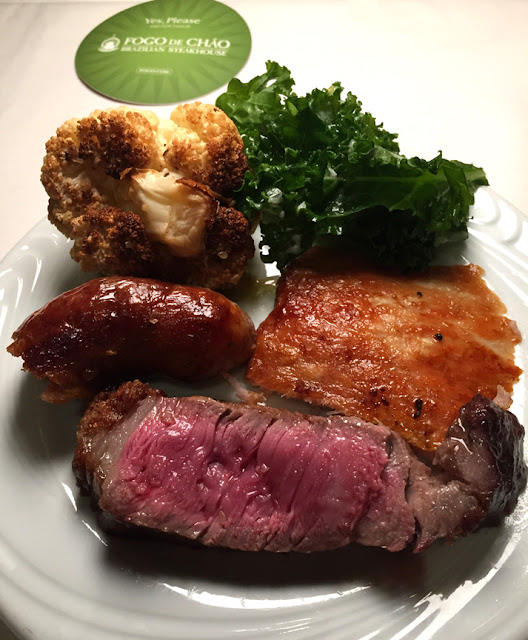 With the preliminaries out of the way, we were ready for the meat. We flipped over our cards from red to green, notifying the waiters that they could come over with their skewered of grilled goodness. The Pork Picanha is butchered and prepared with the same simple style as traditional Picanha, then carved right at the table. I was particularly impressed with the spicy Linguica Sausage, a pork sausage with red pepper, garlic,and fresh onion. I also had to partake of the beautifully cooked sirloin. All the meats were tender and juicy. (Also featured in the above photo is a beautifully pink chunk of rib eye.) 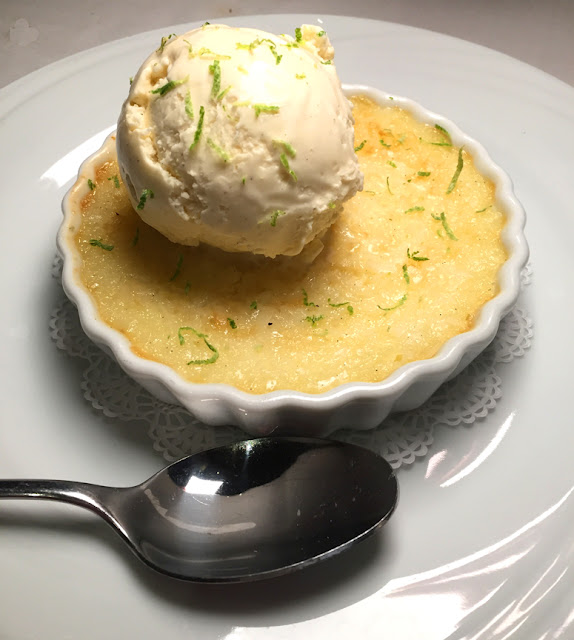 Fogo has also created a new dessert for Spring, the Crème de Coconut. Freshly-shredded coconut is combined with condensed milk and cream, baked in the oven, and then served warm with ice cream and a little lime zest. I'm usually not a fan of shredded coconut, but the incredible coconut flavor made me overlook the chewiness that I normally dislike. Also, the ice cream and lime zest provide a refreshing coolness to the dessert.

Fogo de Chao has always been a great place for meat-atarians, but they also have a lengthy menu of options for everyone's palate. If you have been debating about visiting Fogo de Chao, these new Spring items are worth checking out.