Spotlight On - The Brewer's Art

Not sure if anyone knows, but I've been writing a restaurant column for the City Walker App Blog. The purpose of the app itself is to give visitors a local's-eye-view of a city, so they are able to experience it in the same way residents do--on foot. (Not that anyone actually walks anywhere anymore.) The blog offers a bit more detail; I have endeavored to take users on a stroll through the city while pointing out restaurants along the way. In addition to the walking posts, I have been writing others that put certain favorite restaurants of mine in a spotlight. I thought I could share those here with you.
----------------------------------------------------
If you find yourself in the Midtown Baltimore neighborhood of Mount Vernon looking for a place to indulge in some serious food and even more serious beer, go to the Brewer’s Art. Named Esquire Magazine’s “Best Bar in America” for 2009, it also made the list of Draft Magazine’s 100 Best Bars in America 2015, and Gayot’s Top 10 Brewpubs in the US 2017. As far as I’m concerned, the place deserves every kudos. 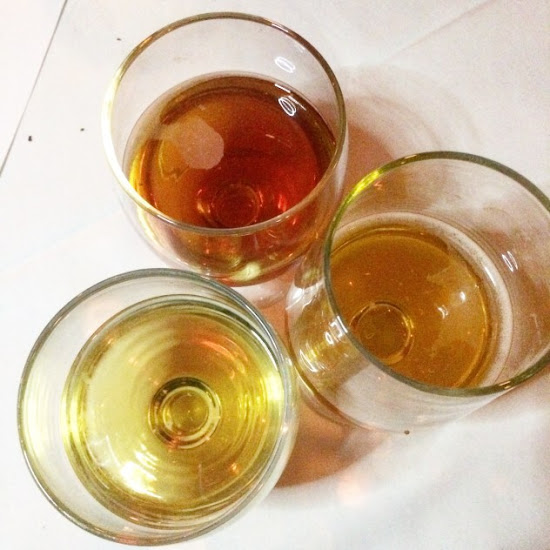 Brewer’s Art has 60 or so seasonal beers, many in the Belgian style. My personal favorite is the GPT, an intoxicating 9% ABV tripel spiced with green peppercorns that is available for a very short time in the winter. I’m also a fan of their regular year-round also-available-in-stores Resurrection (a full-bodied abbey brown ale) and Beazly (a golden “devil” ale). The latter was originally named Ozzy, after the Black Sabbath singer and MTV reality star, until a cease-and-desist letter from Mr Osbourne put an end to things--ten years after the brew was introduced. I guess it just took him a while to notice. (Note to our neighbors with the dog named Ozzy: you may be next.) And lest you think the Brewer’s Art is only a beer bar, I can reassure you that there are fancy house cocktails (and any classics you’d like) and a modest wine list as well. 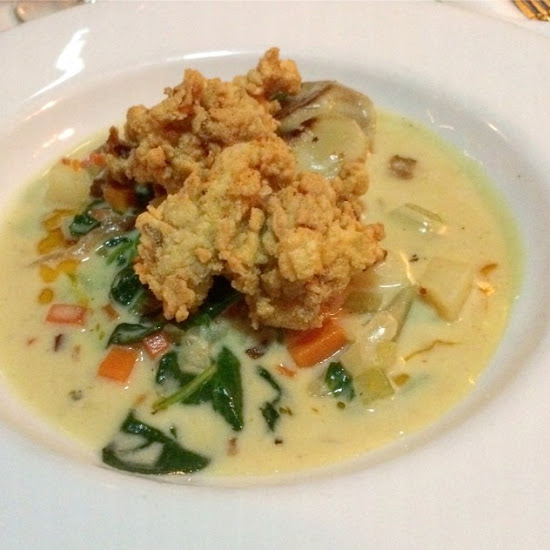 Situated in an elegant rowhouse mansion on a somewhat quiet block of North Charles Street, the Brewer’s Art also shows a fair bit of artistry in the kitchen portion of the establishment. The restaurant’s chef is Andrew Weinzirl, who worked previously at Maggie’s Farm (which he also co-owned), the Wine Market, Chameleon Cafe, and the Dogwood, all very well-regarded Baltimore-area restaurants with strong farm-to-table sensibilities. The menu at Brewer’s Art has, in the past, had strong European influences but Chef Weinzirl’s approach is a little more on the global side. One can still get a dish of pierogies or steak frites, but a recent menu also offered red lentil croquettes in a curry laksa broth that got rave reviews from foodies. Weinzirl has also incorporated beer into several menu items, including a soup of Beazly with celery root, chicken, and dill creme fraiche. He also uses Beazly to steam spicy sambal cockles and to brine the pasture-raised chicken available on the lunch and bar menu. Obviously a very versatile beer, that one. (I’d have no problems if it had been named after me.) Weinzirl has even used spent grain left over from the brewing process in a cornbread appetizer. As they say, waste not want not!

Among always-on-the-menu favorites are the rosemary garlic fries. For some reason, people have gotten it in their heads that they are cooked in duck fat, but that’s never been the case. Isn’t rosemary and garlic enough? They’re delish nonetheless, and come with a side of mayonnaise, in the Belgian style. The frites are available in both the dining room and in the bar, but that’s about all their menus have in common, at least at dinner time. If you have a hankering for a burger (the beef comes from local Roseda Farms) with cheddar, beer onions, horseradish pickles, and BA’s version of “animal sauce,” then you’ll have to eat it in the bar. That also goes for the cheesesteak sandwich. And it’s not just any old beef cheesesteak (this ain’t Philly)--it’s a lamb cheesesteak, topped with smoked provolone. And roasted mushrooms. And broccolini. When faced with a difficult decision such as this--eat in the dining room or eat in the bar--sometimes the deciding factor is the noise level. On a rollicking evening (pretty much every evening), the decibel level in the bar can be high. Those of us with more sensitive ears might prefer to eat in the dining room, which is a little more reasonable as far as noise is concerned.

No matter what you end up doing at the Brewer’s Art--spending some time at the bar tasting various of their fine beers or having a full-blown meal--it’s definitely a place worth stopping by, even if you’re not already in the neighborhood.