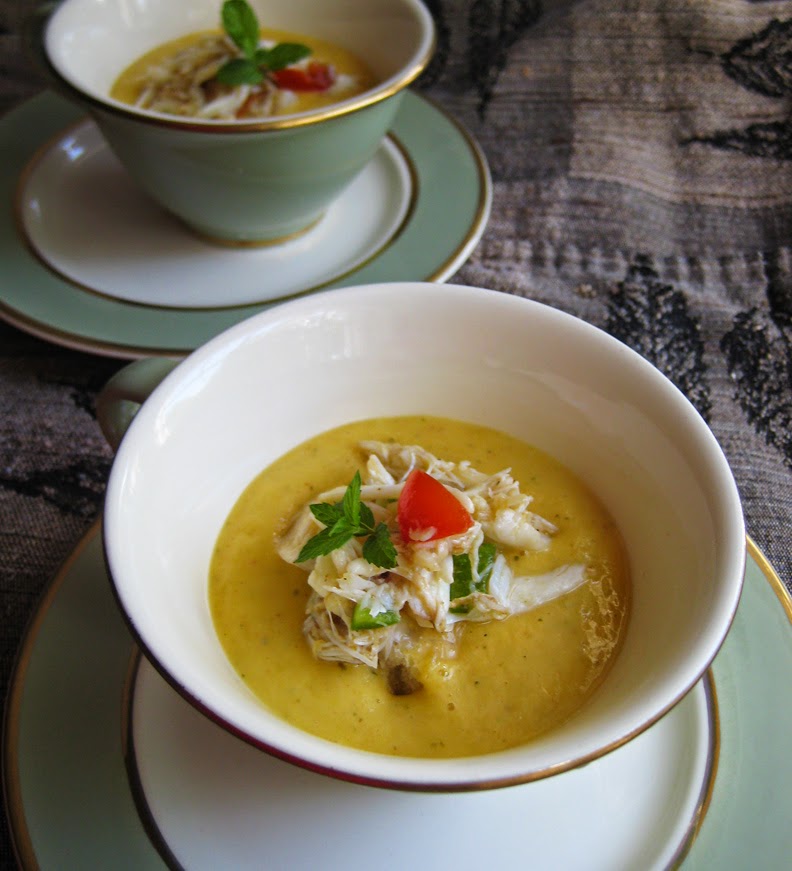 It has long been a tradition to have steamed crabs for Mr Minx's birthday. We usually get two dozen, which comfortably feeds four adults, but for some reason, we had a ton left over this year. We did our part, putting away a dozen between the two us (along with hush puppies and corn on the cob), but there were still several crabs left by the time we were done. These were meaty suckers, so once we picked the remaining critters, we had a whole pound of meat (.984 lb, to be exact) left over.

I can probably eat a pound of crabmeat served with nothing but a fork, but that's no fun, and maybe more than a bit piggy. I didn't want to only make crabcakes, especially since I feel I've done that recently. I thought back to a soup I made with avocados and garnished with crab salad and decided that would hit the spot. Only we didn't have any avocados. But we did have a big bag of nectarines and white peaches that I had purchased at the farmers' market earlier in the week. Rather than going to my old stand-by soup, gazpacho, I decided to let the nectarines speak for themselves. Blended with a bit of Greek yogurt and seasoned with savory spices, it went nicely with the rich, sweet, blue crab (the best crab!).

As for the salad, I went with a ceviche-style preparation, with citrus juices, jalapeno, and tomato. Mr Minx and I agreed that it was a restaurant-quality dish, and not really all that difficult to prepare. And made entirely from things we already had on hand in the pantry and fridge. 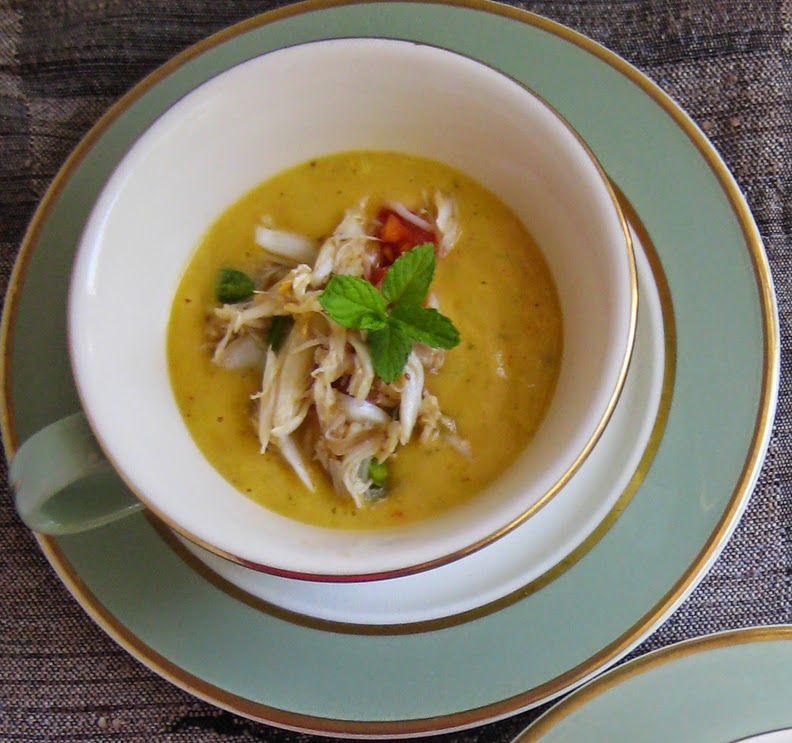 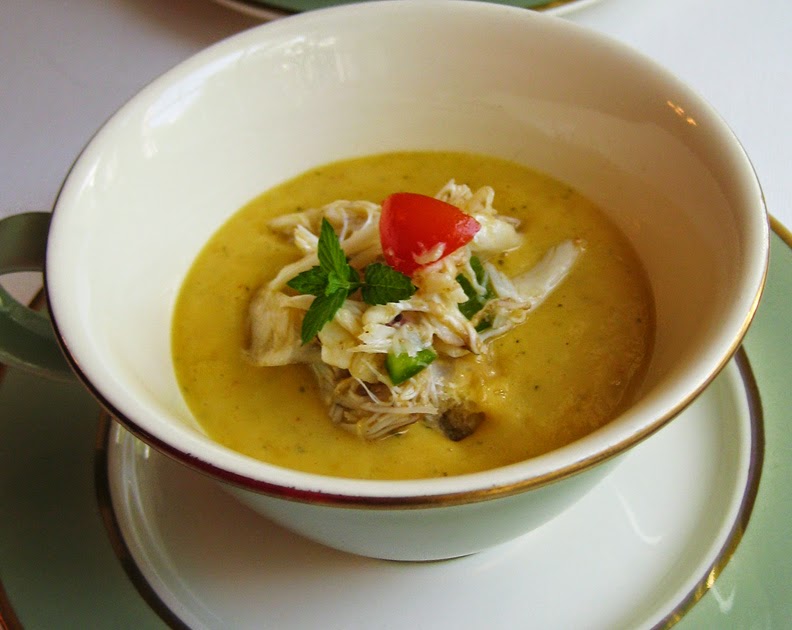 To make soup: Peel nectarines and cut into chunks, discarding pits. Place nectarine flesh into a blender or food processor with remaining ingredients except cayenne, salt, and agave syrup, and pulse to a puree. Season to taste with the last three ingredients. Refrigerate until ready to serve.

To make salad: Place vegetables in a medium bowl. In a small bowl, whisk together citrus juices, olive oil, and agave syrup. Pour over vegetables. Add crab meat and gently fold to coat with dressing. Refrigerate for at least an hour for flavors to meld and to tame the oniony-ness of the shallot.

To serve: Pour soup into bowls or cups. Top with a generous portion of crab salad. 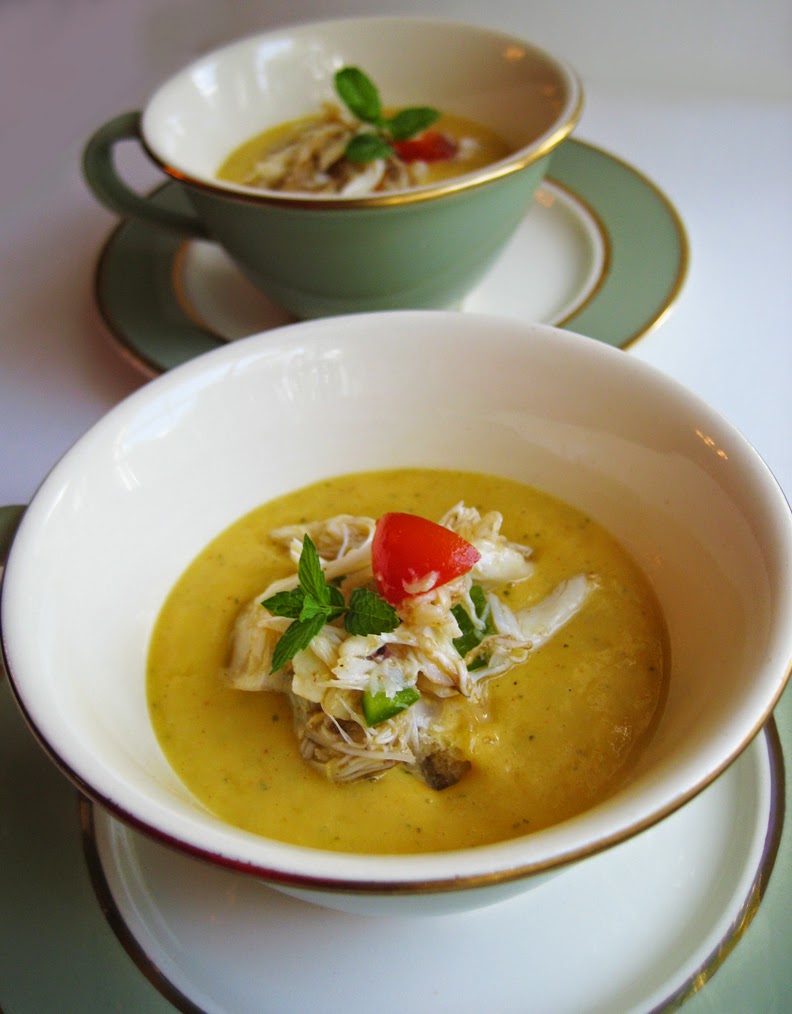