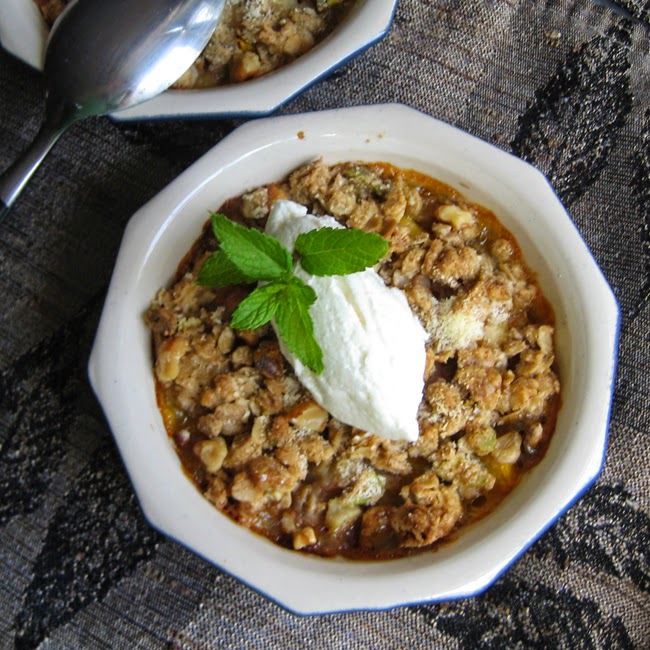 One evening after dining at Hunan Taste, we popped into H Mart (since it's in the same shopping center) and picked up a few odds and ends from the produce department. There was a big bin of lychees that was being swarmed by women who seemed to be digging around for particular fruits. I had no idea what they were looking for, but put ten or so lychees in my bag and left them to their digging.

Lychees are weird fruits. When I was a kid, they were occasionally served as dessert in Chinese restaurants. They came straight from a can, preserved in syrup. They were oddly eye-ball-like and had a strange fleshiness. I wasn't sold. Fresh ones are better. They're small and spiky, easy to peel, with a white fruit (and pit) inside. Still on the eyeball-ish side. I bought them green, which is apparently immature, although they were plenty sweet and juicy already. The texture of the fruit is similar to that of a grape, but more, I don't know...sinewy? Fibrous, I guess. The flavor is not far off from that of passion fruit and is very perfum-y. They're tasty, but I'm not big on the texture.

I had a mango left over from my Ananda chutney experiment and thought I'd make a fruit crisp with the mango and the lychee. Why not? It actually worked really well, especially with a scoop of ice cream on top. 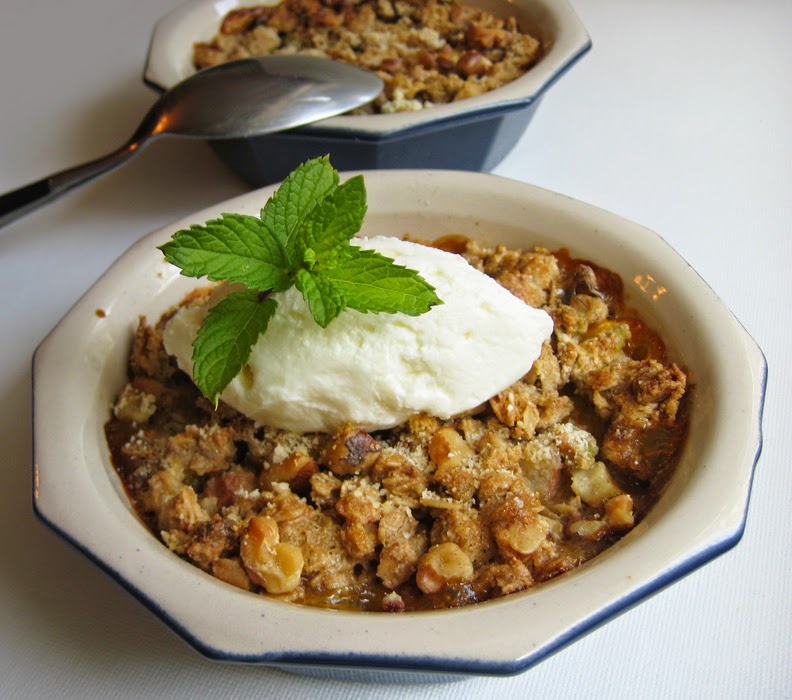 You might have noticed the "gluten-free" label in the title of this post. I'm not going all special-diet on you, believe me. I still like gluten and eat plenty of it. But I figured I could use oat flour along with the oatmeal and make a gluten-free crisp as tasty as one with wheat flour.

Because lychees are oddly fibrous, it's best to chop them fairly finely. They are also juicy as heck, so make sure you add those juices to the crumble. You can sop 'em up with some cornstarch so the resulting crisp is actually crisp and not soggy. 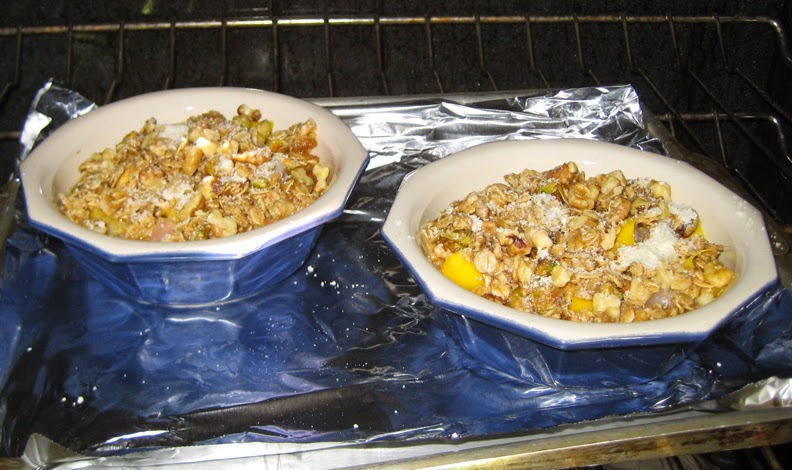 Peel and dice the mango. Peel, deseed, and chop the lychees finely. Toss the mango, lychee, and lychee juices with the sugar and cornstarch and divide the mixture between 4 half-cup or 2 one-cup oven-safe ramekins.

Combine the oatmeal, oat flour, nuts, brown sugar, and spices in a bowl. Pour over the melted butter and mix well. Sprinkle the oat mixture evenly over the mango/lychees.

Place ramekins on a baking sheet and bake for 30 minutes, until bubbly around the edges. Allow to cool a bit before eating. 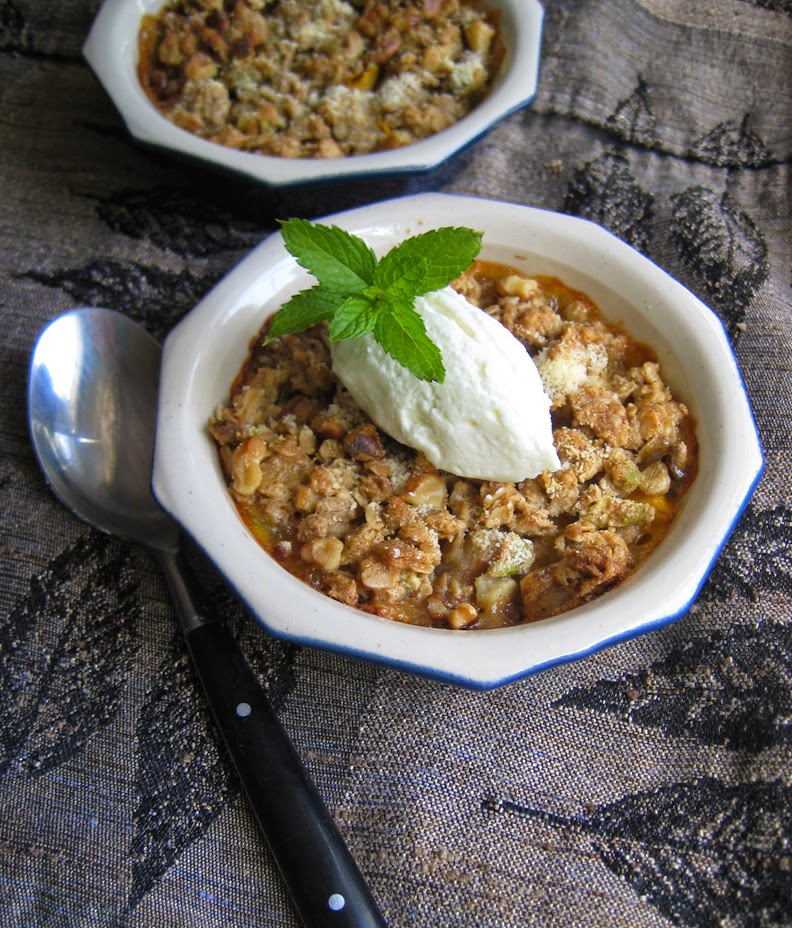