Frittering Away the Time 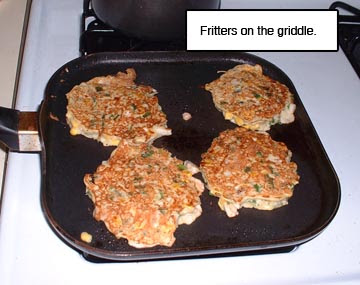 After making drunken noodles over the weekend, I had about 6 ounces of crabmeat left over. I had originally thought a crab salad would be a good idea, then realized it would not be enough for two people. Remembering a shrimp cocktail I once had in London that was an odd combination of shrimp, corn kernels, and a close relative of Thousand Island dressing, I thought that adding some corn to the crab salad might work to bulk it up. But then something in the recesses of my mind whispered "fritters" to me. More accurately, it said, "placki." Growing up in a Polish household, I ate a helluva lot of placki (pronounced "plotsky") in my day, mostly potato, but sometimes corn. 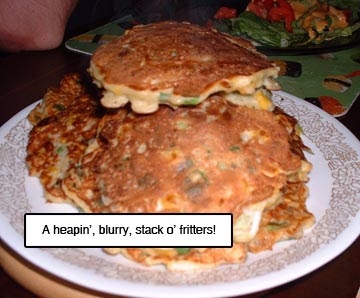 Once in a while Grandma felt adventurous and made asparagus placki, using that nasty metallic-tasting mush from a can. (That was the only asparagus I was familiar with, so at the time it wasn't so weird. And the placki were actually pretty good.) Why wouldn't corn and crab placki work? 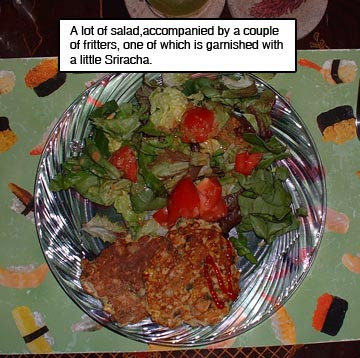