Every year we compile a list of what we felt were the best dishes of the year, both at home and in restaurants. These are completely subjective, of course - it's what tasted most delicious to our palates. First up: the best of restaurant dishes. They are in order of posting, starting, of course, with January. 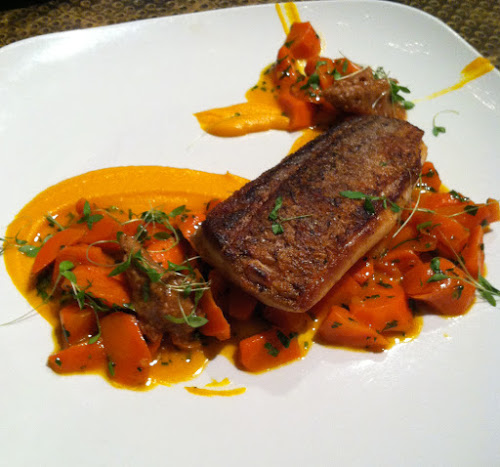 This rockfish dish at Waterfront Kitchen came with a plethora of carrots, and I couldn't have been more pleased. 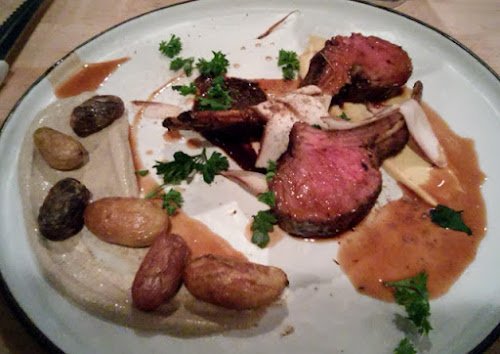 A dinner at the Food Market's Private Kitchen included these succulent lamb chops, which we were happy to eat with our fingers in order to get every morsel of meat from the bones. 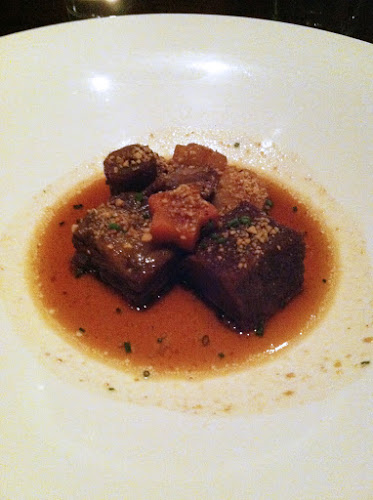 I indulged in a rather extravagant multi-course Korean meal at Gaonnuri in NY early last year. My favorite course was the kalbi, or short ribs, easily the best I've ever eaten. The bibimbap was pretty delicious, too. 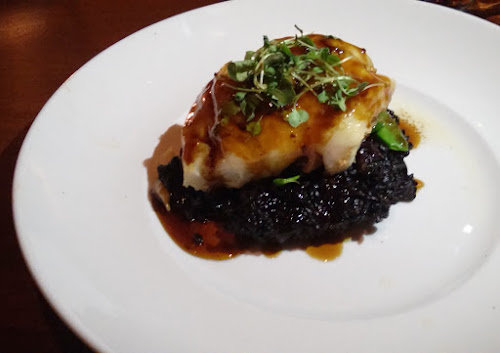 Mr Minx and I had a great meal at Seasons 52. We enjoyed every course, but I think the sea bass with black rice was my favorite. Honestly, it was hard to choose. 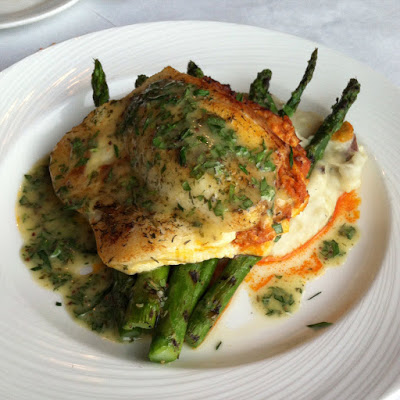 Another tasty sea bass dish was had at the Rusty Scupper during an introduction to their Spring menu. Mr Minx also had blue crab ravioli that hit the spot. 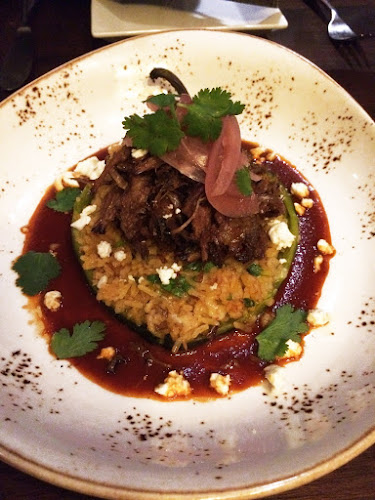 Lamb shoulder isn't the first thing one thinks about when one considers chiles rellenos, but Chef Mike Ransom's lamb-stuffed chile in an ancho bbq sauce was among the best dishes at a B & O American Brasserie dinner where everything was pretty wonderful. 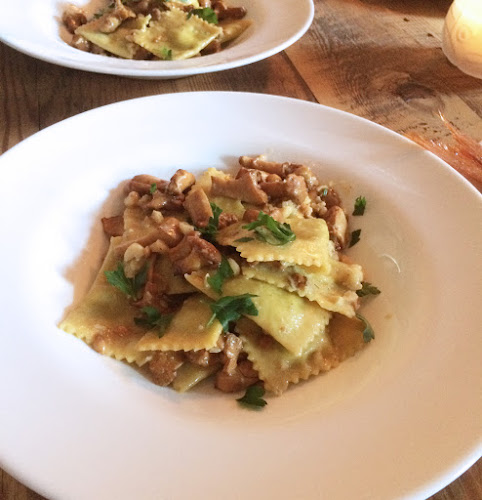 We went to a media preview of Gnocco in the spring, and honestly, there wasn't a bad dish in the house. The agnolotti with goat cheese, chanterelles, and hazelnuts was probably my favorite, though. 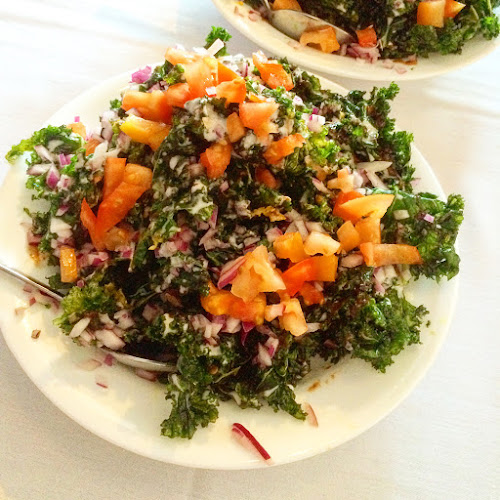 I'd never think I'd include a kale dish in a "best of" post, but here it is. The kale chaat from Sneha Indian Cuisine is an odd hodgepodge of crispy fried kale and a sweet tamarind yogurt sauce, and it was both unusual (not a classic "chaat" dish at all) and delicious. 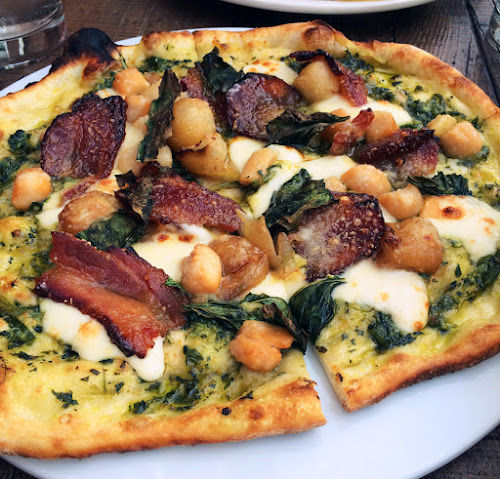 In September, Mr Minx wrote about the best pizza we had all year - the cape sante di pancetta at Cosima. Topped with smoked baby scallops, smoked mozzarella, basil, caramelized bacon, and tiny whole onions, the pizza was fabulously unusual and unusually fabulous. The whole meal was excellent, but we gotta go back for this pizza. 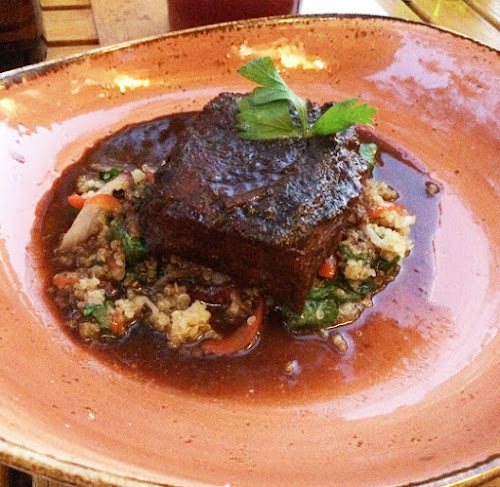 It's hard to pick our favorite dish at Points South Latin Kitchen. Everything was marvelous, including this slab of meltingly tender short rib braised in a sauce containing bittersweet chocolate. The pork belly chicharrones and the evening's duck special were also amazing. One of the top meals of 2016. 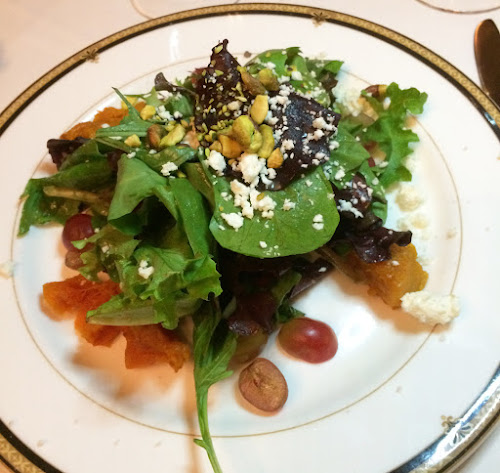 Is it weird to have a salad on the best of list? This one,.the Fall Harvest Salad at the newly remodeled Milton Inn had mixed greens, maple vinaigrette, roasted butternut squash, feta cheese, and pistachio nuts and totally hit all the right spots. 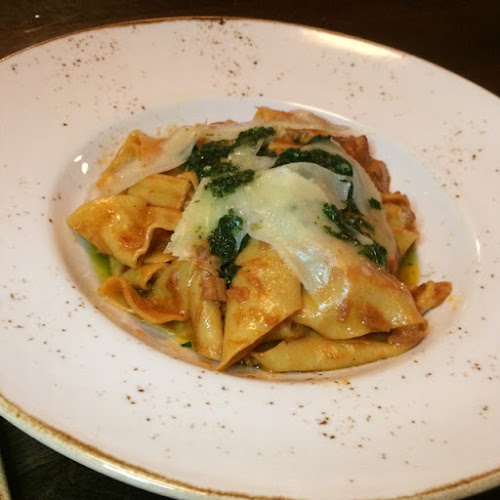 B&O American Brasserie has yet another new chef, this time it's Scott Hines, who had been their executive sous chef for a while prior to his promotion. We love Scott - he's a great chef and a good guy, and always willing to help us out with recipes. He contributed several to our latest book, Maryland's Chesapeake. He's come up with some delicious dishes for the B&O's dinner menu, among them is this house-made pappardelle with veal sugo and an unexpected orange and marjoram gremolata. Another dish we need to have more of before the season ends and it comes off the menu. His oxtail marmalade and lamb dishes are notable as well. 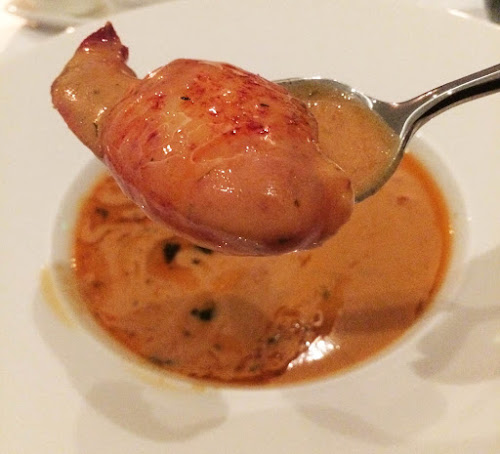 We were invited to Charles Levine's new restaurant at Quarry Lake, Citron, where we had a lovely meal. There were many high points, the highest of which may have been this lobster bisque. Redolent of shellfish broth and containing two butter-poached claws, it is last-meal-worthy.

That's it for 2016. Not a good year in many respects, but not bad at all when it comes to restaurant food. Still, we can hope that 2017 is even better!