Every year we compile a list of what we felt were the best dishes of the year, both at home and in restaurants. These are completely subjective, of course - it's what tasted most delicious to our palates. This week we feature the best of home cooking. They are in order of posting, starting, of course, with January. 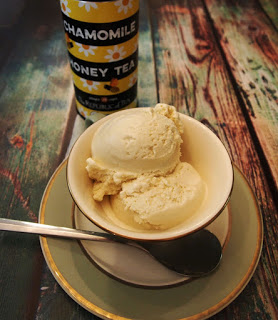 The Chamomile Honey Tea Gelato I concocted early in the year started me off with a decent amount (ok, a ton) of ice cream experimentation. There are some other flavors further down the list. 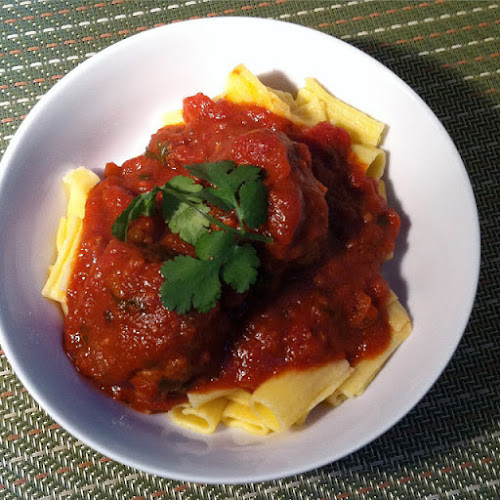 I went on a weird dairy- , wheat-, and sugar-free diet in March. Mr Minx made this corn pasta and meatballs dish to satisfy his own spaghetti and meatball craving, but it was easily the tastiest thing I ate while on the diet. Gluten free pasta can be surprisingly good! I put this one together with a few aging sweet potatoes that were begging to be eaten. I turned them into a harissa-spiced mash and served it with lamb meatballs and a yogurt sauce. The sweet and tart flavors plus a dose of herbs made for a well-rounded dish. 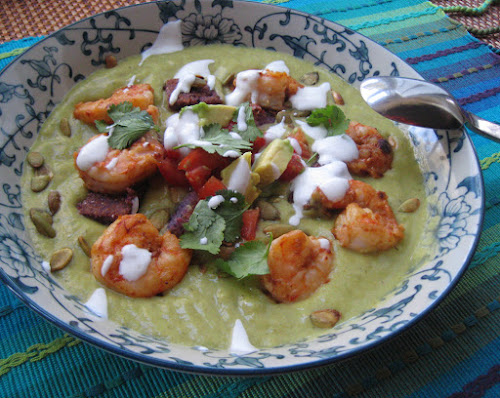 When it gets warm outside, I like to make chilled soups. Avocado makes a super silky puree, and works really well with sauteed shrimp and blue corn polenta croutons. 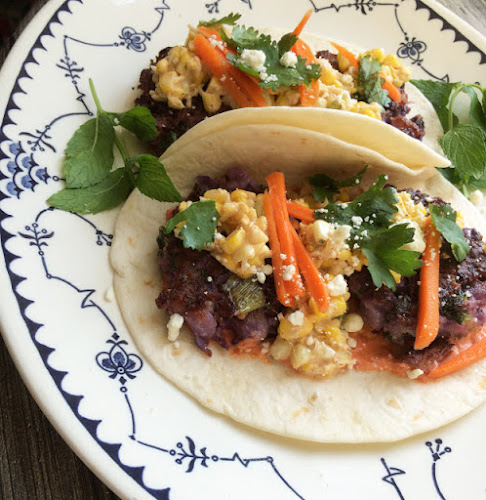 The purple cauliflower tacos I made last summer had a ton of fresh ingredients in them: cauli patties; Mexican street corn; pickled carrots; and a harissa yogurt. I knew they'd be tasty, but I was surprised at just how very yummy they were--and nobody missed the meat. Definitely a recipe to re-make in the future. 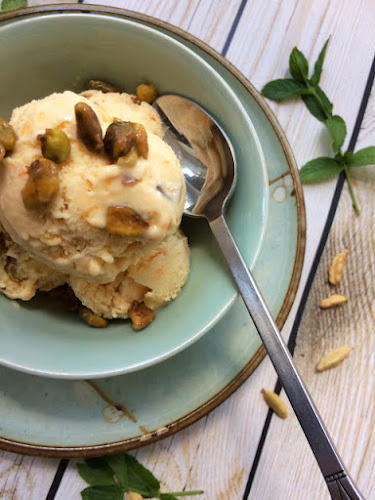 I had a lot of fun experimenting with maple syrup last year. The syrup came from Runamok, a company I discovered at the Fancy Food Show in NY. Their flavored syrups are quite unique, particularly the ones infused with Makrut Lime Leaf and with cardamom. I used the latter to flavor the pistachios in this ice cream made with fresh summer apricots. 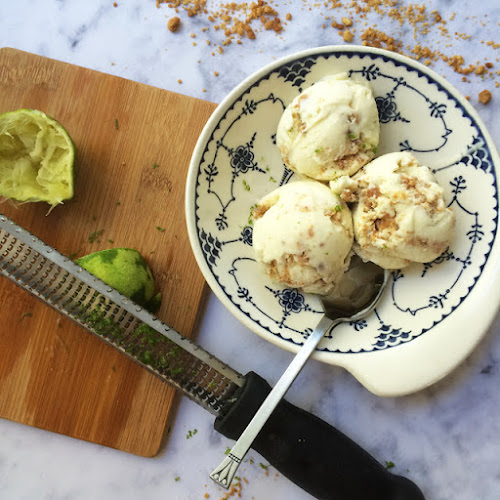 September brought me a new ice cream cookbook with a new technique that I was dying to try. I concocted a key lime pie ice cream that was rich and luscious and maybe even better than a slice of the pie itself. 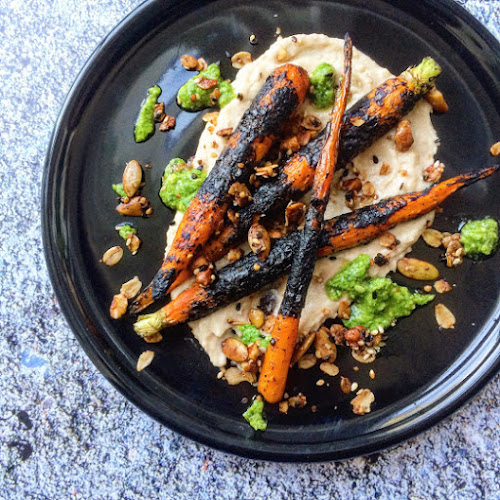 I'm a bit of a carrot freak, and I gotta say that these charred carrots with white bean black garlic aioli were pretty super. 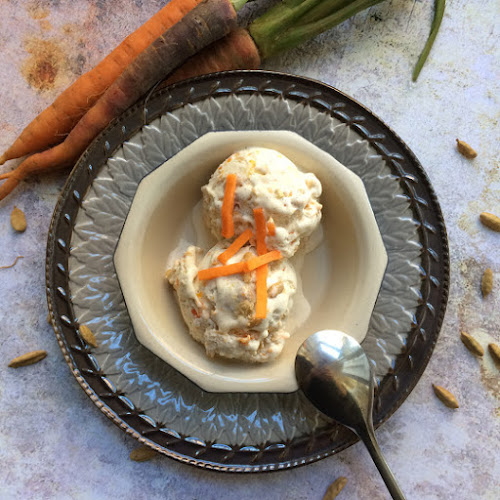 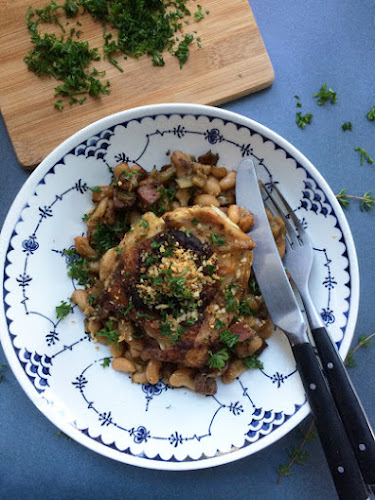 I like messing with cassoulet, making versions that have the required components--beans, sausage, poultry--but decidedly non-traditional flavor combinations. This one had a vague Caribbean vibe, thanks to the jerk seasoning used on the chicken and beans. 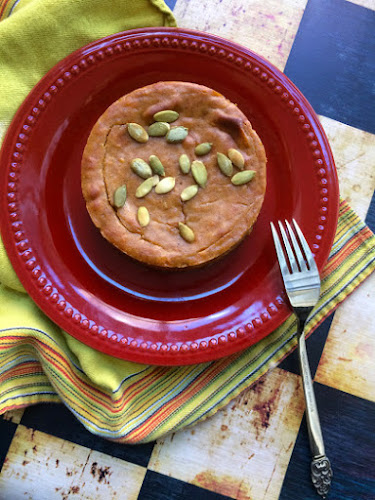 This pumpkin cheesecake was a bit of an accident. I wanted to create a recipe for Muuna cottage cheese, and I only had one small cup of the plain. Mini cheesecakes was the answer. They were fluffy and moist, not too cheesy, just the way I like my cheesecake to be.

There were other delish dishes here and there through the year--Mr Minx's meatloaf, the pork loin we at on Christmas day, some terrific sugar cookies--but those posts haven't been written yet. Maybe they'll end up on next year's list. Stay tuned!