When we went to Points South Latin Kitchen last winter for a media tasting, we didn't get any decent pictures to post. We've been looking for an opportunity to go back, order a large meal, and get plenty of nice photos, so we figured the Dining Out for Life event might be the best time to do it. Points South was donating 25% of that evening's receipts to Moveable Feast, a charity that delivers meals to people living with AIDS/HIV, cancer, or other life-threatening illnesses. We brought along Minxbro and Minxdad to help us drive up the bill as high as possible for a good cause.

Since the weather was mild, we took an outside table and enjoyed the hustle bustle on Thames Street while we shared a pitcher of red sangria. Since so many of the small plate items sounded intriguing, we decided to try five, the first being the shrimp ceviche. Bright and refreshing, the shrimp were dressed with salad spread across a bed of avocado. 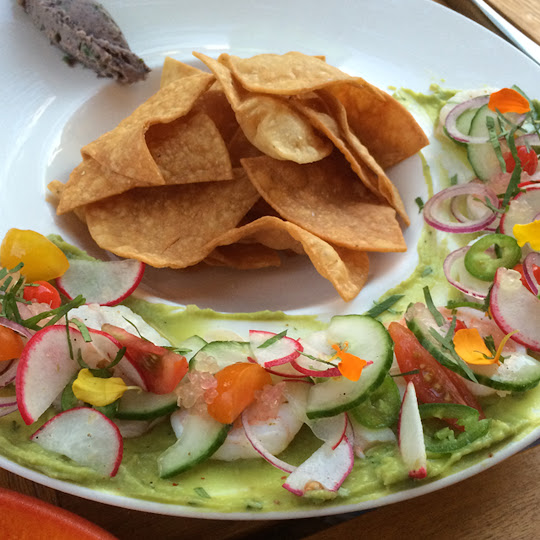 We had eaten the carimanolas, or yucca croquettes, at the media tasting and wanted to have them again. Lightly crisp on the outside and creamy smooth on the inside, the croquettes have the added bonus of a beef filling. It's almost like a mini shepherd's pie with the yucca standing in for potatoes, but yucca has its own flavor and texture. An avocado crema is provided for dipping, adding a nice touch of tang and richness. 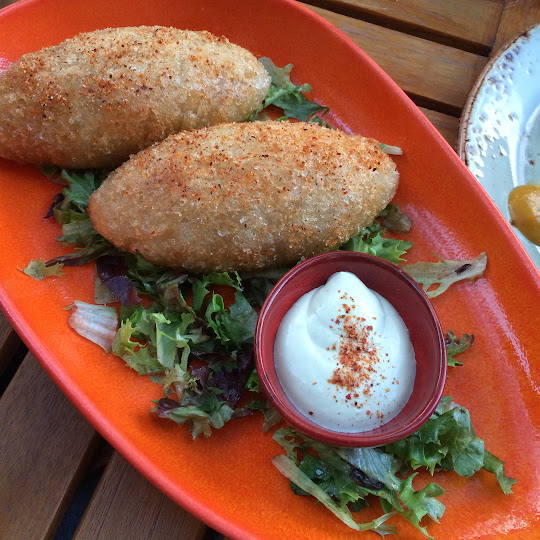 Since we tend to order calamari everywhere we go, we thought we'd shake things up a bit and get the grilled octopus. The octopus was amazingly tender and the accompaniment of romesco, olives, and chili-dusted jicama made for a pleasant salad dressed in smoky achiote oil. 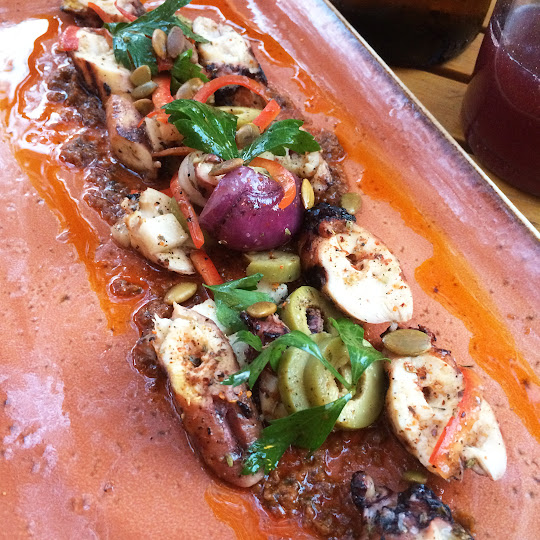 The pork belly had a crackling crust on the fat layer and unctuously tender meat, exactly the way pork belly should be served. In this case, I don't recall having any pork belly that was quite this good. 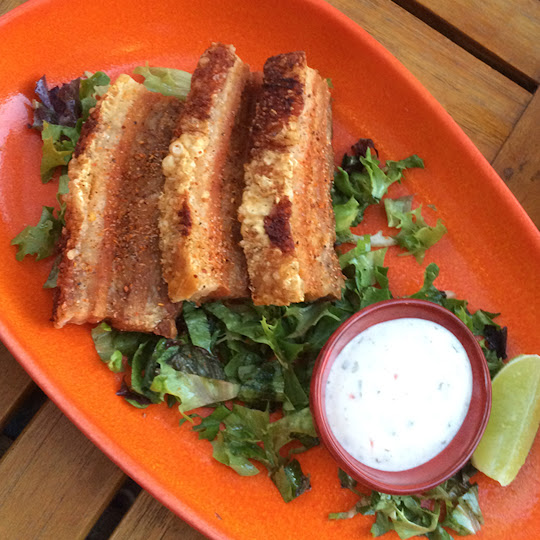 Minxdad has long insisted that he does not like lamb, but since the rest of us do, we decided to order the Denver lamb ribs while he was distracted with people watching. Smothered in a honey chipotle barbeque sauce and complimented with garlic chips, scallions, and creamy mojo, Minxdad gobbled down every bite of his rib and declared that he would've eaten the bone if he could. Only then did we reveal to him the true nature of the protein. He offered a sheepish shrug. 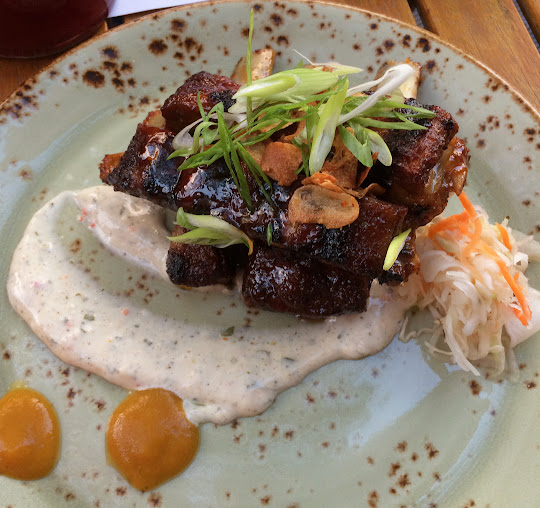 Duck confit was the special that day and, given how much we all love duck, we ordered it. The confit leg was meltingly soft, with a crisp skin, exactly as it should be. It was accompanied by a bit of medium rare duck breast, which was also tender and flavorful.The creamy potatoes and roasted root vegetables and squash made for a filling entree that hinted of the coming fall season. 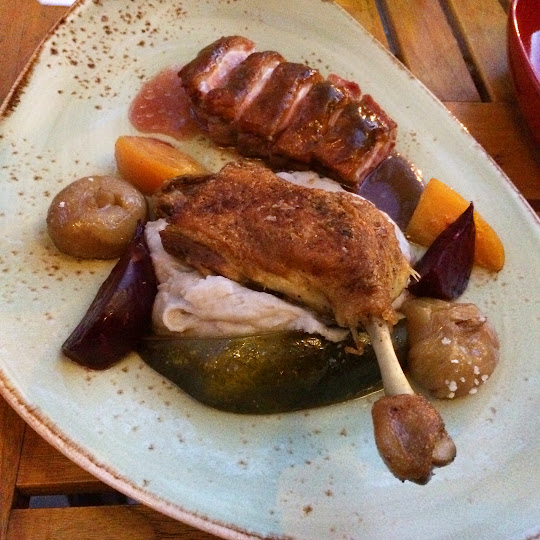 We finished with the beef short ribs braised in bittersweet chocolate sauce. Fork tender and infused with the spicy chocolate flavor, the ribs were my favorite dish of the evening. I could've devoured the whole dish on my own, but I'm sure I would've had a fight on my hands had I tried. 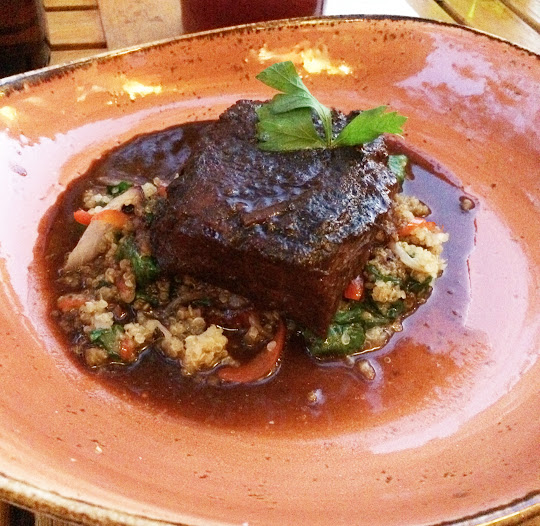 As the late summer sun disappeared behind the buildings, we felt quite full and satisfied. Not only did we have a great meal, but we were supporting a great cause. We have to make sure we don't wait another nine months to return.