I'm a big fan of Hampden's The Food Market. Chef Chad Gauss' food is inventive, and many of the options are of the small plates variety. I find that in so many restaurants I am more attracted to the appetizers than to the entrees, so this is right up my culinary alley. When we heard Chef Gauss was opening up a Mexican-influenced eatery called La Food Marketa in the culinary wasteland known as Baltimore County, we got excited. And even more excited when we were invited to a media dinner to sample a nice portion of executive chef John Bedingfield's menu.

We started off with adult beverages. There's wine and beer, specialty cocktails, fancy margaritas, and several versions on a sangria theme. I went for the grapefruit sangria (sparkling wine, grapefruit, honey dew, watermelon) while Mr Minx opted for the Spanish sangria (tempranillo, orange juice, pineapple, orange, pear), both of which made us happy. 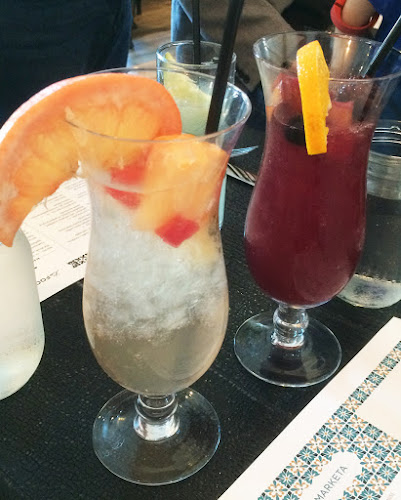 We then received a parade of small plates from the "chiquita" and "pequeno" sections of the menu. 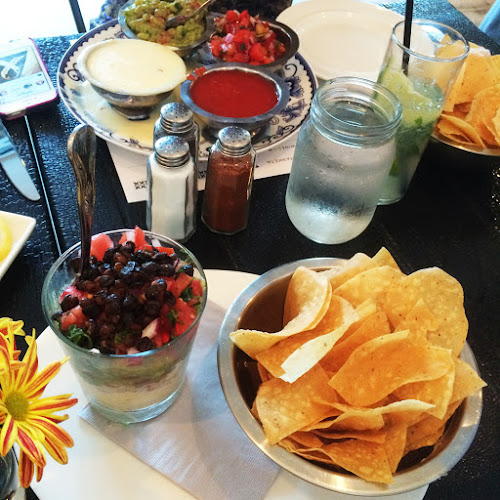 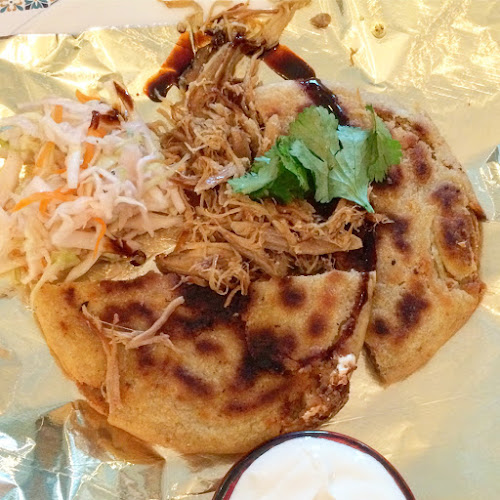 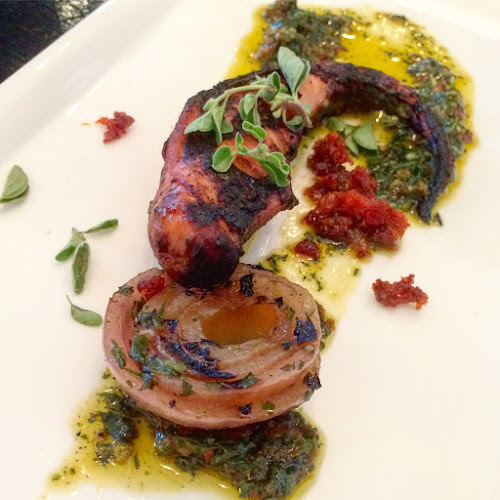 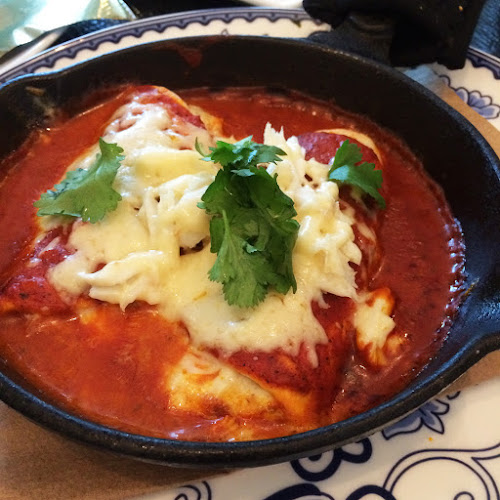 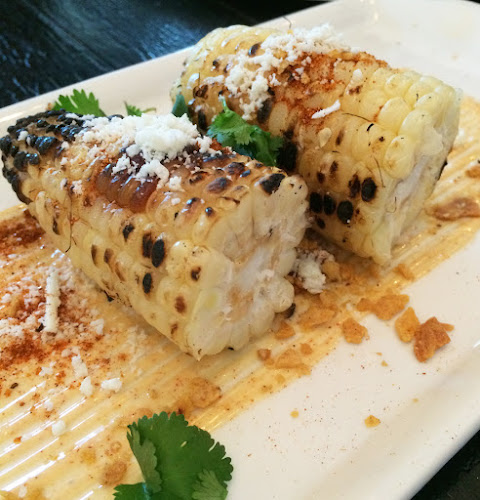 ...and Street Corn (cotijo cheese, taco spice, tortilla, chili lime mayo). We enjoyed them all. The fish taco dip was a riff on a fish taco, of course, but also of that pot luck favorite, Seven Layer Dip. I wished we were sitting closer to the bowl of queso, but maybe distance was a good thing, otherwise I'd have eaten it all with the thin and crispy tortilla chips. Loved the charred flavor of the octopus, and that the pupusa was filled with a bounty of shredded duck. I didn't find the burrito to be particularly crabby, but all that soft tortilla and cheese action was beguiling. 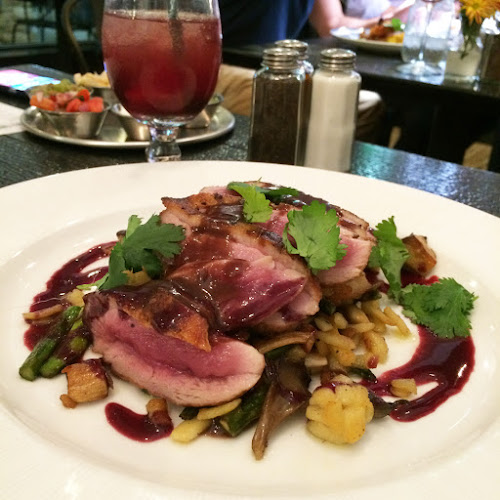 We could have filled up on apps, but we got entrees, too. Mr Minx chose the duck breast with roasted mushrooms, asparagus, yucca spaetzle, and acai demi. He raved about the spaetzle, but the duck was a bit on the too rare side. Still, a very tasty combination of flavors on that plate. 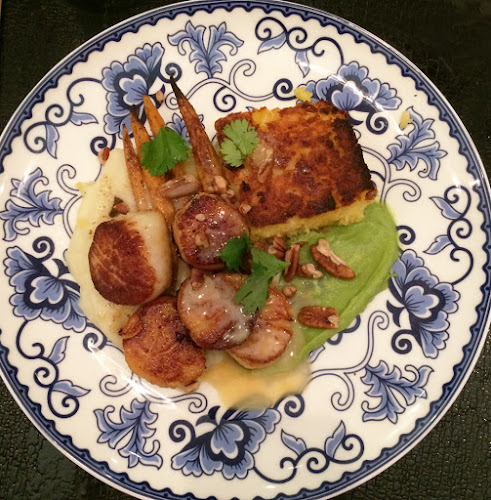 I had the scallops, which were accompanied by cumin-basted carrots, avocado, pecans, "smooth potatoes" and something akin to cornbread that the menu called "sweet corn tamalitos." While I felt the potatoes and cornbread were one starch too many, I couldn't fault the sweet and tender scallops. The carrots made me happy as well. And avocado. And pecans. Yum.

Then there was dessert - chocolate tres leches cake, a pina colada bread pudding, sorbetto with torched marshmallow, and something called a "crazy banana milkshake" that involved cornflakes and pop corn. We had eaten so much other stuff we couldn't afford more than a token bite of the sweet stuff. I did sneak several tastes of the blood orange sorbetto though, and enjoyed it very much.

La Food Marketa has only been open for a month or so, but from our first visit, we can see it's definitely headed in the right direction. Here's to many happy future excursions to a fine new addition to Baltimore County's small collection of locally-owned, non-chain, restaurants.