Sometimes a good restaurant meal inspires good home-cooking. Perhaps not replicating the entire meal, but just one course. Or borrowing the flavors from the appetizer or dessert to create a completely different dish, as in these crisp turnovers filled with a combination of pears and figs and jazzed up with bourbon caramel sauce. 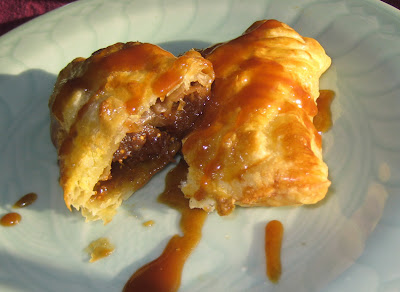 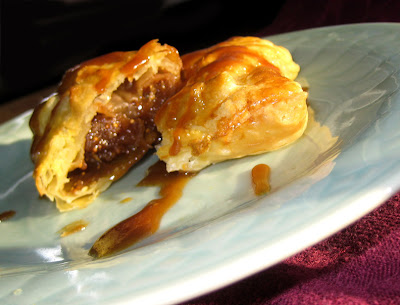