We start off every year with a recount of some of the very best things we ate in the prior year. So let's begin 2016 (2016!) with a look back at some of our favorite restaurant dishes from last year. 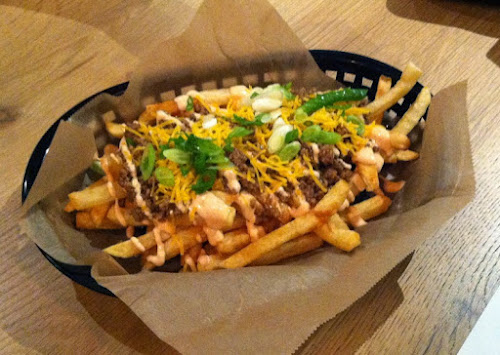 I tried several varieties of fries at the Local Fry last February and enjoyed them all. I think my favorite, however, was the house version, the "Local Fry," topped with taco beef and spicy sauce. 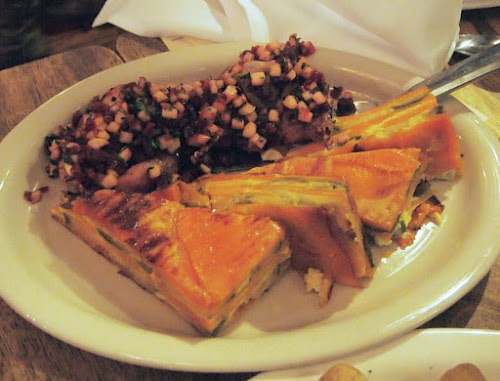 It's hard to pick just one dish from the Oy Bay! dinner at Clementine to designate as our favorite. Everything was stellar that night, from the pickled oyster salad to the oyster stuffing-filled quail with squash and brussels sprout gratin, to the carpetbagger steak from Roseda Beef. (The quail is pictured above.)

No pic, but the slice of coconut cake I received at the Peppermill after our waitress accidentally dumped my destined-for-a-doggy-bag shad on the floor, was amazeballs. 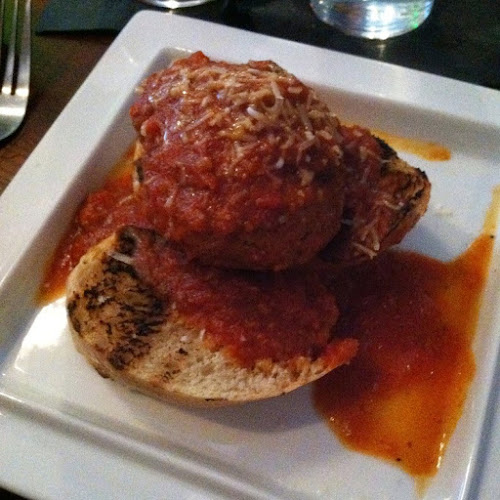 A giant meatball at Pane et Vino, in Little Italy, was up there on the list of Best Meatballs I Have Ever Put in My Mouth (yes, there have been many). I was also pretty turned on by the steak and stracchino piadine, a quesadilla-like sandwich. 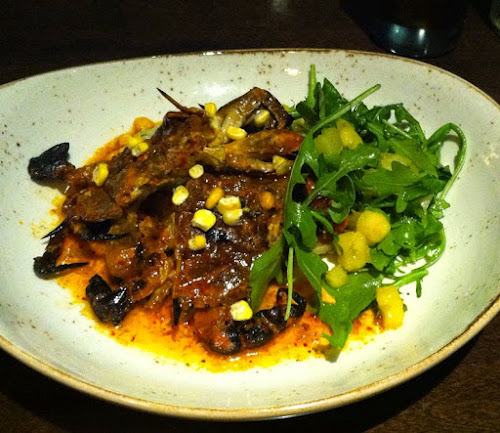 What wasn't terrific on B&O Brasserie's Spring 2015 menu? Not a whole lot. Loved the octopus tacos served with shells made from raw jicama, the juicy soft shell crabs (pictured), the flounder, oh, just everything! Decadently rich and sweet, the corn creme brulée at New York's Quality Meats was meant to be a side dish, but served very well as dessert, too. 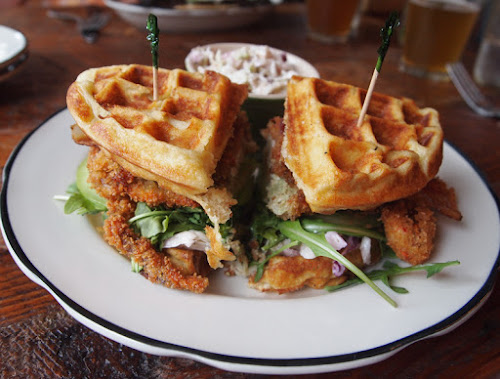 Jokers 'n' Thieves, Jesse Sandlin's new joint in Canton, delivered some edible happiness last summer, particularly in the form of a soft shell crab and waffle sandwich. The brisket and creamy Carolina Gold rice was a winner too. 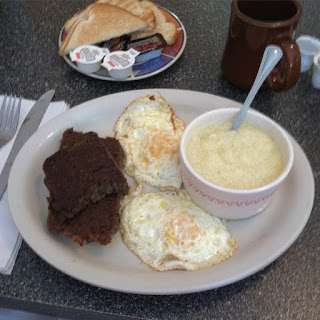 The best breakfast of 2015 came from a tiny cafe in Charles County. Pancakes Plus served up these lovely eggs, plus grits, scrapple, toast, and surprisingly delicious coffee for about $6. 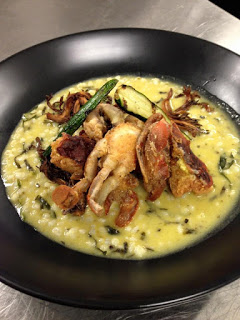 2015 was a great year for soft shell crabs. 13.5% Wine + Food's Cyrus Keefer served plump softies served with a corn congee that rank among my top five ever. 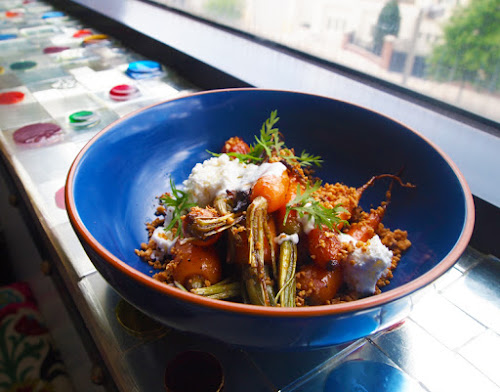 The beautiful carrots with harissa honey, goat's cheese, and hazelnuts at Robin Haas's new mostly-veg restaurant, Encantada, tasted as good as they looked. 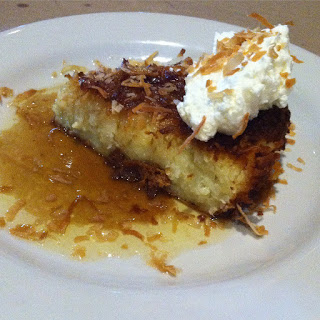 This coconut pie from Bonefish Grill was all kinds of deliciousness. 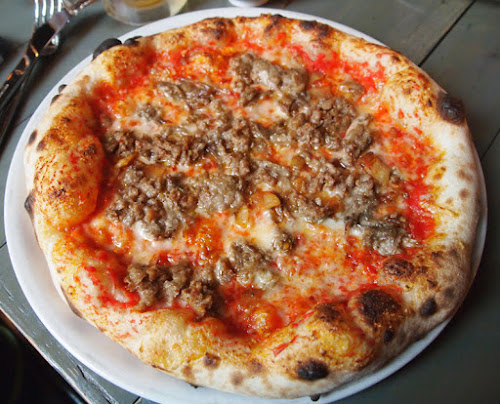 We ate at Hersh's twice last year, and both times were blown away by the fabulous pizza. Pictured is the Tre Porcellini, a feast of porcine products atop a perfect thin crust. Mr Minx has found his pizza holy grail; a shame it's not closer to Towson. 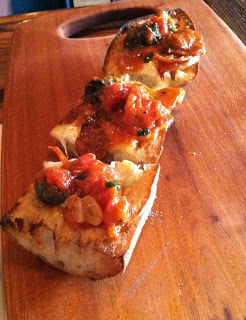 We went back to 13.5% Wine + Food in August for a media dinner. There were so many tasty things, but my favorite were the pizzas, especially the French bread-style pizza topped with snails. I am a sucker for snails. 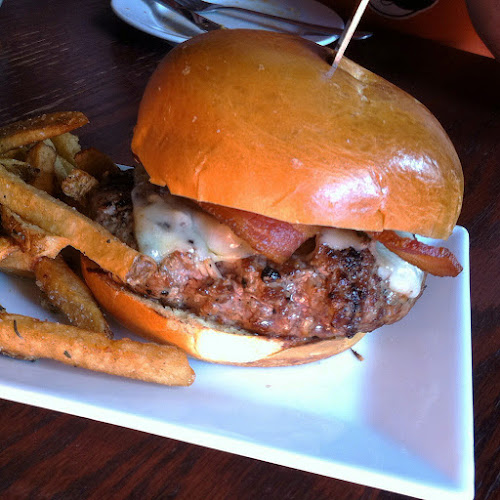 Best burger of the year award goes to Alewife. Chad Wells' Smoke Burger is a real thing of beauty. Chad's mac and cheese is pretty amazing, too, especially when used as a stuffing for eggrolls, or as a topping for duck fat fries. I also had the best crab cake of the year at Alewife, and more than my fair share of fine craft beers. 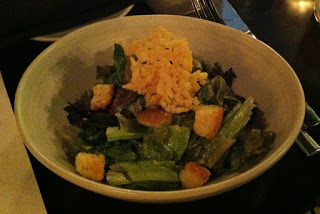 We had a fine meal at Bookmakers Cocktail Club, including what I felt was the platonic ideal of a Caesar salad. The brussels sprouts with candied bacon were also quite delicious, and Mr Minx couldn't stop eating his pappardelle with lamb shoulder ragu. I also discovered my favorite new cocktail there - the Federale, made with tequila and Becherovka. 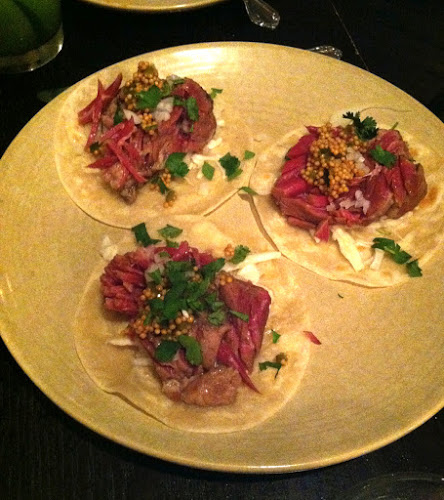 We had some nice tacos at Empellon Taqueria in NY, particularly those stuffed with pastrami. The Brussels sprouts tacos were delish as well. 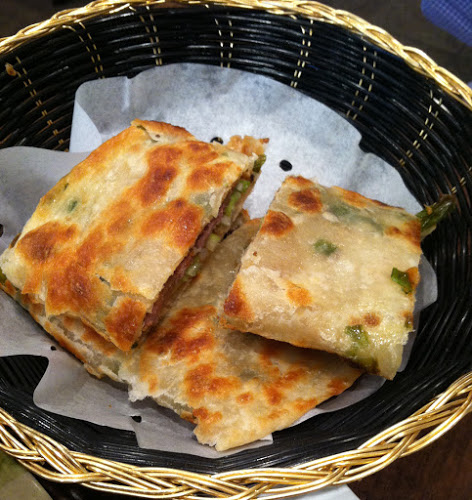 Everything at  Kung Fu Little Steamed Buns Ramen, also in NY, was well-done, from the duck-stuffed buns to the soup dumplings. But my favorite was the flaky scallion pancakes filled with sweet and savory slices of beef. 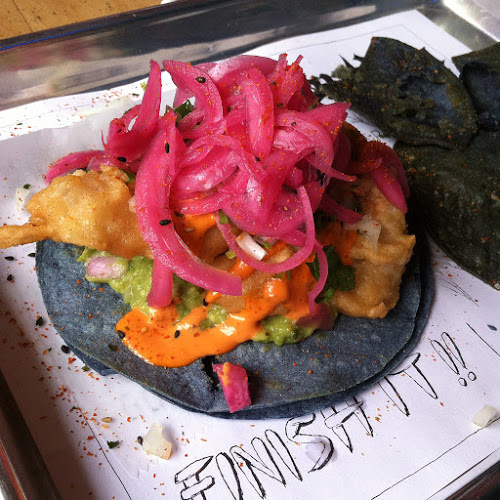 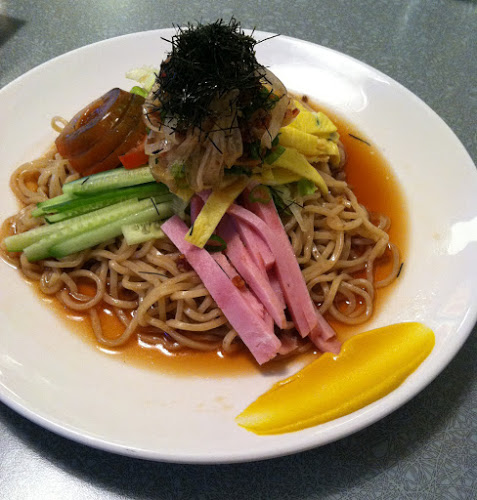 We ate a lot of ramen this year, partly because it's increasingly available, partly because we were writing about it. This cold ramen dish served at Ivan Ramen on the Lower East Side, called hiyashi chuka, was a little soup, a little chef's salad, a lot delish.

We celebrated Ejji Ramen's 1-year anniversary with some Kobe beef. The real stuff, from Japan. It was served very rare, basically just seared. and was so tender as to melt in the mouth.

At a charity dinner on #GivingTuesday, we had various Thai-style dishes created by Zack Mills of Wit & Wisdom, Cyrus Keefer (formerly of 13.5% Wine Bar + Food, now at the Baltimore Country Club) and Dooby's Tim Dyson. While everything was delish, my favorite was Cyrus' take on pad Thai, using tender squid as the noodle component, with a delightfully fatty sausage link on the side. It didn't taste like pad Thai, but the flavors were boldly delicious.

Also in December was a visit to the Corner Charcuterie Bar, in Hampden. 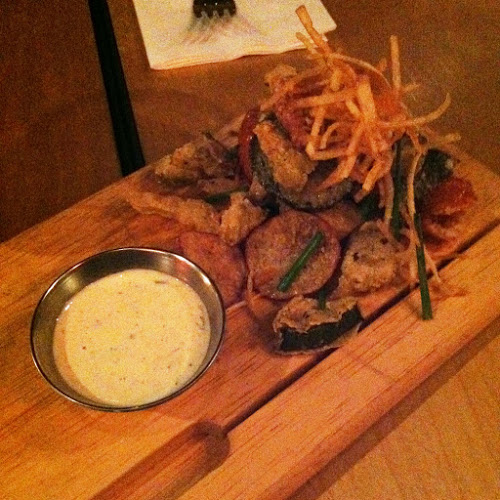 We tried several unusual dishes--an octopus "burger," ostrich tartare--but I really fell in love with the fried house-made pickles. A melange of different veg, like radishes and cucumbers, each with its own different pickle flavor, all lightly coated in a crisp batter and served with a ranch dip. A perfect bar snack.