We start off every year with a recount of some of the very best things we ate in the prior year. I had a slightly difficult time determining the best restaurant dishes from 2015, but home-cooking was off the charts, particularly in the first half of the year. Let's reminisce, shall we? 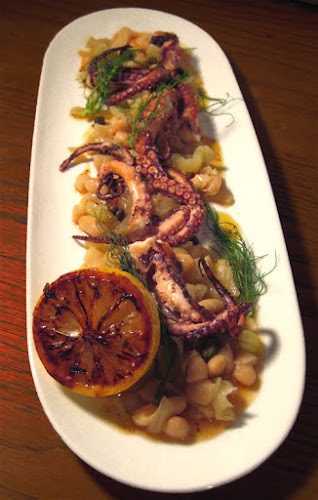 We started off the year adventurously by cooking octopus and serving it with cannelini beans and a smoked paprika vinaigrette. It was easy and delicious. I just wish I could buy larger octopi in a standard supermarket. 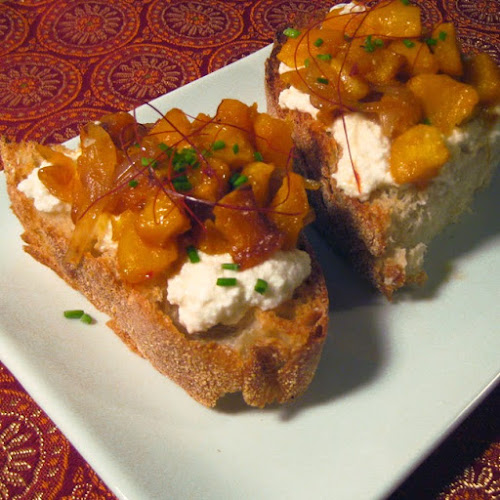 We had tried the always-on-the-menu butternut squash toasts at Cunningham's, and I wanted to replicate it at home. It was simple enough - the recipe is actually from Jean-Georges Vongerichten, and is found in several places on teh Innernets. I think my homemade toasts were at least as good as the restaurant's, maybe even better, because I got to use up a winter squash that had been hanging around for a little too long and was serving more as a table ornament than a food product. 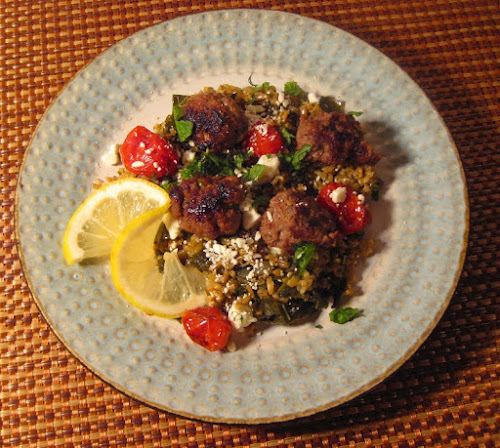 We had never tried freekeh (a roasted green wheat product) before, but we had some in the cupboard, waiting for the right recipe. It showed itself in the form of a rice pilaf flavored with grape leaves, sorta like a deconstructed dolma; I replaced the rice with the freekeh and was quite happy with the results. Lamb meatballs and oven roasted tomatoes completed the dish, which was hearty and satisfying. 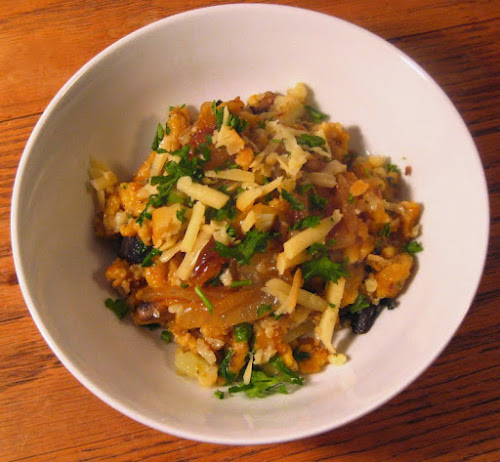 In February, I also made spaetzle for the first time, flavored with sweet potato. A potato ricer was employed to make the pasta, as was a colander, strainer, sheet pan, large bowl, and several pots and pans. After browning the spaetzle, I topped it with sauteed onions, snails, cauliflower, mushrooms, and a ton of fresh parsley. The dish exceeded my expectations, and I remarked on Facebook that this had been an ambitious undertaking. Someone commented that it wasn't so ambitious; German housewives made spaetzle all the time. Thanks for attempting to rain on my parade, smug little fuck, but I'm not German, had never made these before, and it felt like I had cooked all day to get this relatively simple-seeming dish on the table. Worth it, though. It was, as you kids today like to say, awesome. 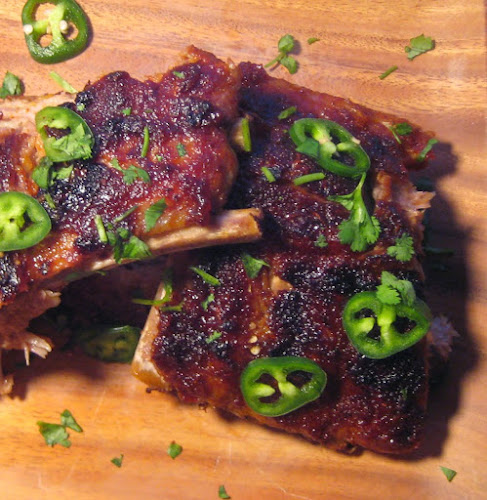 We make ribs fairly often - they're actually pretty simple, if you use Alton Brown's technique. I usually flavor them differently each time; this Korean version from February was the tastiest ever. 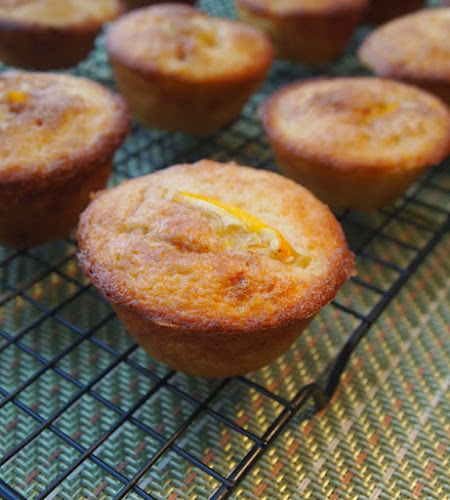 I really loved these muffins made with whole Meyer lemons, rind and all. They were moist and lemony, and smelled really beautiful. They froze well, too. 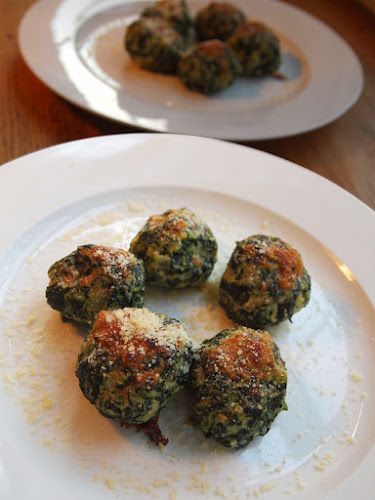 Gnocchi can be made from potatoes or from ricotta cheese. These delicious gluten-free babies are made mostly from spinach, with a little ricotta and oat flour to keep them together. 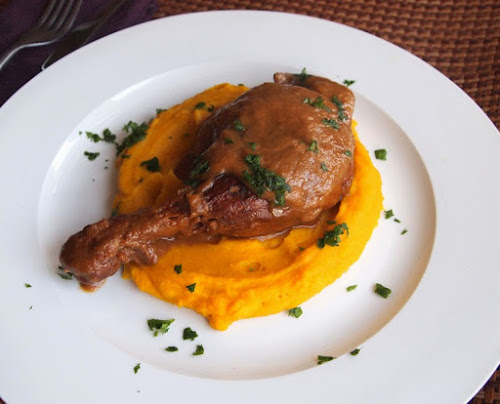 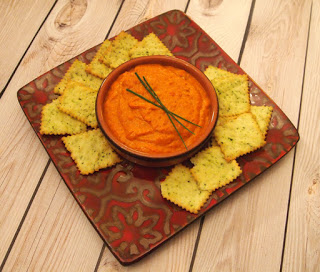 Muhammara is a dip made with walnuts and bell peppers. Trader Joe's makes a version, but you can make it at home easily enough. 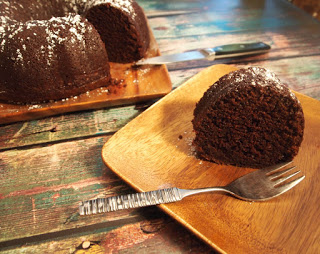 Mr Minx usually gets chocolate cake for his birthday. This year, I added about twice as much sour cream as normally called for to get a cake that was truly moist and needed no frosting. 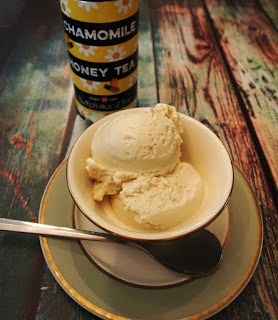 I fell in love with chamomile ice cream at the Fancy Food Show last summer, so when Republic of Tea sent a sample can of  honey chamomile tea, I had to make gelato with it. Seems odd, sure, but it was fan-freaking-tastic. 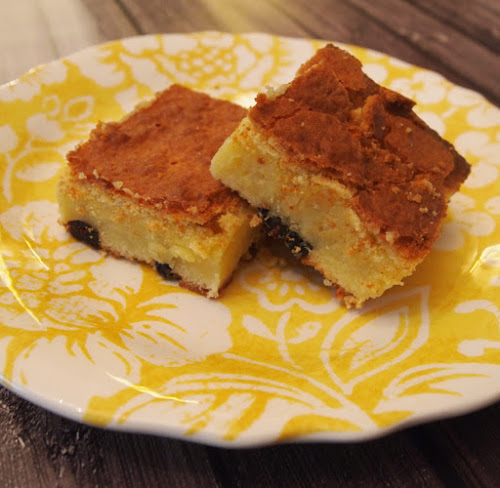 Made by swapping out semi-sweet chips for white chocolate ones, these white brownies are better than any standard blondie. 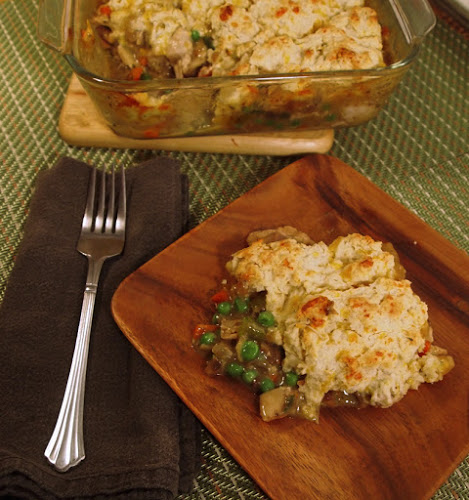 I wasn't quite sure how a chicken pot pie flavored with jerk spices was going to turn out, but it was a big success, from biscuit to gravy. 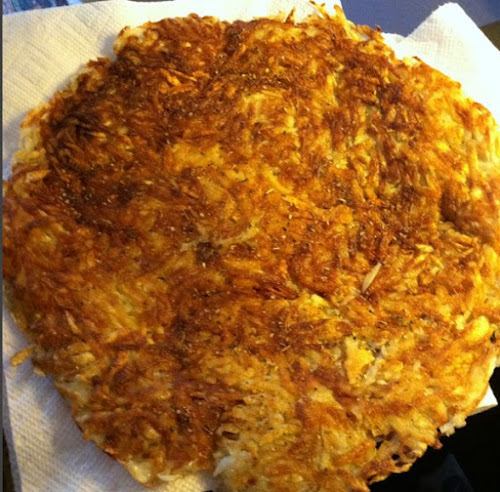 Mr Minx has quite a way with potatoes. He's made several of these enormous fried potato cakes over the years, and I have to keep myself from eating the whole thing every time. And I'm not a big potato fan. Although not a latke, this one was just in time for Hanukkah.