Mari Luna has long been on our "must-try" list. After carefully perusing the menus for both the Mexican Grill and the Latin Grille, we decided that we were most interested in taking a little trip to Mexico.

Once at the tiny but festive little restaurant, we ordered one of everything. Well, almost everything. 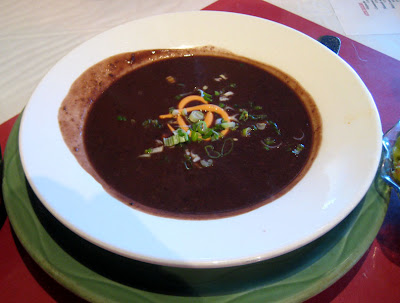 First we shared a bowl of black bean soup. It was terrific - mostly smooth, with some chunks of bean at the bottom of the bowl, and a nice bright flavor that didn't emphasize any one particular spice. 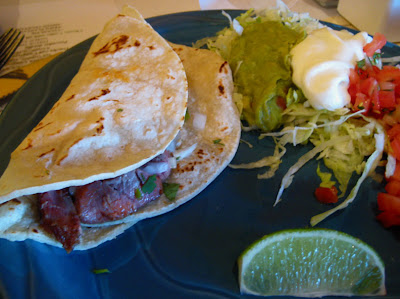 We also tried two tacos, one with beef tongue and one with lamb. As with everything we ordered, they were brought on separate plates with piles of guac, sour cream, pico de gallo, lettuce, and a lime wedge. Mari Luna would have saved a bit on dishwashing had they put both tacos on the same plate. However, the table was large enough to accommodate all of the extra dishes, so no worries on our part! I loved both tacos - the meat was tender and subtly flavorful. They really didn't need all of the extra accompaniments. 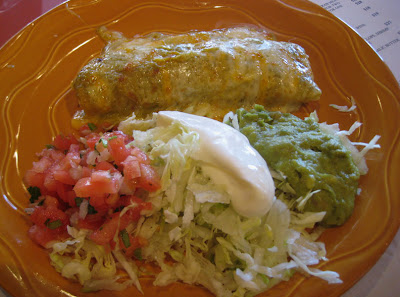 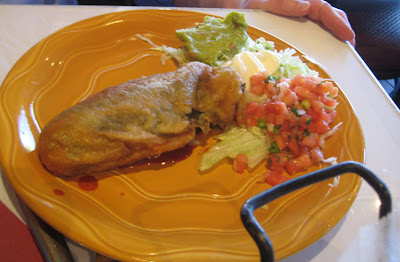 One chicken enchilade verde and one somewhat obscene-looking chile relleno, again on separate plates with piles of garnish. Both were very good. Mr Minx particularly enjoyed the chile relleno. We ordered a Caesar salad, too, because I thought a Mexican restaurant should be able to do that well. But not so much. It was a pile of romaine with some shreds of cheese on top, dense polenta croutons, and dressing on the side. The dressing was creamy and tasted strongly of anchovy. It would have been much better had the salad been dressed in the kitchen, because it's hard to get the right amount of thick creamy dressing on a plate of lettuce while using only a spoon and a fork. Honestly, people who order dressing on the side have ruined salads for many of us. 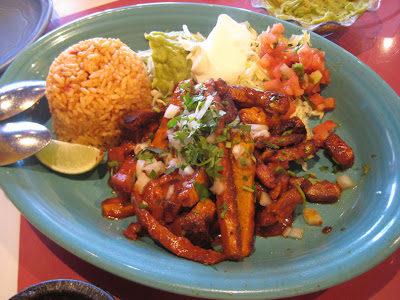 We also got an order of the carnitas, but by the time we got to them, we weren't very hungry anymore. It seems like every restaurant has its own unique way of making this meat dish, basically pork cooked in its own fat. The pork at Mari Luna was a little hard, as if the pork had additionally been fried or grilled after braising, and it had been tossed in a chile sauce. Pretty good, but not the best I've had. The sides of rice and charro beans were very good. (The whole reason to order so many small plates was to avoid multiple orders of rice and beans, which came with entree selections.)

The service was amazingly fast - food was on the table in no time flat, despite the restaurant being fairly busy. I think our server was amused that we had ordered so much, but he was very nice. We'll be back.