For my birthday this year, like last year, I chose to have my celebratory dinner in a Thai restaurant. I was swayed to visit Bangkok Delight by some effusive praise I had read recently. Plus they had an item on the menu called Basil Duck, and I had to see if it was anything like our favorite dish from Thai Luang in Herndon.

My hopes were high, and they were dashed. Bangkok Delight serves what I would consider American-style Thai food, at least that seemed to be true of the dishes we tried. 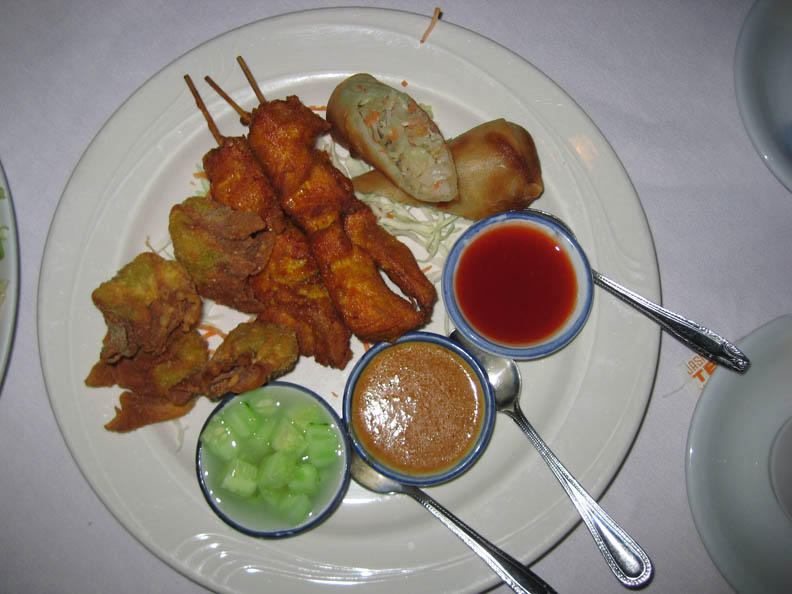 From the specials menu, we tried the Triple Delight appetizer of chicken satay, fried wonton, and spring roll. The spring roll was bland, as were the wontons, and both probably came from a bag in the freezer. The satay had been battered and deep fried, rather than grilled; thankfully the chicken was still moist. I normally love peanut sauce, but the version we were served at Bangkok Delight tasted as though it had been made from a dry mix. 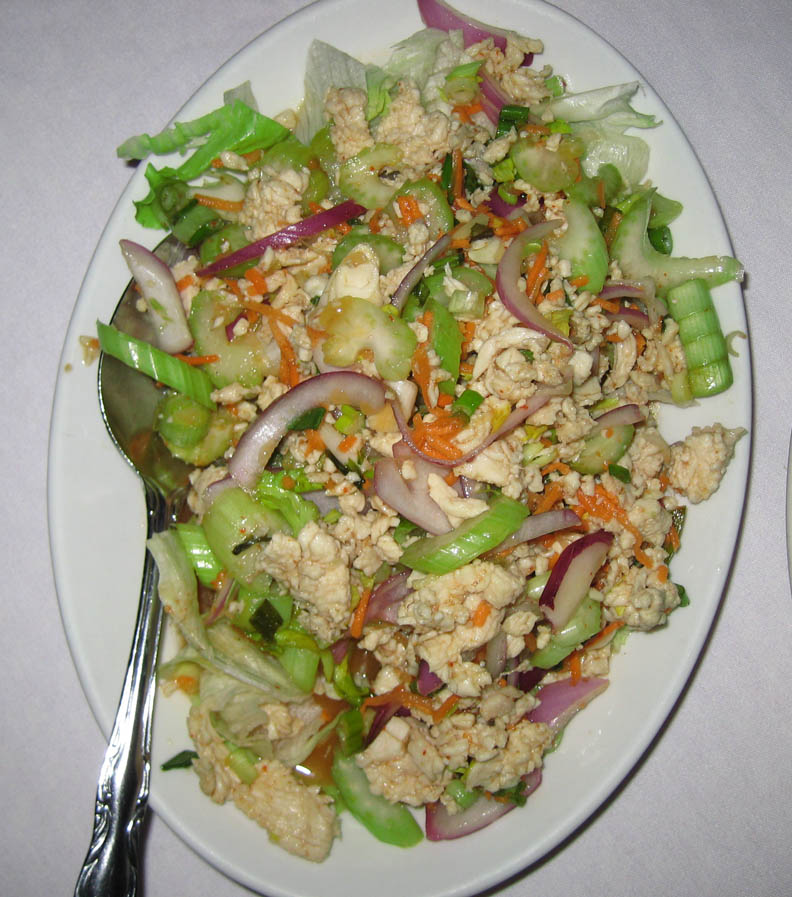 I had heard that Laab, a spicy salad made with chicken, herbs, and lime juice, was delicious and so I wanted to try it. This version had so much Western celery in it, it tasted like regular chicken salad, albeit with a little fish sauce. It was good...but it was not Thai. And it was certainly not hot and spicy. 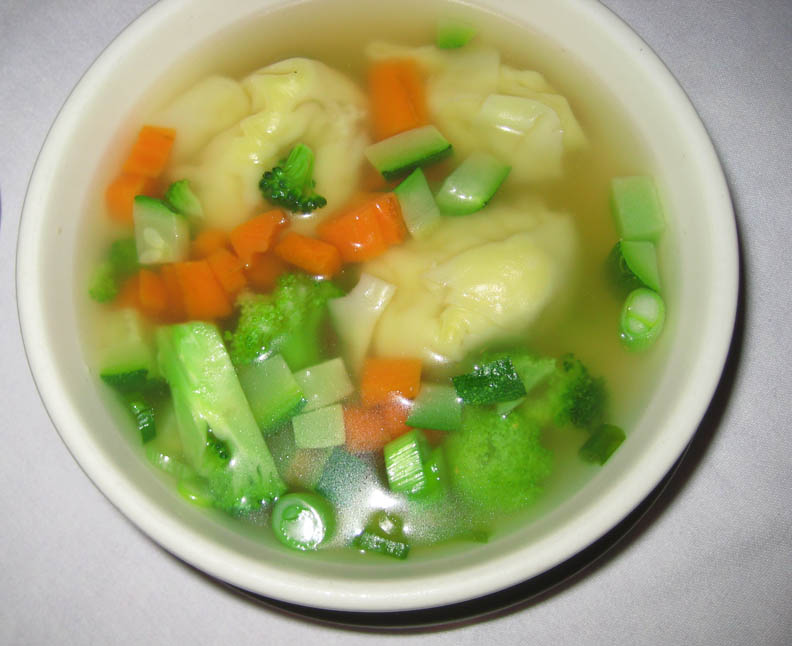 For the soup course, Mr Minx went for won ton, which tasted like Western chicken soup because of the plethora of celery. My tom yum gai had a strong fish sauce flavor that was not unpleasant, but it overpowered any subtlety this soup usually has. 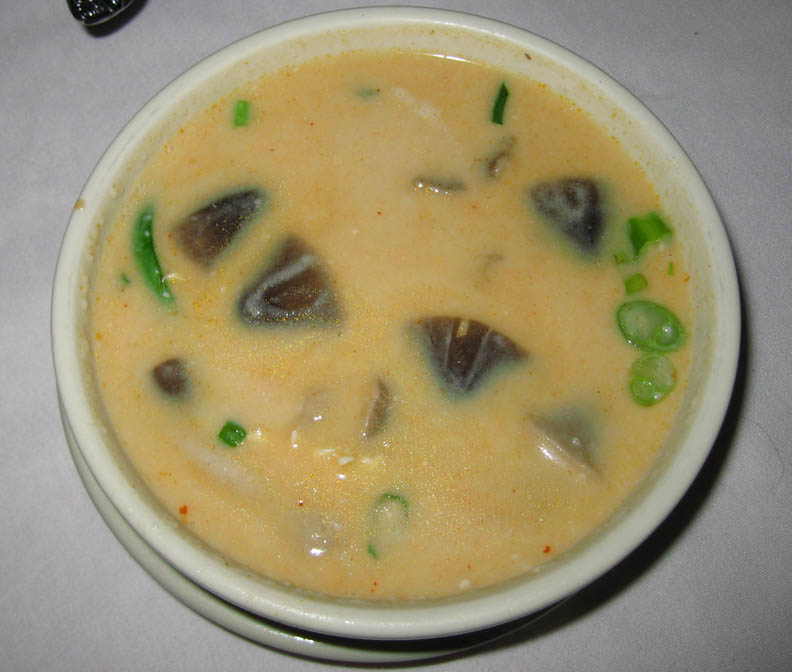 Here's the Basil Duck. The menu said the dish came with bell peppers, and I asked that they be omitted. In its place we received a much-appreciated mix of fresh green beans, zucchini, carrots, and baby corn. The duck had nice crispy skin but the meat was quite tough. The sauce was only mildly spicy, and despite a generous quantity of basil on top, it didn't have much basil flavor. Not that the dish wasn't good - it just fell short of my expectations. 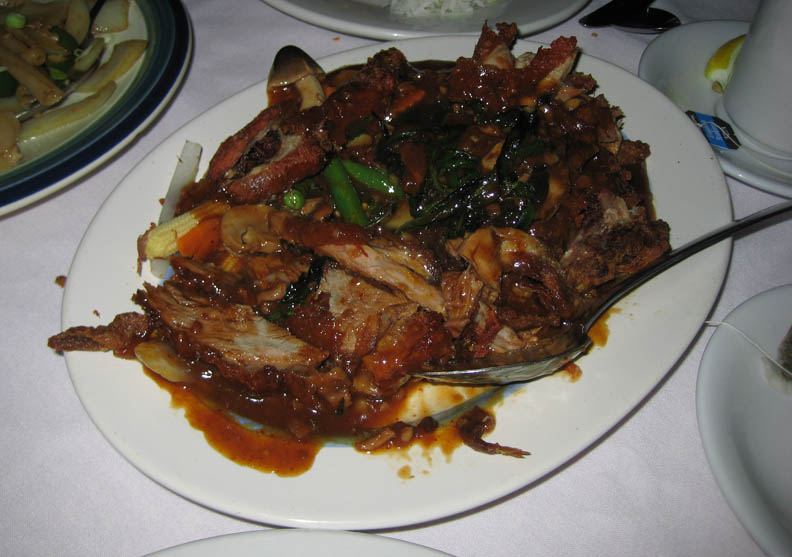 We also ordered the Drunken Noodles with pork. Drunken noodles contain no alcohol, rather they are called that because of the amount of alcohol one would want to consume to put out the fire-y spice of the dish. Our drunken noodles had no discernible heat, and the noodles didn't have any of the luscious texture I'm used to in rice noodles. They were a bit tough. Overall, the flavor was fine, but it didn't seem particularly Thai to me. 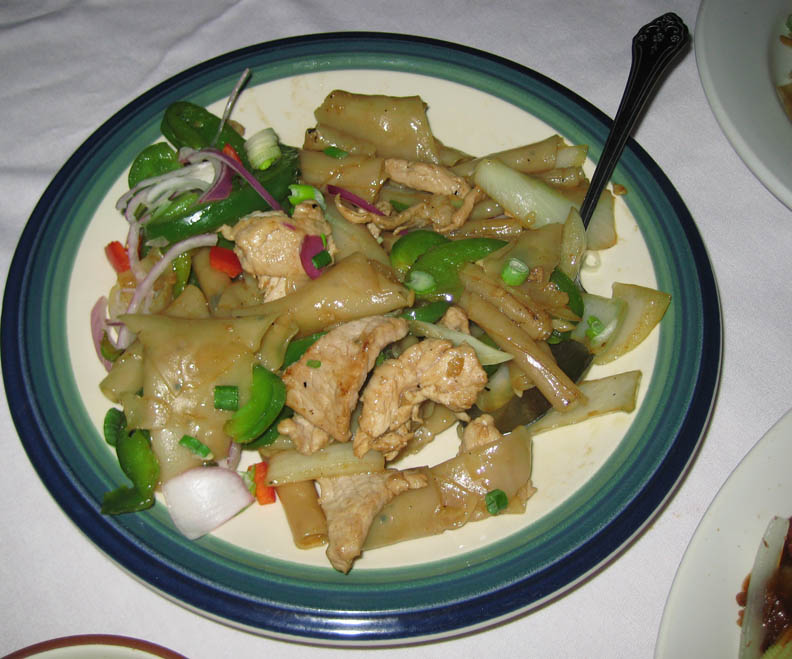 And that, in a nutshell, was the biggest issue for me. Although we were in a Thai restaurant, we could have been eating Chinese food. Nothing was bad, and I'm sure some folks would find everything quite delicious. It just made me miss the deep flavors and aromatic subtleties my old favorite Thai restaurant, the now-closed Bangkok Place, even more.
On the plus side, portions were huge, and we took home a goodly amount of food to eat later in the week. After I doctor it up, of course.
Bangkok Delight
8825 Centre Park Drive
Columbia, MD 21045