For my birthday, I wanted an Asian food extravaganza, so we did a bit of dim sum for brunch, then visited Little Spice for a Thai dinner. I had originally wanted to go to one of the Thai restaurants in Columbia, as we would be in the area at dinnertime, but a co-worker's mention of Little Spice made me change my mind. I vaguely remembered reading good reviews of the place not long after it opened a couple years back.

Located in a rather dull strip mall with a generously-sized parking lot on Dorsey Road in Hanover, not far from Arundel Mills Mall, Little Spice has a fairly extensive menu of Thai goodies. I still miss my favorite Thai restaurant, Bangkok Place, and am looking for a reasonable facsimile as a replacement. I also wish I could find a version of Thai Luong's crispy duck with sweet basil somewhere north of Herndon, VA. Unfortunately, Little Spice fulfills neither desire. That is not to say the food isn't good - it is. Just not good enough to drive to Hanover on a regular basis. 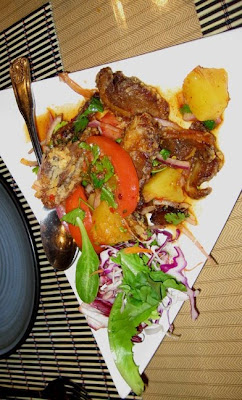 I started out with the amusingly named Spicy Crispy Ducky Salad (sliced crispy duck, herbs, tomatoes and red onion seasoned with sweet chili dressing). It should have been called "Spicy Crispy Fishy Ducky Salad" because there was more than a generous amount of fish sauce in the dressing. Not a bad thing. I thought it was delicious - very savory, somewhat spicy, and worthy of a larger portion. 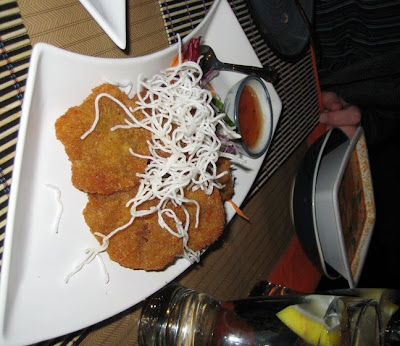 Generally we prefer fish cakes, but as they were out of them, we had shrimp cakes instead. They were fine, and I thought they would have made an interesting filling for a po' boy type sandwich (maybe because I had a po' boy on Saturday?) In the background, you can see a bowl of the tom kha kai that each of us ordered. It was quite tart, and otherwise pretty standard. 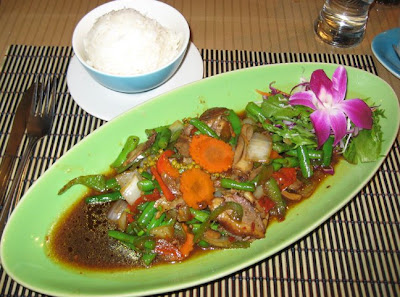 Mr Minx and I were interested in duck, and although there are two duck in basil sauce dishes on the menu, each with a different number and slightly different description, rest assured they are identical. The only difference was that mine came with an orchid garnish and his came with orange slices. (Everything was plated very attractively at Little Spice.) 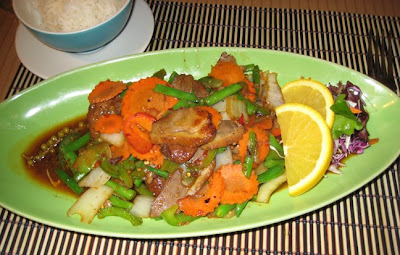 For dessert, we were dismayed to find they were out of sticky rice, so instead we got Jasmine rice puddings, served incendiarily hot, and avocado ice cream. The latter was very green, and had a rich texture, but I couldn't discern any avocado flavor. It certainly wasn't vanilla, however. 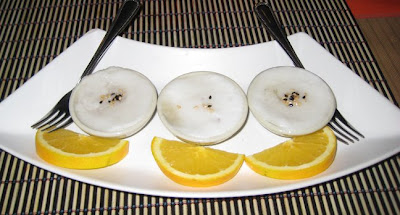 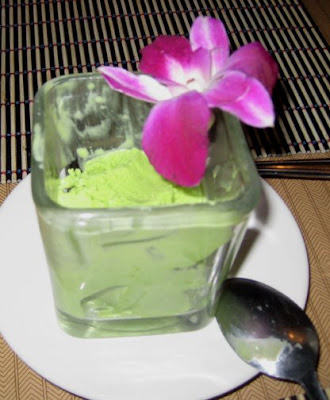 I liked Little Spice, and would eat there again, mostly to have another serving of the crispy ducky salad, but also to try the spicy drunken ta-lay (wide noodles with seafood and basil) and the red curry. But I'd really rather find a place closer to Towson (any suggestions, other than the seriously overrated Thai Restaurant on Greenmount?)