How is it that I've lived in Baltimore for [many many] years and never went to Samos? We don't get to Greektown very often, and the last few times it was to dine at Ikaros. Ikaros is good, but we discovered that it is not Samos.

We wanted to eat everything, so we did. There were three of us, but we ordered enough food for 5 or 6. First was the trio of dips; from the five options, we chose the taramasalata, or fish roe dip, tzatziki, and olive tapenade. They came with a smattering of crudites and a pile of addictive toasted pita triangles. Oh, the pita. I could have just eaten that and been happy. 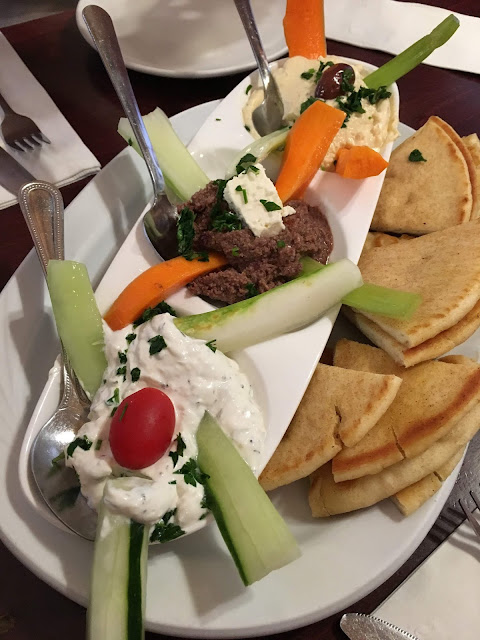 But we also ordered the grilled octopus, which came with a sprightly salad of tomatoes, red onion, green olives, and the evil chickpea (which were easy enough for me to pick out). And more pita. The char flavor on the cephalopod was quite excellent. 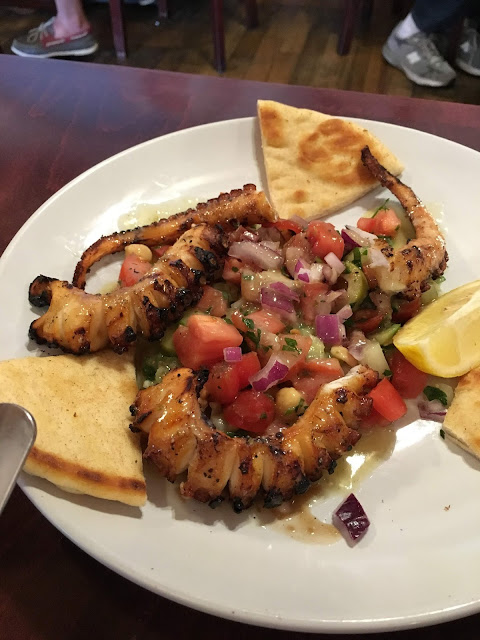 We also had the spinach pie, which was nicely flaky but not as thick with spinach and feta as some other places. It was good though.

We also tried some souvlaki. My brother debated with the waitress between the pork souvlaki served sandwich-style or merely skewered. I convinced him that we had enough pita on the table. Still, when I ordered one pork skewer and one of shrimp, our waitress assumed the pork should be the pita-wrapped version. It was actually a very tasty sandwich (is it a sandwich, technically?) The four shrimp at $7.75 seemed a bit skimpy, but they were excellent. And came with pita. 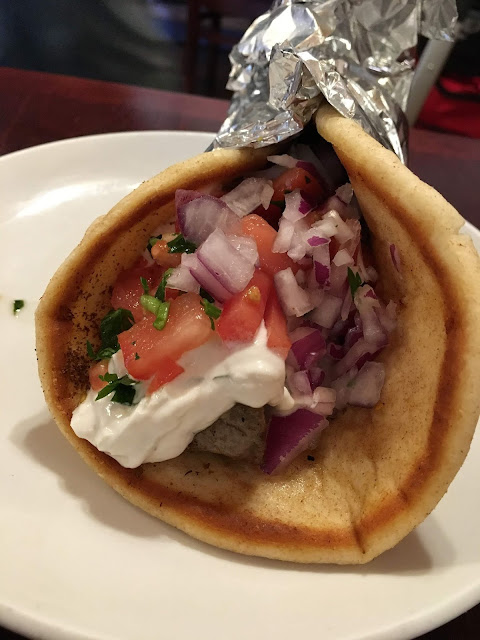 We also had the lamb chops, which seemed pricey at three for $25, but they were so juicy and delicious, I can deal with the cost. Plus they came with a small Greek salad, a pile of potatoes and veg, and of course, more pita.

I couldn't resist the Greek green beans, which were so so good. Oink! We finished most of the food, apart from some of the veg and a pile of pita triangles, and we ordered dessert, too. I was in the mood for galaktoboureko, a custard-filled filo concoction topped with cinnamon and honey. My brother ordered the same. 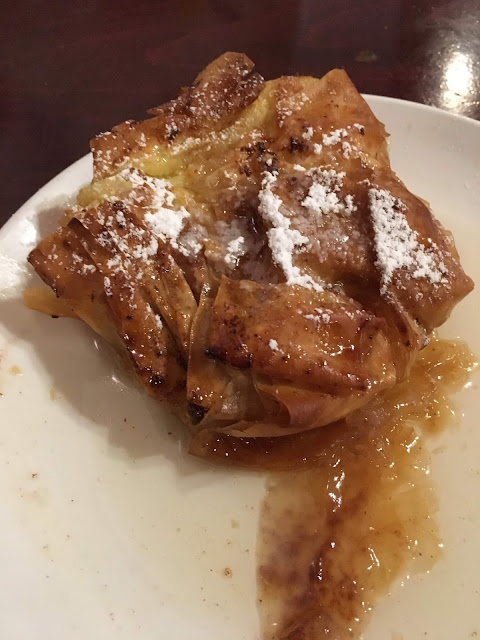 Mr Minx got the baklava. Both desserts were served warm in large, shareable portions, each a steal at only $4. Delicious. But probably too much food for me. Or any normal mortal. 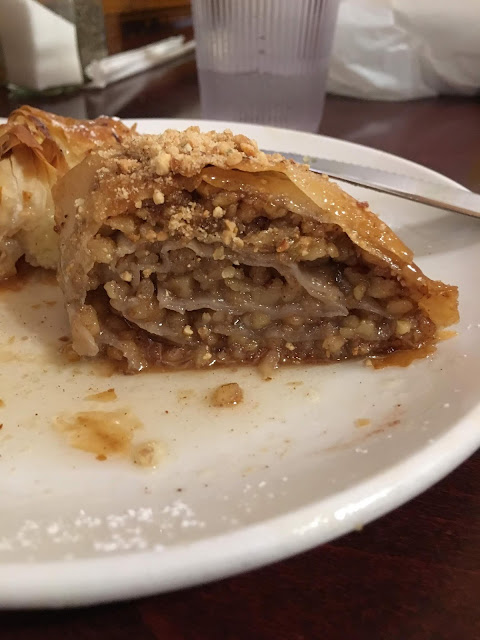 I ate too much, but everything I ate made me happy. And isn't that the most important part of a meal?

Samos is cash-only, BYOB, so be forewarned. There is an ATM on premises though. Also, they don't take reservations, so if you like to eat at peak dinnertime, be prepared to wait. We old folks arrived at 5pm and had no problem getting a table. However, we also had to contend with multiple families with very small children, who, though well-behaved, were also very vocal. Good thing they were cute.