I have often lamented the lack of good Chinese food in the Baltimore area. Oh sure, there are several carry-outs and smaller restaurants serving up Americanized food, but how many of them are actually good? As far as I'm concerned, Grace Garden in Odenton and Hunan Taste in Catonsville (which has been "temporarily" closed since at least November of 2018) are the only two that are consistently good. Szechuan House in Timonium is extremely spotty, but they have a huge menu and it is possible to find one or two decent dishes. Asian Taste in Ellicott City is good for dim sum, but we were disappointed by a recent dinner. Some folks swear by Chopstix Gourmet; we went for dim sum once and were not impressed. There's a new place in the city called Panda BBQ. I have heard positive comments, but their online menu indicates a very limited menu of mostly skewered meats and vegetables. We have gone to Galaxy Asian Cuisine for dim sum once and enjoyed it. We'll need to visit again to check out their dinner offerings.

And then there's The Orient. My family used to frequent the original Towson outpost back in the 80s and 90s. That location closed a few years ago, but there are others in Bel Air and Perry Hall. A new Towson restaurant opened a couple of years ago; we haven't been yet. The Perry Hall restaurant is right up the road from my Dad, so we have gone there a few times and haven't been disappointed.

The food is primarily American Chinese-style, but everything we've tried has been consistent and well-prepared. 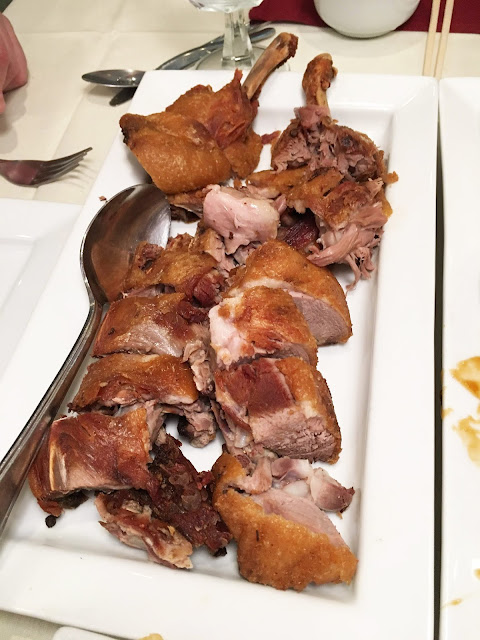 We've had the crispy duck twice and have enjoyed the tender meat and salt-and-pepper seasoned skin. 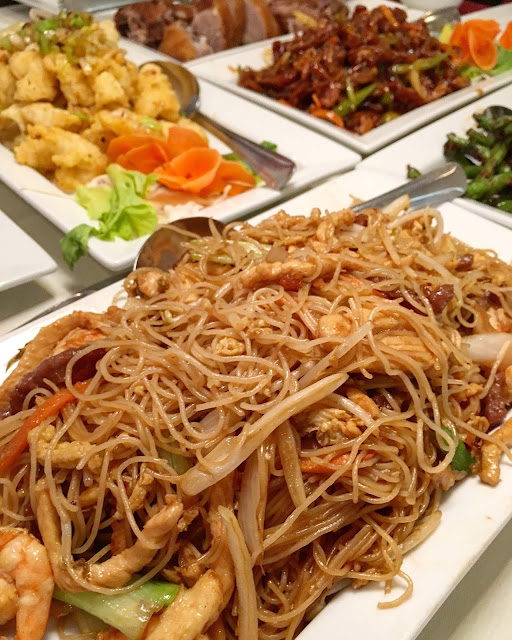 The mai fun noodles can be had Singapore-style (with curry) or a simple soy sauce seasoning with meat and shrimp. They don't have as much wok hei as the same dish at Asian Court, but they are still quite good. 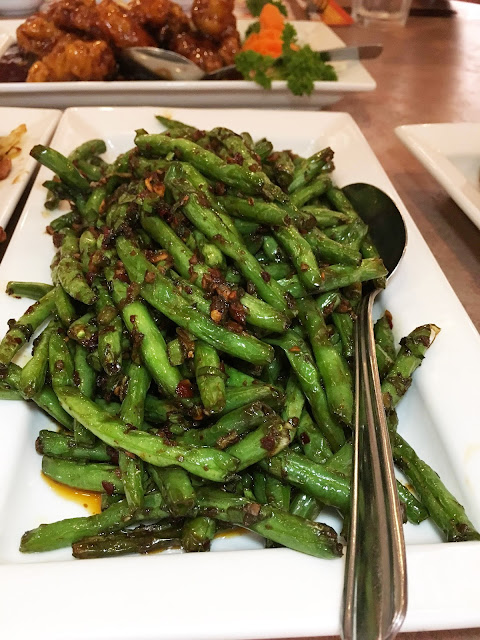 The Szechuan string beans, a family favorite, are still nicely crisp and green at The Orient. 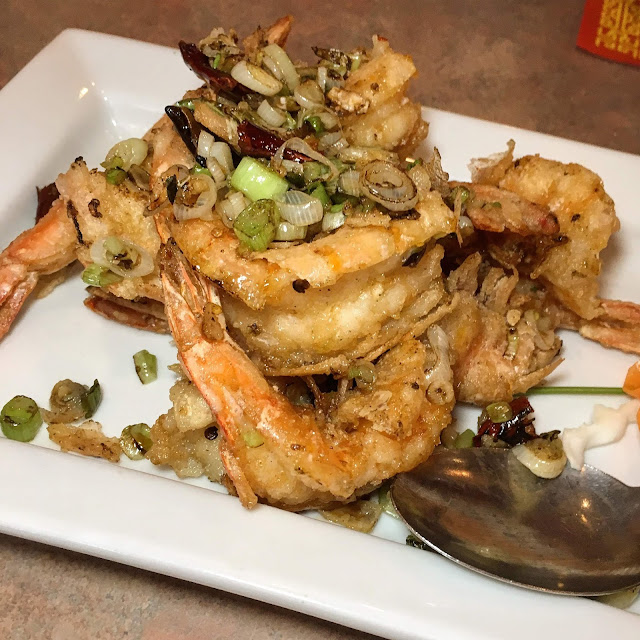 We've also tried the House Crispy Pepper Squid and the whole shell-on shrimp with the same preparation (above), and have found them to be quite delectable. Shredded Crispy Beef and General Chou's have been admirable, with tender meat and a still-crisp coating, despite the sticky sauce on each.

Portions are huge, and prices are very reasonable. We've gone on Saturday afternoons and found the place abandoned, which is a shame. However, that means we get all the attention and the food arrives promptly. Though it's not Grace Garden, I am looking forward to our next trip to The Orient, mostly for the soy sauce noodles and the House Crispy Pepper seafood dishes.