I have been a big proponent of the Baltimore food truck scene since Day 1. I am fortunate enough to work near an officially city-sanctioned food truck hub, and if I wanted, could have a truck lunch every day. Many trucks have come and gone over the past several years, some I have liked very much. But my favorite is the long-running, award-winning, Gypsy Queen Cafe. Twice a week, one of their two trucks would park right in front of my building. I soon found myself spending a bit of time every Friday with Annmarie at the black truck known as "Little Gypsy."

Full disclosure: Annmarie provided recipes for each of our three books. We are friends, but it was the truck that brought us together.

Eventually, the so-called food truck hub in my area began to be overrun with renegade trucks. Trucks that didn't even have signage. Trucks that served mostly fried foods that were likely purchased in bulk at a kitchen supply store. They'd get to the hub at 7am and leave no room for the regular trucks that served more interesting and house-prepared foods. Little Gypsy stopped coming around, though I do see the original truck once in a while.

Food Trucks in Baltimore seem to be going strong, as seen by the recent Food Truck Week and various festivals. But I rarely bother to get a truck lunch anymore.

Now if I want one of Annmarie's crab cakes, I can go to the Gypsy Queen Truckstaurant. While it's not convenient to work, the hours are longer, so I can have dinner as well as lunch. Or both. 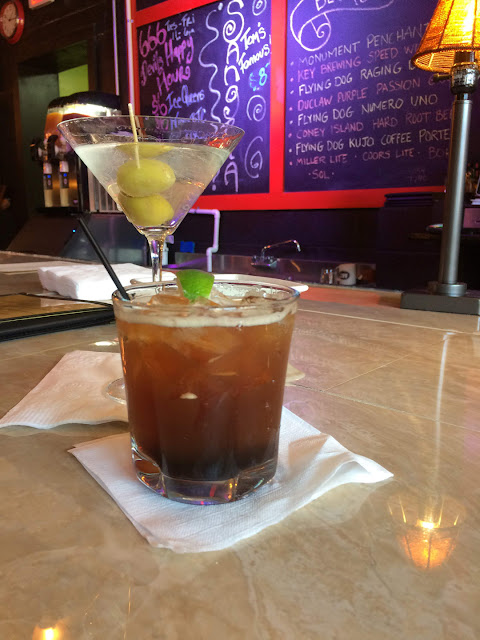 The Truckstaurant is situated in a former garage on Clipper Mill Road. If you're trying to find the place while heading south on Clipper Mill and have driven as far as Birroteca, you've just passed it. Turn yourself around and go back a few hundred feet; you can definitely see the sign when approaching the restaurant from that angle. Eventually there will be a sign on Clipper Mill, which will make finding the place much easier.

The restaurant is much like a Tardis--it's far bigger on the inside than it seems on the outside. Annmarie and Tom did most of the work themselves, including painting and decorating. The result is a fun and eclectic space that feels like its been around for ages. It's homey and comfortable, with booths, a back lounge, and a long bar. There's also a dining space with tables on the other side of a clever partition made from empty wine bottles donated by restaurants and friends. 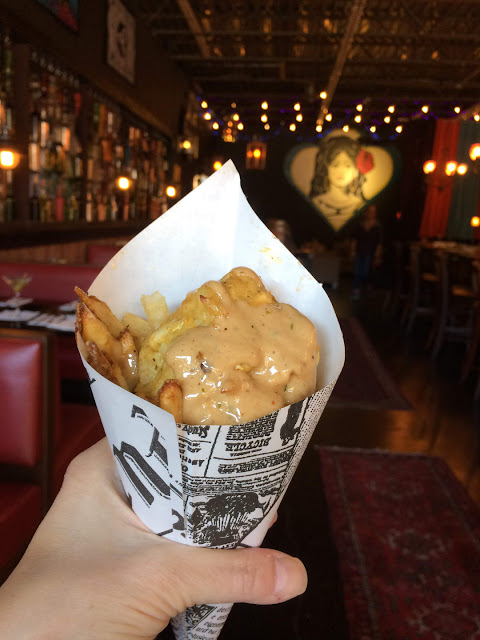 The menu includes all of the food trucks' greatest hits, including various items stuffed into waffle cones. My favorite is the crab cone. Annmarie's crab cakes are "saucy," that is, very moist, which is the way I prefer them. They're also topped with her dynamite chipotle aioli, which is good on just about everything. Possibly even chocolate cake (though I haven't tried that yet). 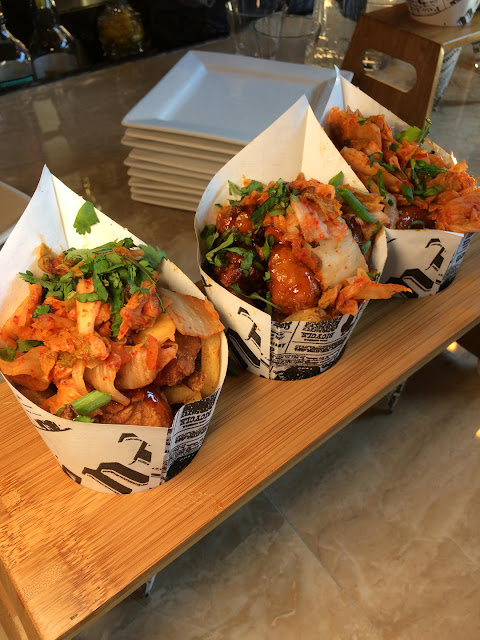 There are all manner of other goodies on the menu, including chicken wings and fat dates stuffed with bleu cheese and wrapped in bacon. 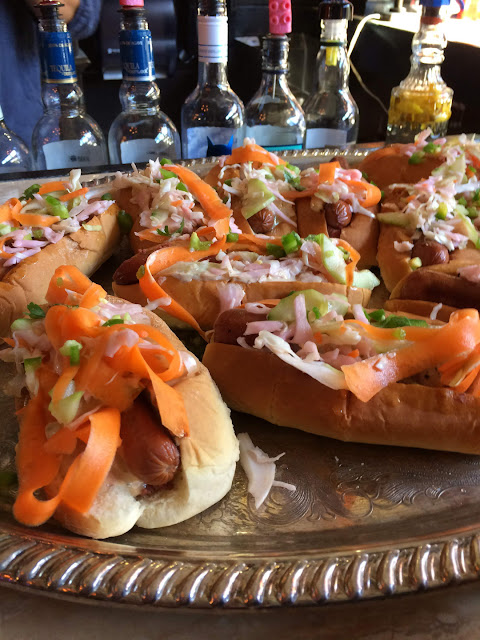 One of the advantages of a brick-and-mortar version of Gypsy Queen is a liquor license, so one can have beer, wine, or cocktails with their noms. Additionally, GQ Truckstaurant has a ridiculous 7-hour-long Happy Hour Tuesday - Friday from 11am to 6pm, which seems like a damn fine excuse for day drinking.