Not sure if anyone knows, but I've been writing a restaurant column for the City Walker App Blog. The purpose of the app itself is to give visitors a local's-eye-view of a city, so they are able to experience it in the same way residents do--on foot. (Not that anyone actually walks anywhere anymore.) The blog offers a bit more detail; I have endeavored to take users on a stroll through the city while pointing out restaurants along the way. In addition to the walking posts, I have been writing others that put certain favorite restaurants of mine in a spotlight. I thought I could share those here with you.

When I was much younger, Baltimore was a pizza wasteland. Sure, restaurants touting their nightmarish “fresh dough” pizza were all over the place, and yes, I ate my share of it, always hoping to find a slice that actually tasted good. The whole ‘fresh” dough thing was quite a misnomer; it was made in a factory somewhere and trucked into restaurants around town, so how fresh could it be? Well into the 1980s, Baltimore-area pizzas consisted of these flabby, flavorless crusts topped with bland red sauce and puddles of rubbery salt masquerading as cheese. Though cooked up in mom-and-pop establishments, they were awful enough to make Pizza Hut and Domino’s seem like the good stuff. 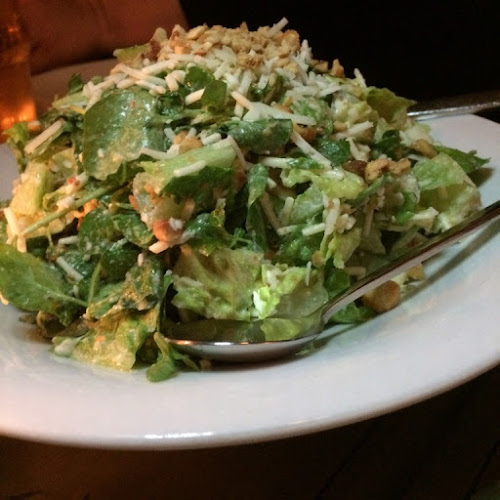 There were, of course, exceptions to the rule. My favorite pizza came from a regional chain called Pappy’s, where they served birch beer by the pitcher and gave styrofoam hats to kids. You know, the ones that are modeled after straw boaters and seen on the heads of barbershop quartets and election day candidate-hucksters. I was probably 10 when I had my last Pappy’s pizza so can’t be held accountable for my taste back then. There was also Matthew’s Pizzaria in Highlandtown, Squire’s in Dundalk, and Pizza John’s in Essex, all of which are still in business lo these many decades later. The former has a strong fan base, but I’ve always thought their pies were bland. Squire’s pizzas are anything but, with a very herby and somewhat sweet tomato sauce and a crust that is crunchy rather than crispy. I’ve never been to Pizza John’s, but I hear that they serve thin NY-style pizza and they make their own dough, so I should probably get my ass out there, right? In any case, none of the pizzas of my Charm City youth could hold a candle to most dollar slices in New York. For a while there I decided I didn’t really like the stuff. Fortunately, in the 00s, a bunch of pizza joints opened up in Baltimore, all serving thin-crust goodness with toppings like pesto and arugula. I realized I did like pizza, even craved it, though none of these newer establishments were what I’d call a “holy grail.”

Then I tried Hersh’s. 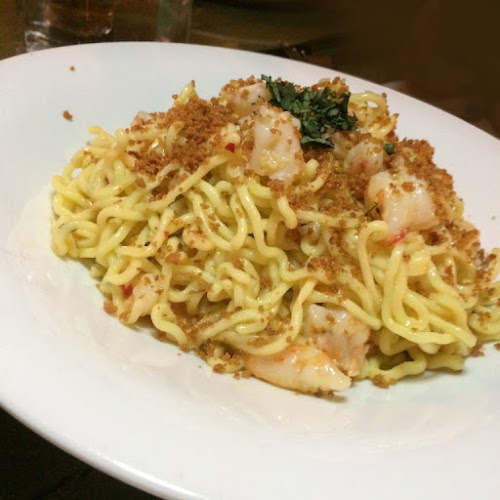 Hersh’s is on the very end of Light Street, a good mile’s walk from the Inner Harbor. Owned by siblings Josh and Stephanie Hershkovitz, Hersh’s serves Neapolitan-style pizza and a whole lotta other yummy Italianate things. But first, the pizza. It’s cooked in a wood-fired oven and is served uncut, like in Naples. The crust is thin with a perfectly blistered cornicione and some leopard-spots of char on the crust and upskirt. While the pizzas look so damn good you just want to pick it up and shove it into your pizza-pie-hole whole, cutting it into at least four slices is probably a better way to approach things. Less hot cheese in the lap. Also as in Naples, you can’t just come in and expect to get a giant pie slathered in shredded cheese and slices of pepperoni perched on a 5-napkin oil slick. (Not that there’s anything wrong with that.) If you’re really into pepperoni, you can add some to a Margherita (otherwise topped with housemade mozz, grana padano, and fresh basil), but why not put a little more excitement in your life? My suggestion is to order the Tre Porcellini if it’s on the menu. It’s topped with three different pork products–sausage, braised pork, and guanciale–along with provolone, garlic and red pepper flakes, and it will take you to hog heaven. (Sorry, couldn’t resist!) The Fumo e Fuoco is my fave, topped with smoked mozz, grana padana, and soft rounds of fried eggplant, all drizzled with a spark of chili oil. Excellent for dinner, even better when eaten cold for breakfast. 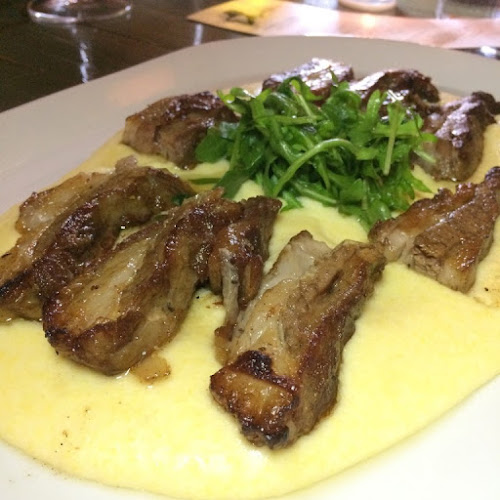 But enough about the pizza. While a pie and a beer, glass of vino, or a crafty cocktail can be a perfect meal for some, Hersh’s kitchen magic is not limited to things on crusts. You see, Hersh’s isn’t a pizza parlor. It’s an Italian restaurant. Yet, it’s impossible for my husband and I to eat at Hersh’s and not order pizza. However, we like to make it one course of a multi-course meal and share everything. So we might start off with one of the antipasti, most likely the wood-fired octopus or maybe the meatballs in tomato sauce over housemade ricotta, then move on to a salad. Right now there’s a lovely Autumn Salad comprising escarole, apples, pecans, parm, and gorgonzola dolce in a dijon-apple cider vinaigrette that sounds perfect. And while the more protein-focused of Chef Josh’s main dishes are going to be dynamite, we usually lean toward ordering a plate of his tender housemade pasta, like a classic spaghetti Carbonara, or maybe some roast pumpkin gnocchi with crispy braised pork and arugula-pumpkin seed pesto. (Yeah, I’m drooling too.) Once we’ve demolished those items, then we’ll have pizza. And if we can’t finish it, that’s when it becomes breakfast the following morning. There’s really no losing with this meal plan.

So if you’re in the mood for really great pizza and a plate of pillowy ricotta ravioli or maybe tagliolini with some sort of seafood on top, you definitely need to walk all the way down Light Street to Riverside to eat at Hersh’s. (And if your feet are sore from all the other walking you’ve been doing, jump on the bus. The Silver Line goes straight down Light and stops within a block of the restaurant.