Brunch at By the Docks

Neal and I are pretty fond of By the Docks, a restaurant in Eastern Baltimore County. We love their mammoth crab cakes, and everything else we've had there has been pretty good too. We couldn't pass up an invitation to their weekend brunch, so one chilly Sunday morning, we drove to Middle River from Towson. The ride took only about 20 minutes, which is about as long as it takes for us to get downtown. The buffet includes all of the usual suspects: bacon, sausages, scrambled eggs. There's no omelet station, but they can be made to order in the kitchen and brought to your table while you stand in line for other goodies. Mr Minx's omelet, above, included spinach, mushrooms, tomato, and sausage; he seemed to enjoy it quite a bit. You can also order other egg preparations, and things like grits and oatmeal from the kitchen. A nice touch, as those items often get gloppy on a steam table.

Omelets aren't my thing, so I went straight to the buffet for scrambles, bacon, and a slice of scrapple. 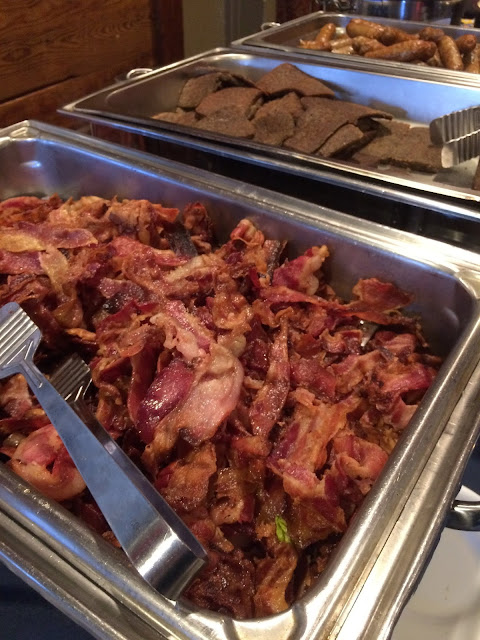 I also visited the more lunch-y section of the buffet, which included a pretty darn tasty teriyaki chicken and fried rice, filled pasta melange (large cheese-filled ravioli and tortellini) with shrimp, and the day's fish selection, which on that occasion was tilapia. 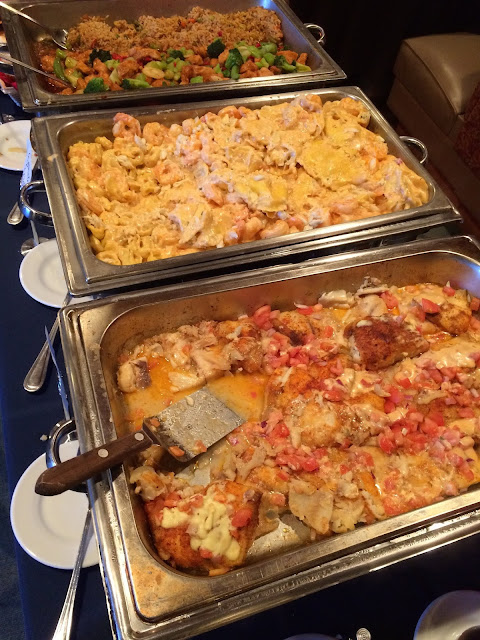 As By the Docks is primarily a seafood restaurant, the buffet doesn't skimp in that department. There are large bowls of peel-and-eat shrimp, mussels, and the biggest oysters I have seen in quite a while. 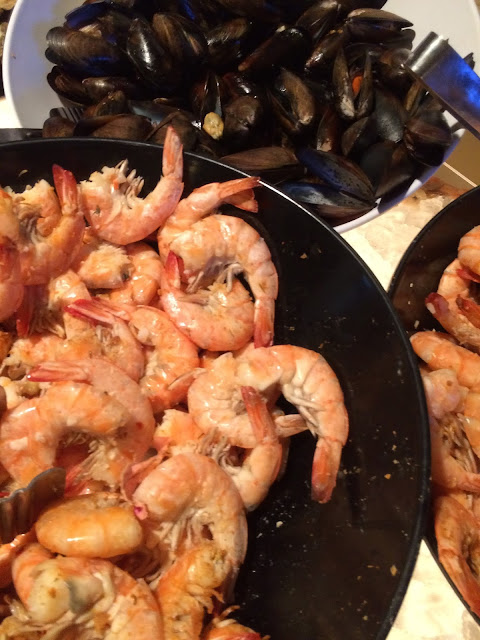 The buffet isn't all protein. There are biscuits (with or without gravy), toast, muffins, and pancakes for carb-lovers, also bowls of fresh fruit and grilled vegetables. There's also a selection of desserts, most of which are on the petite side so diners who only need a bite of sweetness after a meal don't waste an entire serving. Full-sized slabs of bread pudding and small bowls of rice pudding are available, too. 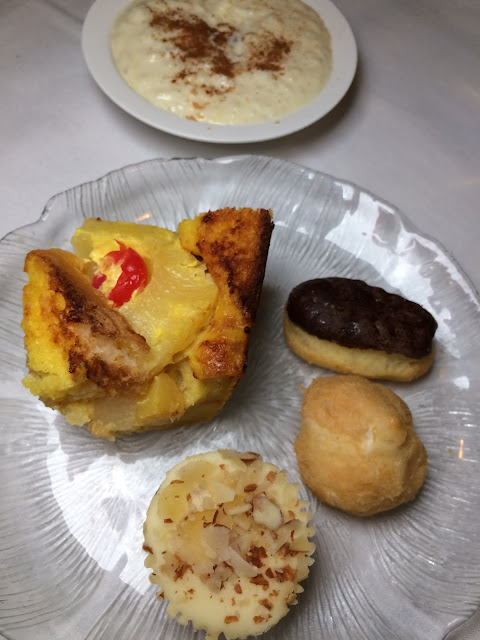 We tried a little of everything and came away very satisfied. No doubt everyone does, as this feast is a super-inexpensive $17.99 per person. It was certainly well worth the drive to Middle River.