Is there anything better than a hot fudge sundae? 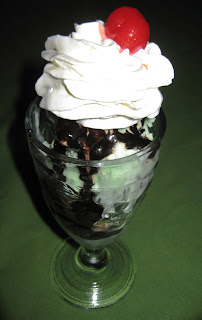