Waterfront Kitchen, the lovely Fells Point restaurant with some of the best harbor views in town, has a new chef. David Hynes may be from hipstery Brooklyn, but his culinary philosophy is very much in keeping with WK's classic vibe. According to chef Hynes, he enjoys making dishes that are familiar, but with his own twist on tradition. He's already collaborating with the restaurant's master gardener, Jo Cosgrove, who will be growing new and exciting ingredients in the garden and BUGS greenhouse down the street. We heard him request kaffir lime that evening, and can't wait to see in which dish he uses that aromatic ingredient.

Mr Minx and I were invited to a media preview of the chef's menu. We started out with passed hors d'oeuvres that included crab hush puppies and Korean pork belly atop crispy rice cakes and three of the cocktails from general manager Nicki Kern's revamped bar program. We tried both the Grapefruit Lush (Art in the Age Rhubarb Tea, St Germain, honey, and grapefruit juice) and Dead Leaves and the Dirty Ground (Espelon blanco tequila, agave nectar, habanero, Granny Smith apples, spices) and enjoyed both, particularly the fruitiness the habanero added to the latter. 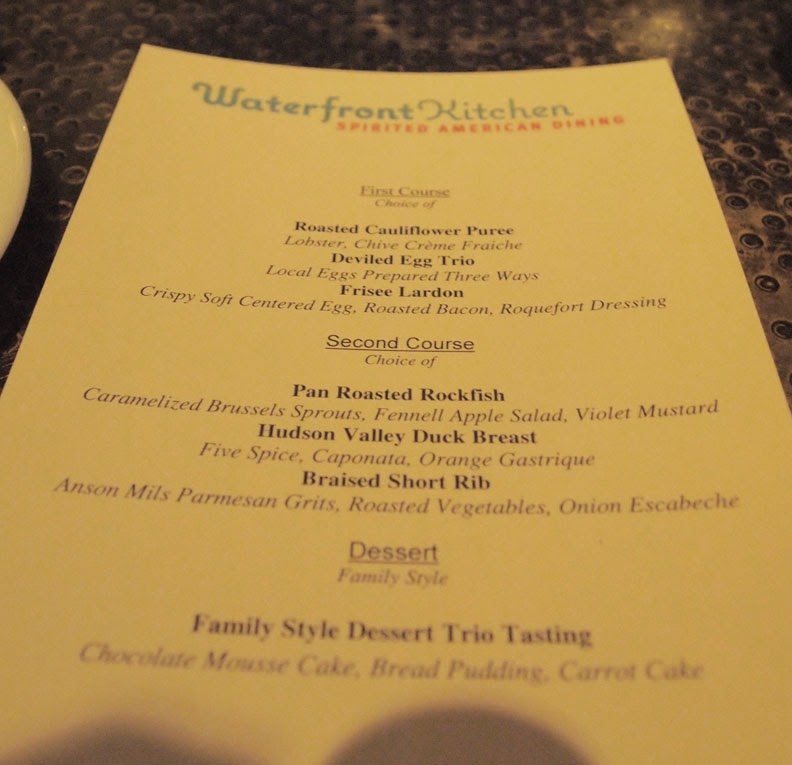 For dinner, we had our choice of appetizer and entree. Mr Minx had the roasted cauliflower puree, which was lush and smooth, with distinct butter and lobster flavors in addition to the expected cauliflower. 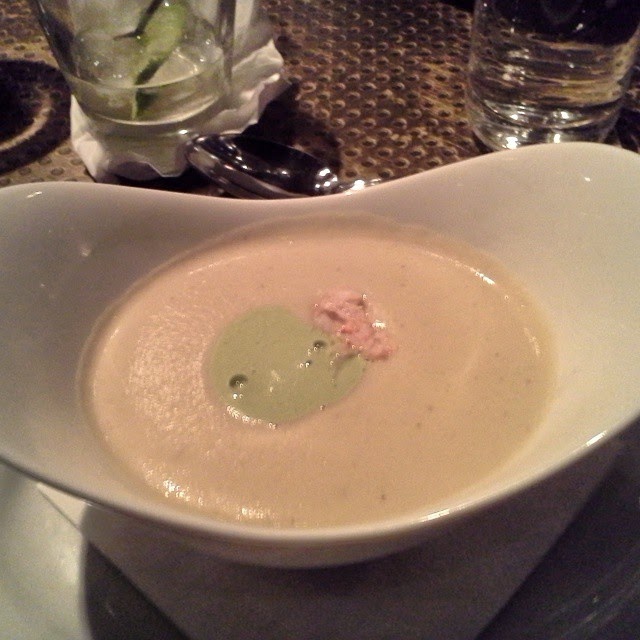 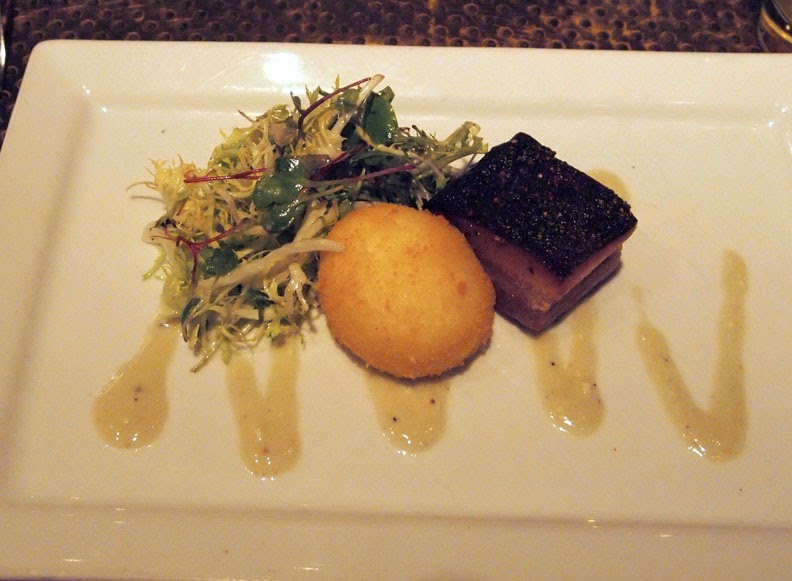 I had the frisee lardon salad, which had a pleasantly unexpected twist. 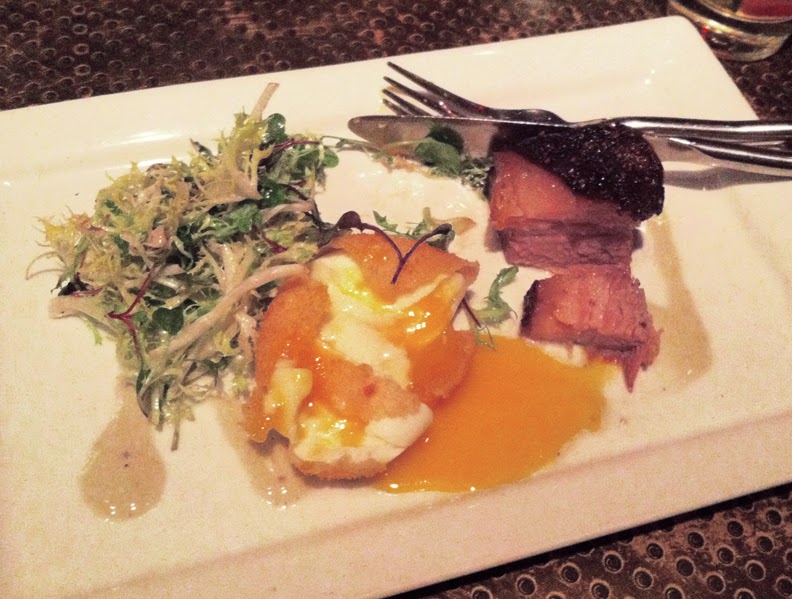 The soft boiled egg had been lightly crumbed and fried, but was still lovely and molten inside. Rather than lardons, I received a slab of roasted bacon, and the greens were nicely dressed with a somewhat Caesar-y Roquefort dressing. I loved it. 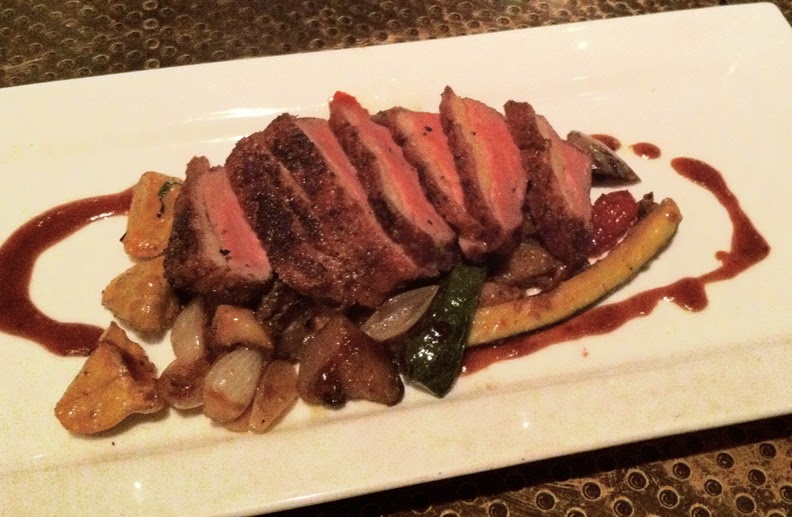 I also loved my roasted Hudson Valley duck breast, which was cooked to a lovely rosy medium, its crisp skin flavored with a hint of five spice. The vegetables under the duck were called a caponata, but I'm going to be argumentative and say it was actually a ratatouille. No matter, the vegetables were crisp tender and nicely seasoned, and the gastrique of sherry vinegar and orange juice added a light piquancy to the dish. 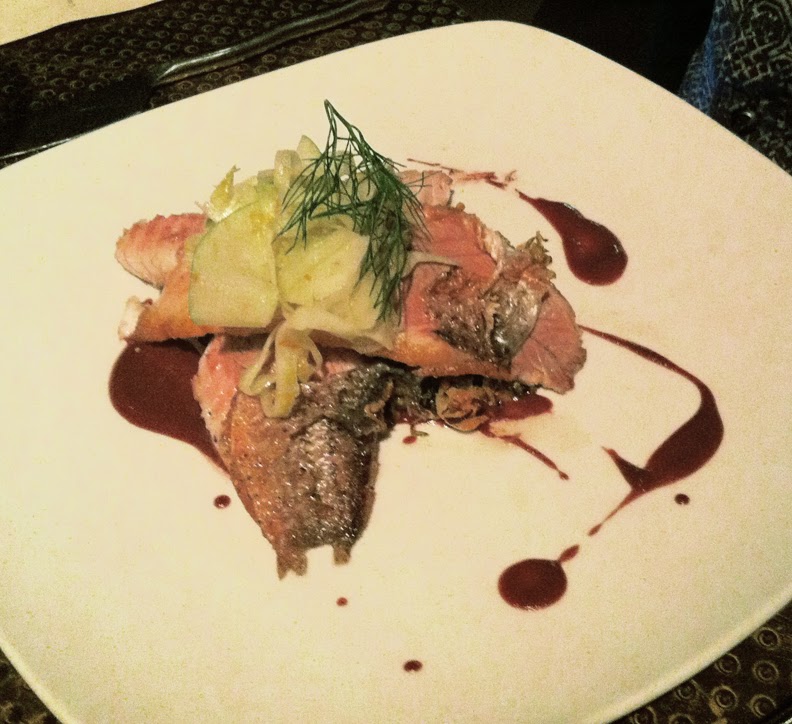 Mr Minx had the rockfish, or striped bass, as they call it everywhere outside of Maryland. It was served with nicely caramelized brussels sprouts and topped with a raw fennel and apple salad that added a necessary hit of acid. 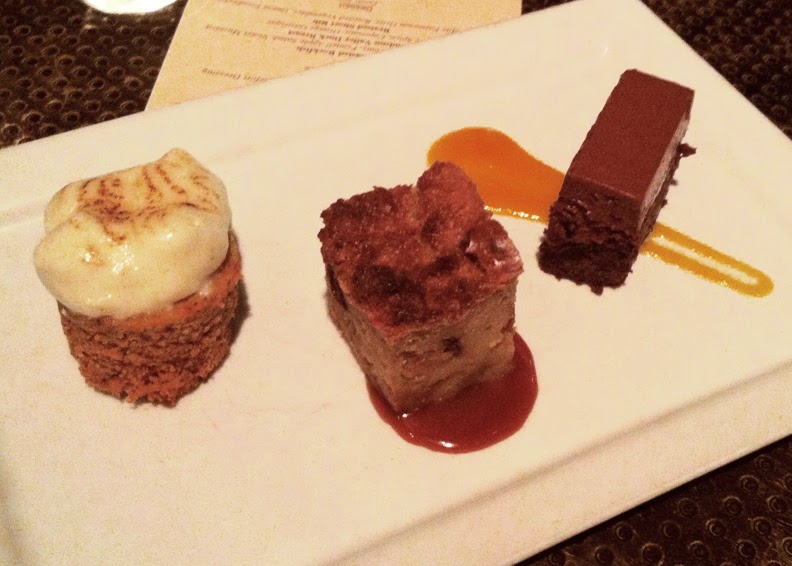 For dessert, we shared a trio of flourless carrot cake with bruleed cream cheese, raisin bread pudding, and chocolate mousse cake with a passion fruit sauce. The carrot cake was the most intriguing of the three, moist and rich, with ground almonds subbing for the usual flour. I also appreciated the crust on the bread pudding and the fabulously tart passion fruit sauce.

Going by what we were served that evening, chef Haynes is off to an excellent start. Check out his lunch, dinner, and brunch menus on the Waterfront Kitchen Web site and note that brunch is now served on both Saturday and Sunday, with bottomless mimosas or bloody marys. We hear rumors about an upcoming bloody mary cart, too, which would allow diners to customize their brunchtime libations. Personally, we want to wrap our jaws around that shredded duck banh mi, offered both at brunch and weekday lunch....