Bryan Voltaggio, owner of Volt and Family Meal in Frederick, Range in DC, and Aggio, an Italian restaurant within Range, is opening a second outpost of Aggio in Power Plant Live! here in Baltimore sometime early this summer. To introduce the restaurant to locals, Spike Gjerde hosted a two-night Aggio pop-up at Artifact Coffee. We managed to snag a table for the first seating on the first night.

First appearances are important, and Aggio hit all the right notes there with a generous bread plate that included ethereal grissini and heartier foccacia. They were served with two dips, one an intensely salty whipped goat ricotta with lemon and olive oil, and an unusual whipped mortadella. At this point, we were pretty happy campers and looking forward to the rest of the meal. 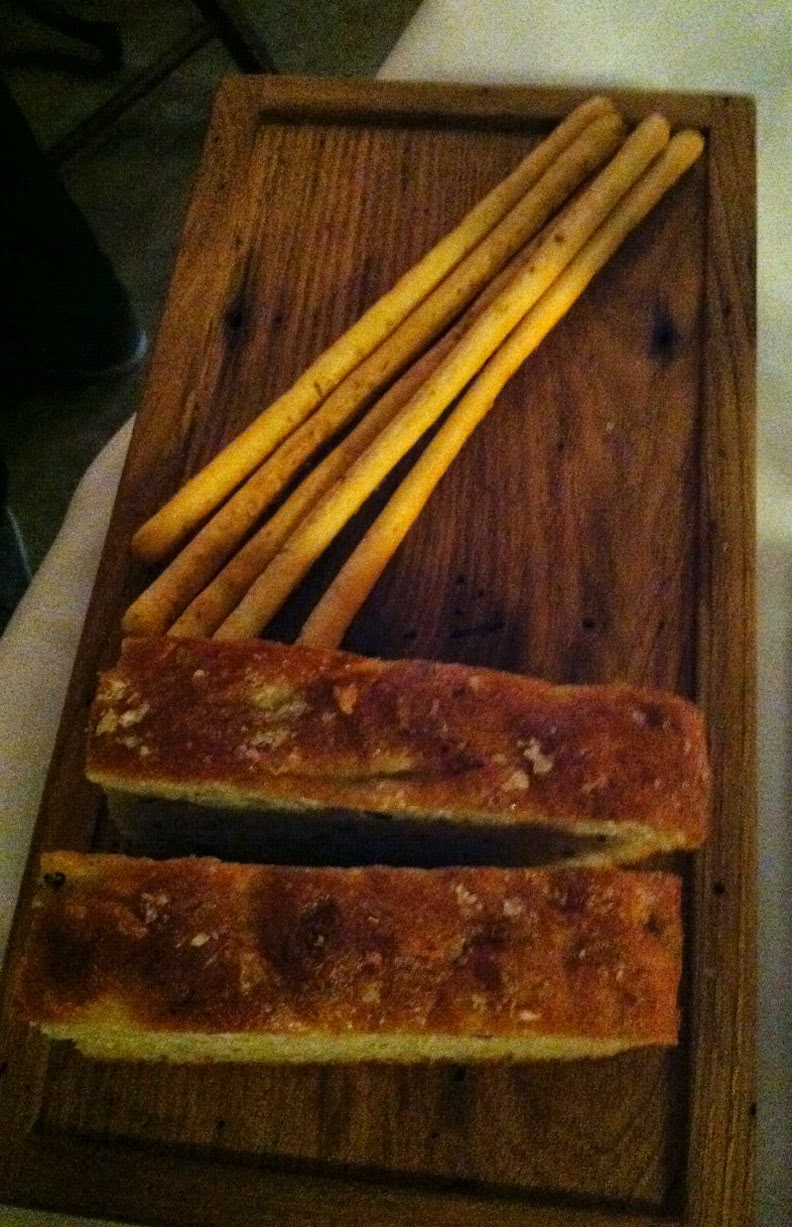 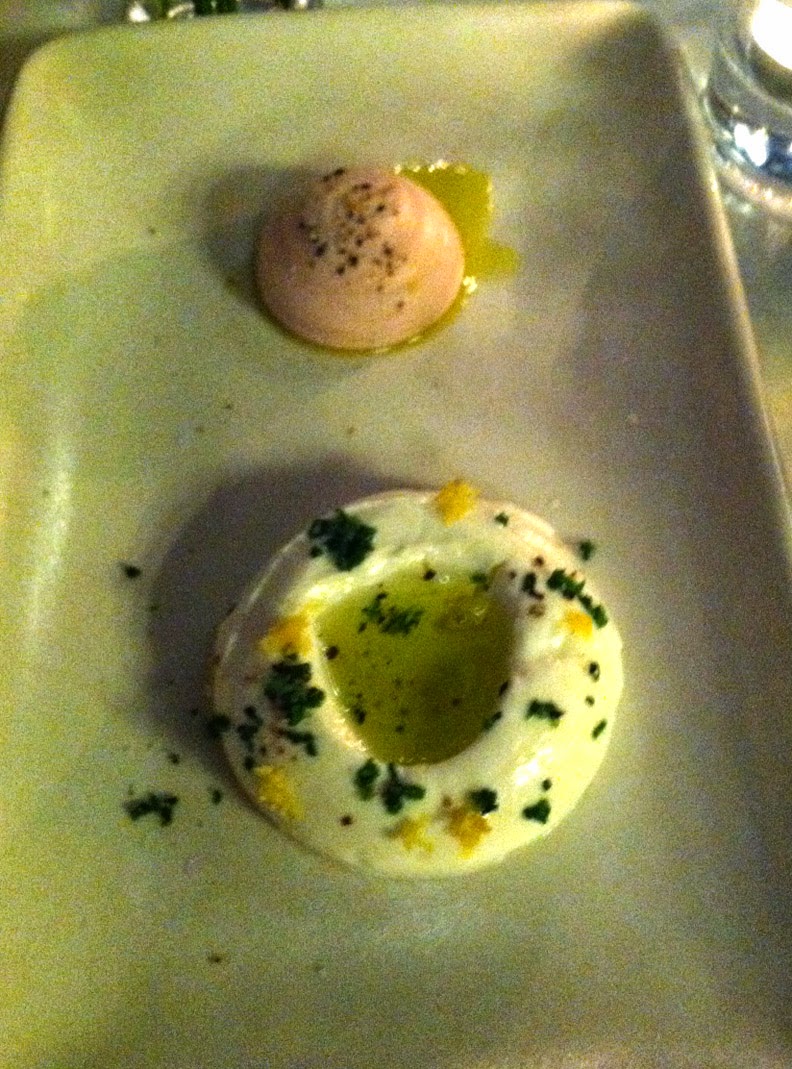 The first of four courses were equally successful. I chose the chioggia beets. Voltaggio likes to play with textures, and in this dish, the naturally sweet beets were presented in both chunks and paper thin slices. I didn't really taste the charred rosemary component of the dish, but really enjoyed the fishiness of the tonnato sauce (made with tuna) and the bottarga (an Italian salted fish roe). It was an inspired combination.

Mr Minx's impeccably fresh raw tuna served with orange was also a nice combination of flavors. And because the house lights dimmed dramatically a little while earlier, Mr Minx wasn't sure what he had on his fork at any given time. He enjoyed the little game of "is it orange, or is it tuna?"


For the second course, Mr Minx chose the asparagus and I had the shrimp and polenta.

The asparagus was a big disappointment. While the stalks were nicely cooked and juicy/tender, the only flavor in the dish came from the smoked pecorino. It was perhaps a bit too subtle.

Also too subtle was the prawn dish, a homely festival of brown. I felt it was bland and uninteresting and lacking the promised heat and flavor of the fra diavolo. Clearly the Washington Post's Tom Sietsema, who gave Aggio three stars, was served a different dish. "The seafood choices include a raft of grilled prawns adrift in a dark orange froth of shellfish stock, tomato paste and red chili flakes. 'Too pretty to eat' comes to mind. Ignore the thought and dive in. Beneath the tender seafood is soothing buckwheat polenta."


On to the pasta course, which was much more successful. We passed on the spinach pasta with crab and buttered popcorn to try the whole wheat lumache with lamb ragu and the spaghetti alla chitarra with meatballs.

The ragu was rich and delicious, with a hearty lamb-gamy flavor. A perfect dish to cozy up with on a cold winter's night.


I am not Italian, so I like my pasta drenched in sauce (IMHO, the reason to eat the pasta in the first place). Voltaggio's spaghetti alla chittara was cooked properly al dente and was coated with a rich tomato sauce. The terrific meatballs were fluffy and soft, and according to Sietsema, are made with a portion of mortadella. In other words, they were full of baloney....

Dessert was hit or miss. Mr Minx had the cookie plate, featuring lemony "taralli" and chocolate biscotti. Despite the incorrect nomenclature (taralli are crunchy ring shaped crackers, and these were pillowy soft cakelets, more madeleine than cookie), Mr Minx enjoyed both. The "taralli" were especially tasty.

My pistachio and olive plate tasted of neither. The kumquats were the star, as far as I'm concerned, sweetly bitter and bursting with citrus flavor. I wanted the sorbet to be more tangy, and the soft cake to taste like...something. But Voltaggio's textural contrasts are always fun and almost made up for the lack of pistachio.

We're eager to visit Aggio in its eventual destination downtown, realizing that part of the inconsistency of this meal may have been due to the tiny kitchen space at Artifact. It will be interesting to see how well the restaurant does in Power Plant Live!, which is still the Brokerage in my mind (a lame place, even when it was popular).