So we were up in the Hunt Valley area and wanted to stop for a bite to eat but didn't want to go to any of the chain restaurants in the Towne Center. Luckily, this little pan-Asian/Sushi joint called Green Leaf happens to be in the Shawan Plaza shopping center at the intersection of Shawan and York Roads.

The dining room, while very 80s in decor, is bright and comfortable, and the service was friendly and prompt. And the food was pretty good, too.

We started off with the baby octopus salad, which was kinda creepy looking. 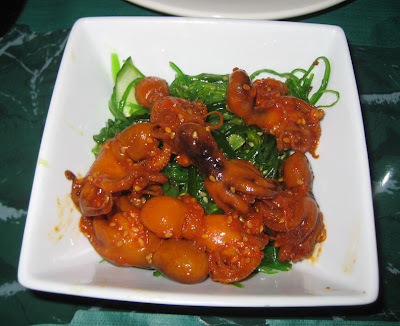 See? Creepy. I liked the combination of seaweed salad and whole sesame-marinated octopi (they were so tiny, I think they may have been fetuses), but I think it would have been better had the cephalopods not been so hard and cold. 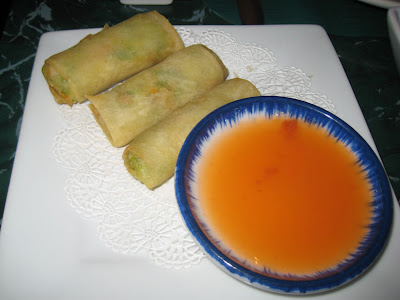 We also tried an order of the veggie spring rolls, which were grease-free and had a surprising amount of flavor for something so simple. 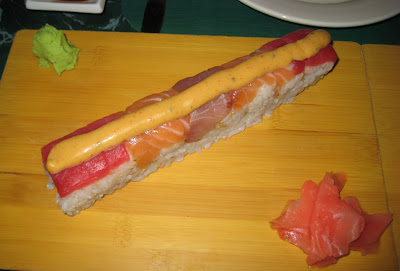 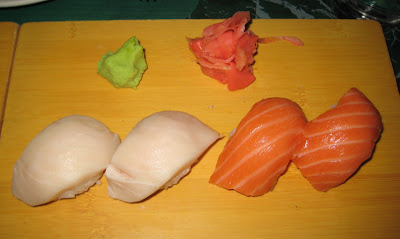 A Tokyo Roll (according to the menu description: spicy tuna inside, yellow tail, tuna, & salmon outside with wasabi sauce) and escolar and salmon nigiri came next. The roll was fine, albeit had nothing spicy about it. The nigiri was fresh and tasty, but the pieces of fish were a bit bigger than we like. 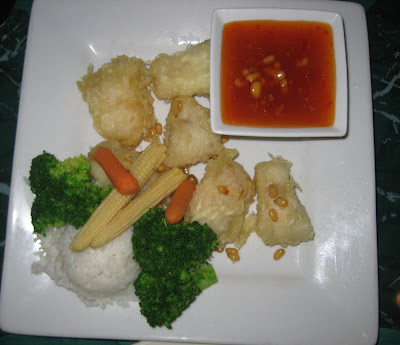 We also tried the pine nut fish, chunks of cod in a tempura batter, with fried pine nuts and a fish-sauce heavy, fruity Thai-style dipping sauce. A larger portion would have been nice for the money ($16), and I would have preferred crunchier batter, but it was pretty good and I really liked the fishy sauce. 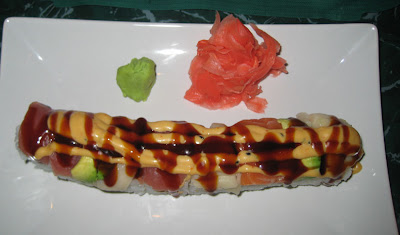 Finally, we decided to try another roll, this one called the "5th Year" roll. I can't remember what exactly was inside, but it had white tuna, salmon, tuna, and avocado on the outside, with several sauces.

We've had a lot of sushi recently, some of it very good. Green Leaf is decent enough, and definitely worth a visit if you're in the neighborhood, but I wouldn't call it a destination restaurant by any stretch.