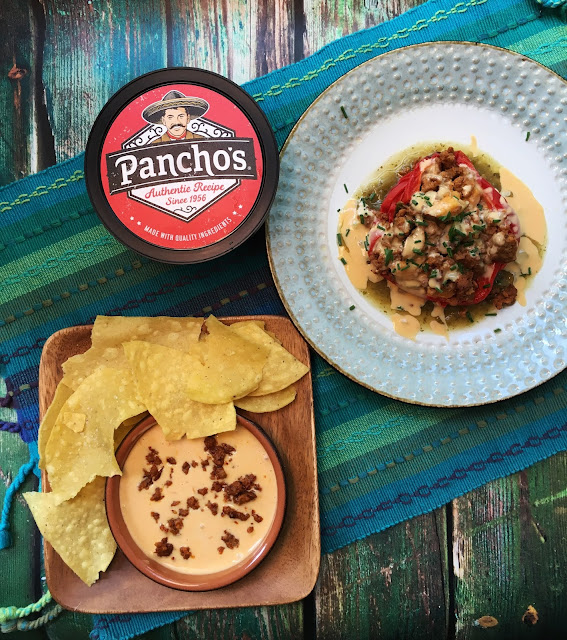 Who doesn't appreciate some cheesy goodness now and again? I'm not just talking a slice of cheese on a sandwich or sprinkled on a taco. I mean real, ooey gooey, sexy cheese, draped over everything from a tortilla chip to a stuffed pepper.

There are only two Pancho's restaurants (in West Memphis, AK, and Memphis, TN) but their famed cheese dip is available in 1200 locations across the country, including Giant Food Stores in Baltimore, and the Weis Market on Goucher Blvd in Towson. (Check their store locator--https://panchosdip.com/store-locator--for info.) People have called this stuff the Best Dip on the Planet; it even has a fan club. I can see why. It's not too thick, not too spicy, and it tastes fresh. As I was putting these dishes together, I was literally scooping the cheese out of the tub with my fingers and eating it. 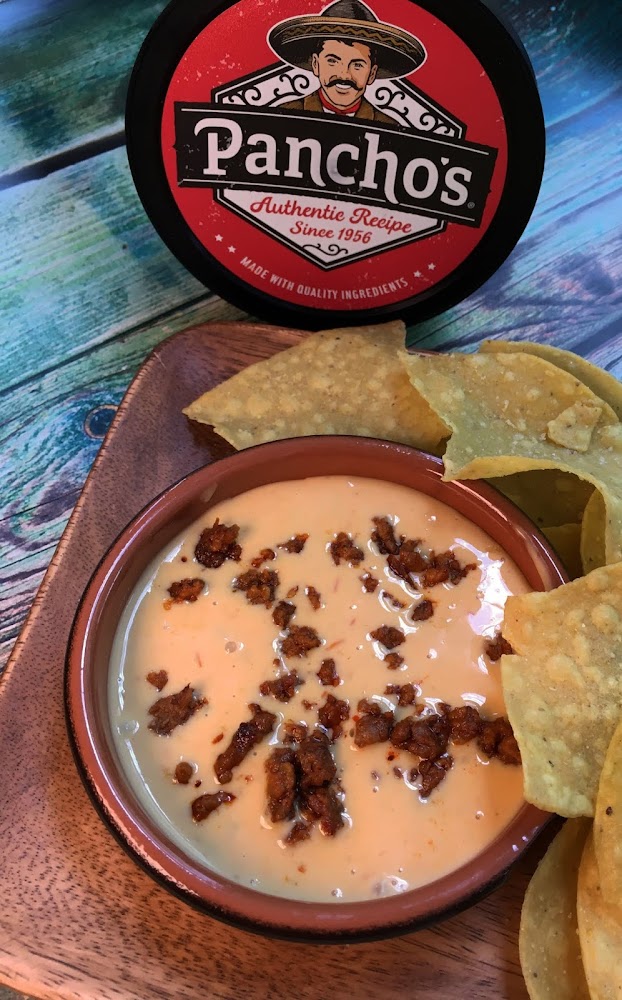 I crumbled some freshly fried Mexican chorizo on some Pancho's to make a super easy and delicious choriqueso dip. And I thought it made a brilliant topping for some Mexican-style stuffed bell peppers. 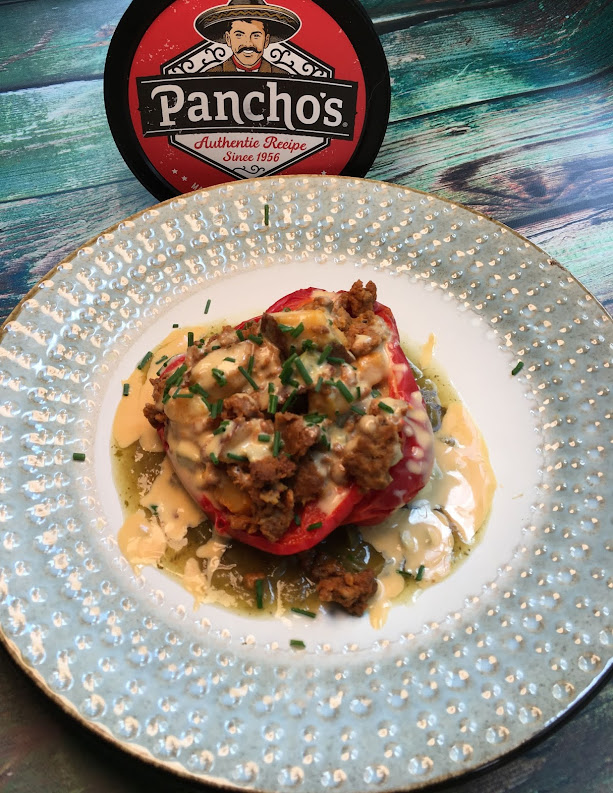 Papas con Chorizo-stuffed Bell Peppers with Pancho's Cheese Dip
2 fist-sized red potatoes, peeled and cut into 1/2" cubes
Salt
1/2 lb Mexican chorizo
2 cloves garlic, minced
2 red bell peppers, cut in half from top to bottom, seeds removed
Your favorite salsa
Pancho's Cheese Dip
Minced green onions or chives
Put the potatoes in a saucepan and cover with cold water seasoned with a generous pinch of salt. Bring to a boil. Turn heat to a simmer and cook until the potatoes are tender, about 7 minutes. Drain and set aside.
Put the chorizo in a saute pan set over medium-high heat. Breaking the chorizo up with a wooden spoon, cook the sausage until it's crumbled and browned. Add the minced garlic, turn the heat to medium, and cook for another couple of minutes. Remove the meat and garlic from the skillet, leaving the fat. If there doesn't seem to be much fat in the pan, add a teaspoon or two of olive oil. Add the potatoes to the skillet and cook over medium-high heat until the potatoes start to brown. Return the chorizo to the pan and season with salt and pepper to taste. Remove from the heat and set aside.
Preheat oven to 350F. Fill each bell pepper half with a heaping amount of the chorizo and potato mixture and place them in a baking pan--ideally an 8" glass pan. Cover with foil and bake for 15 minutes. Remove the foil and bake for an additional 15 minutes, or until the peppers are tender. NOTE: If it's too hot to put the oven on for this long, as it is in my house right now, you can microwave the peppers for 10 minutes on a covered plate to make them tender. Then they'll only need about 15 minutes in the oven.
Put a puddle of salsa on each of four plates. Top with a pepper half. Generously drizzle Pancho's Cheese Dip over the peppers, and garnish with the onions or chives.
Serves 4. 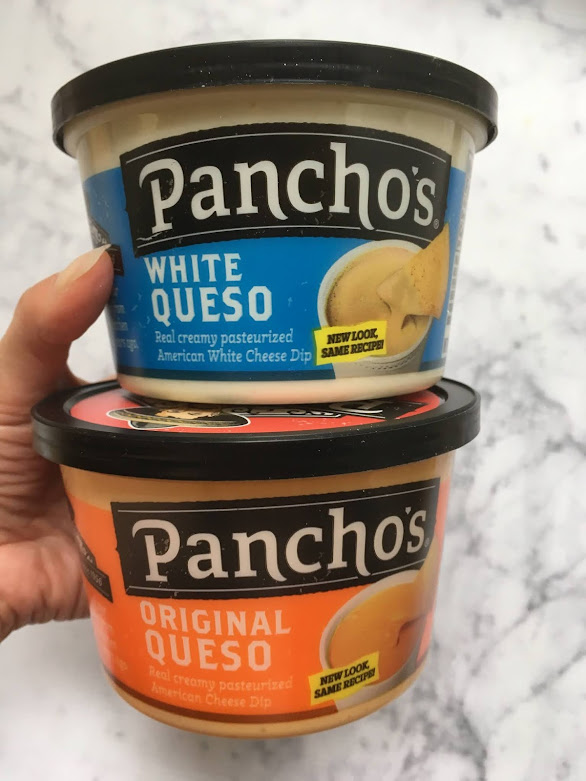 Posted on Minxeats.com.
* Any products in this post that are mentioned by name may have been provided to Minxeats by the manufacturer. However, all opinions belong to Minxeats. Amazon links earn me $! Please buy!
Posted by theminx