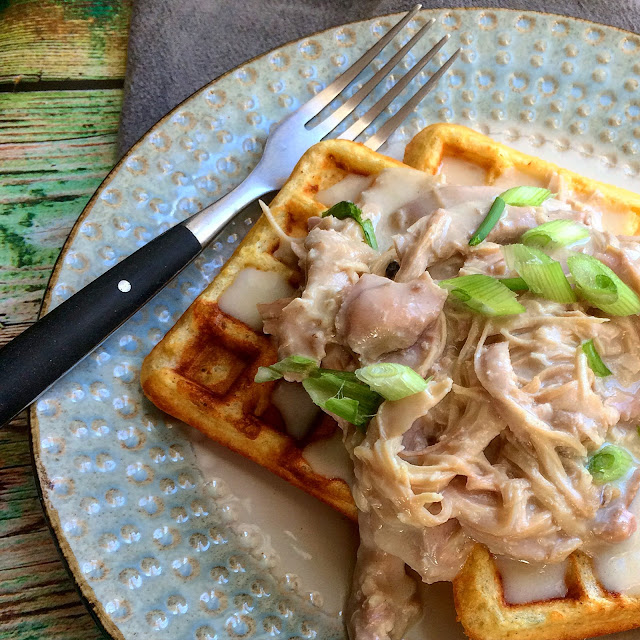 One of my favorite parts of the Summer Fancy Food Show is the new products aisle. Some of the products are truly tasty and seem promising, others not so much. My favorite of the "truly tasty" variety was Runamok Maple. Maple syrup is a bit of a mini-trend at the SFFS - there were at least twice as many maple vendors this year as last, but the total number was still very small.

I grew up eating Mrs Butterworth's on my pancakes, and trying real maple syrup for the first time was a bit of a revelation. Not only is the real stuff not as thick as the fake stuff (which gives tar a run for its money), but the flavor is also much more subtle. (Imitation maple gets its flavor from the lactone soloton, which is found in the herb fenugreek, used widely in Indian cooking. If you've ever found a curry to taste like maple syrup, it's actually the other way around - your "maple" syrup tastes like curry.)

Runamok Maple is definitely the real thing. It's hand-tapped maple sap, concentrated to remove much of the water, then boiled into the golden elixir that many of us know and love. And while Runamok Maple sells this "plain" syrup, which they bottle as the Sugarmaker's Cut, they also flavor their maple. Some are aged in barrels recently used to hold rye, bourbon, or rum, which imparts a distinct boozy taste to the syrup. They also have a line of syrups infused with things like hibiscus flower or elderberries. And then they do an amazing pecan wood smoked syrup that might be odd on pancakes, but works great in a cocktail or in place of bacon in our maple bacon chicken and waffles.

We fiddled around with the original recipe, substituting Runamok Pecan Wood Smoked Maple Syrup for the bacon. Because not everything needs to have bacon in it. No, I'm serious.

To make waffles: Preheat waffle iron. Preheat oven to 250°F and place a baking sheet in the oven.

Combine cornmeal, flour, baking powder, and salt in a large bowl. In another bowl, beat the eggs, then whisk in the milk and butter until combined. Pour the wet ingredients into the dry and stir until combined. Stir in the scallions and sage.

Spoon batter into waffle iron according to manufacturer’s directions. Cook until golden and crisp. Place cooked waffles onto the baking sheet in the oven. Repeat until all waffle batter is used.

To make chicken: Combine all ingredients in a pot. Bring liquid to a boil, then turn the heat down and let simmer until chicken is cooked through, about one hour. Set chicken and the resulting stock aside.

To make gravy: Melt butter in a saucepan over medium heat and whisk in the flour. Cook for about 5 minutes, stirring regularly, to create a light blonde roux. Raise heat and whisk in chicken stock; bring to a boil. After a minute or two, when stock has thickened to gravy consistency, lower heat to medium and stir in the cream and maple syrups. Season with salt to taste and lots of freshly ground pepper.