In the early 2000s, the basic cable channels were peppered with commercials for the Crackpot restaurant. The announcer would rattle off the eccentric list of crab cake offerings like the Hawaiian crab cake, the Caribbean Jerk crab cake, the Cruise Missile crab cake, and their Pounder Plus. The latter was announced with a slightly suggestive lilt in the voice, implying that size really did matter. The Minx and I would joke about these commercials and we swore that we had to check this place out. Then the commercials disappeared and so did our curiosity. Over 10 years later, a coupon appeared in the mail for the Crackpot, so we decided we should finally make due on our pledge.

The Crackpot is a pretty old school establishment and they make no bones about it, even declaring themselves a "retro" restaurant on their web site. Being rather retro myself, I'm all for it provided the food is good. Before diving into some of their signature crab cakes, we ordered some appetizers. I went with the fried calamari since I think it's a good gauge of a restaurant's ability to handle seafood. 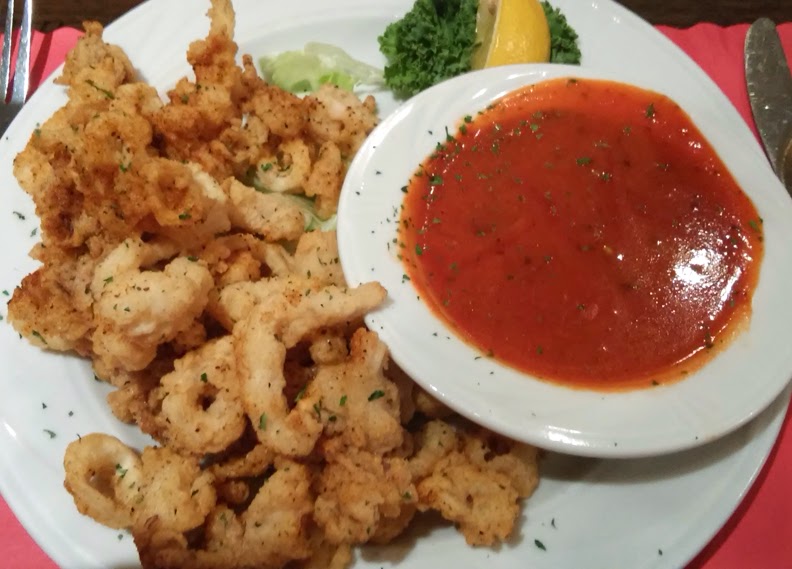 To my relief, the calamari were properly cooked. No rubber bands here. The light coating tasted of Old Bay, and in place of the usual chunky marinara, I was given a thin, slightly sweet tomato sauce that would make for a pretty good pizza sauce. 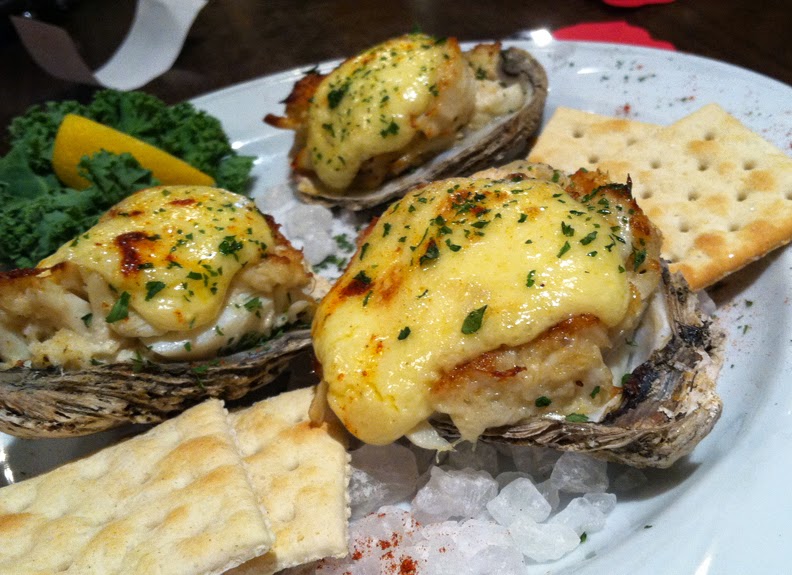 The Minx ordered the oysters imperial. Talk about old school! The sauce had that lightly sweet richness that we remembered from childhood, and the vivid yellow color, too. There was a decent amount of crab involved, and the oysters were succulent and meaty. 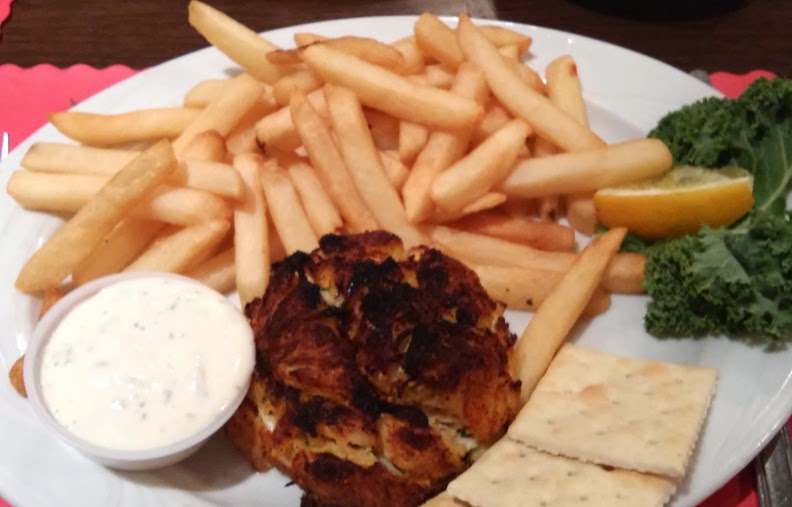 For the crab cakes, we didn't want to go too crazy. After all, a Mexican cake with salsa, onions, and green peppers probably will not taste much like crab against all that spice and sauce. Instead, I opted for the blackened crab cake with Creole seasonings. The cake itself was quite good. Not authentic Maryland crab or jumbo lump, but meaty all the same with very little filler. The Creole seasonings were barely noticeable on the first few bites, but the spice slowly caught up with me as I continued to eat it. 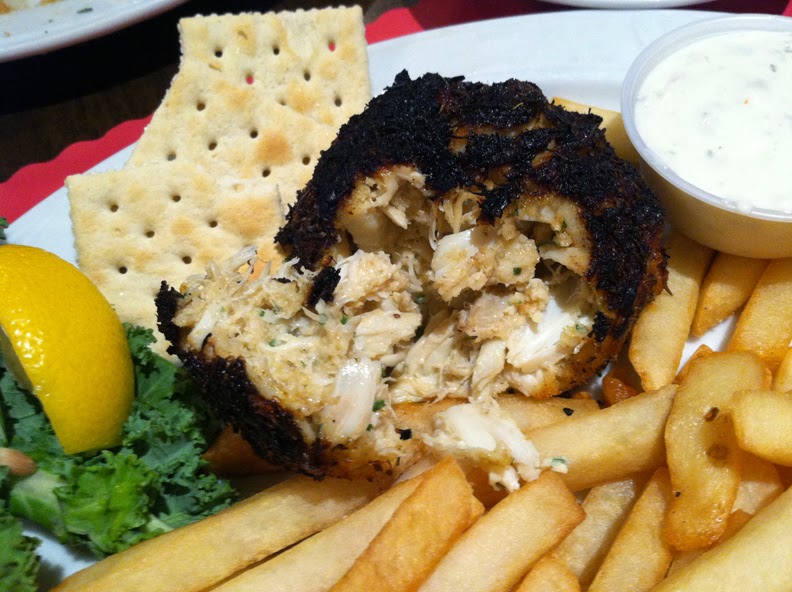 Minx's Caribbean Jerk crab cake looked more blackened on the outside than my blackened cake, and the spices were more prevalent right from the first bite. Not sure that this combination is entirely correct for a crab cake. Ingredients like allspice, nutmeg, and thyme don't really connect in my mind with seafood, but the cake itself was pleasant to eat. Hers seemed to have a bit more stuff other than crab in it, too, but she felt it more "saucy," than "bready," which is a good thing.

The specialty crab cakes were fun to try, but next time we'll likely stick to their "old-fashioned all lump" crab cake (old fashioned and all lump don't quite go together in our minds, but whatever) or some of their other seafood entrees. The Crackpot is the kind of place that reminds me of my youth. Satisfying seafood dishes, families huddled over piles of steamed crabs, and an Orioles game on the television, This is the kind of retro I can appreciate.