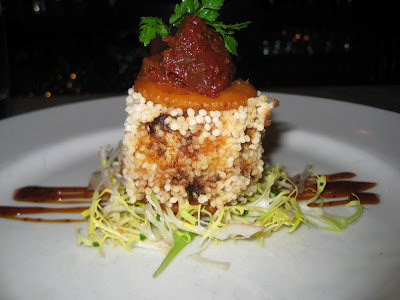 I had a book to read while waiting between courses, but I had a hard time concentrating because I really wanted to sing along to the music playing in the background - a melange of Van Halen, Journey, Aerosmith and other popular hard-rock bands from my youth. Michael and the sushi chef stationed next to the bar did not experience the same compunction and sang randomly here and there while going about their lunchtime tasks.

My branzino was plated simply, with a pile of wilted spinach and a tomato-mint sauce. It was a great choice for lunch. The fish's flesh was fluffy and soft inside a nearly fried-chicken-skin-crisp exterior, and I appreciated the generous quantity of perfectly-cooked spinach. The sauce was rich and tomato-y with a hint of heat and was a welcome accompaniment that jazzed up the otherwise very straightforward flavors. 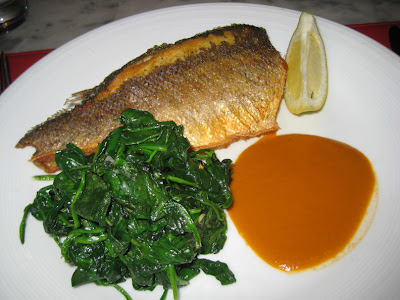 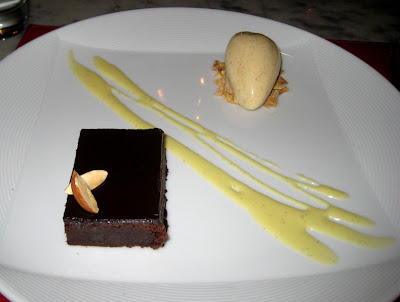 Overall, a very good and relaxing lunch. I sat at the bar the whole time and pretty much had the place to myself. (I guess people eat lunch late in NY.) Nobody rushed me, and at one point the now-friendly manager encouraged me to go upstairs and check out the dining rooms. I didn't take his suggestion, but maybe I will in the future, as I would very much like to dine at Fishtail again.